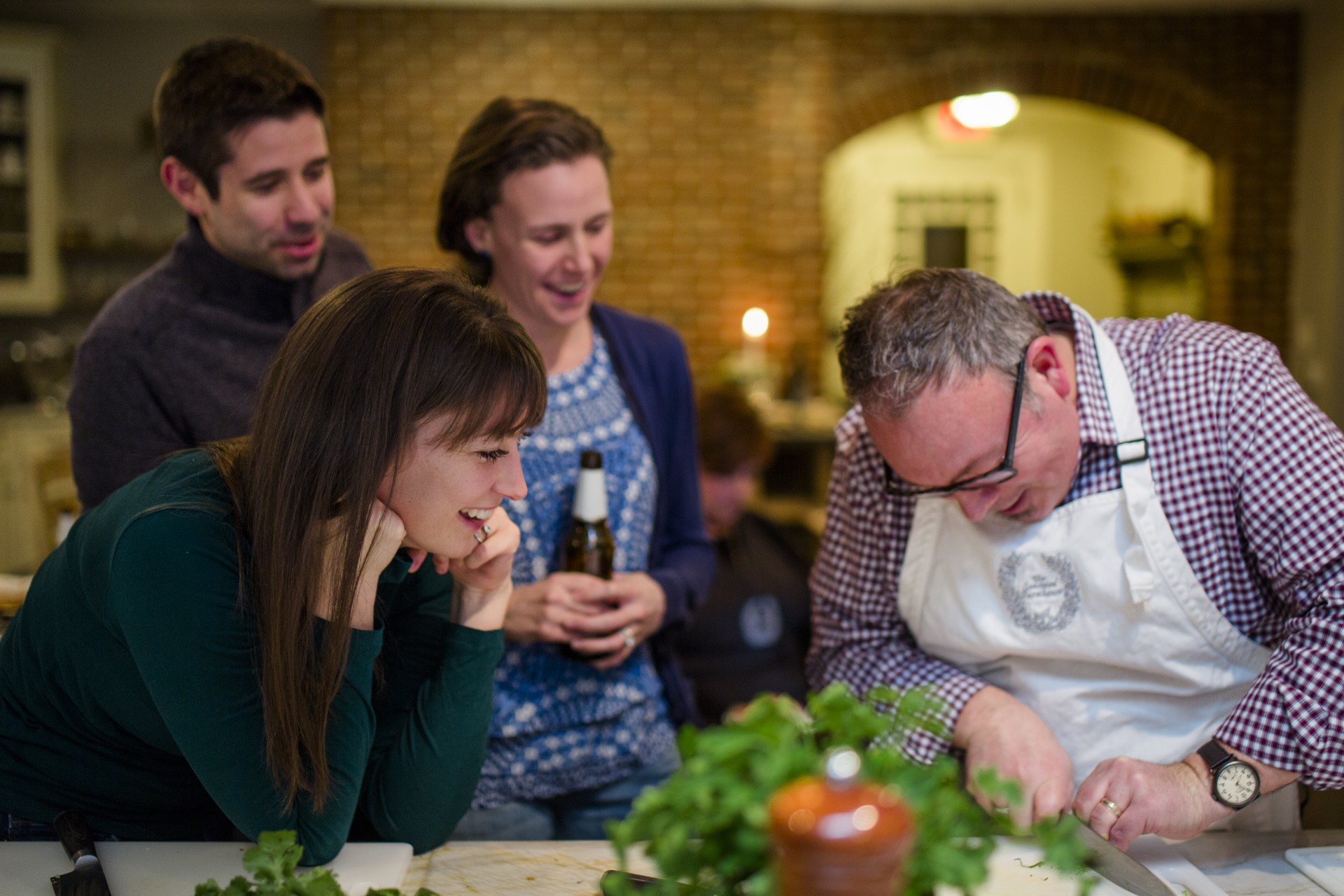 Should you need a permit for concealed carry? New bill says no

Most dinner parties start in the kitchen, and the better ones tend to end there. But some of the best in Columbus actually start in a dentist office—or what used to be one.

Tricia Wheeler, founder of The Seasoned Farmhouse, describes her passion project simply as a recreational cooking school. She arguably sells herself short. The dated dental office in Clintonville that once sat empty has evolved into a rustic, yet refined, community kitchen for ambitious home chefs or anyone seeking to hone their culinary credibility.

It was more than just a second act for the former home, restored to its original residential charm with raised beds of herbs and produce for a rotating slate of chefs. It was Wheeler’s second act as well. Following a short and unsatisfying stint in corporate security after graduating from Ohio State, she found herself at a fork in the road.

The fledgling screening company she started a decade earlier grew and was eventually acquired by an investor for a comfortable sum. Wheeler suddenly found herself out of work, but with an enviable second chance. So she relocated to New York to fulfill her long-deferred dream of going to culinary school—with her mother in tow to tend to her two-year-old, while her husband made the long commute back to Columbus.

“I figured out early on that as much as I loved cooking, I really wanted to share what I was learning with my friends,” she recalled. “They didn’t find cooking joyful as much as tedious, so I was the only one throwing dinner parties.”

The idea that would become The Seasoned Farmhouse started small—not even as a school, but as a series of classes Wheeler initially taught at the M/I Homes Design Center kitchen showroom. The concept was solid, but the space proved restrictive. And what started as nine tiny dental offices was reconfigured into an oversized kitchen and intimate dining room dynamic enough to accommodate several classroom formats.

The Seasoned Farmhouse offers 42 classes, four times a year—an impressive schedule by even traditional culinary school standards. Yet there remains an unexpected mix of luxury and utility, with fundamentals flanked by classes in niche cuisines as well as options like sheet tray dinners, for those looking for creative ways to get a delicious meal on the table fast without the fuss.

One course that remains a perennial favorite is Wheeler’s kitchen fundamentals class, a two-night course taught over two weeks that teaches everything from sweet and savory crepes to how to make a pasta sauce from scratch with what you probably have in your cupboard.

“I like giving students that foundation, that confidence,” she added. “I teach how to make a chicken piccata, it’s the perfect date meal. It’s what I used to make for every date I’ve ever had,” Wheeler confessed. “I started as the main instructor, but our growth has been organic. If someone comes to us, and we like what they do, we’ll give them the opportunity to see how their talents fit.”

This evening’s guest chef for “Thai Date Night” is no exception. Damian Ettish hails originally from South Africa. But his relocation to London, and extended adventures in India and Thailand before immigrating to Columbus, epitomize the unique expertise students have come to expect. He’s used to working solo, but tonight he’ll have more than a dozen sous chefs—some seasoned, some as green as the curry—but all eager to learn something new.

“Cooking for a dozen people is obviously different than cooking on the truck, when you never know how many people are going to show up. So when I teach people to cook, it gives me time to share tips,” Ettish explained. “No one is coming here to learn to slice an onion. But I’ll teach them how to cut one the way I learned to on the streets of Thailand.”

His renowned local food truck, “Fetty’s Street Food” and restaurant chops seamlessly pivot between tricks, like how to cut that onion into tiny boat-shaped slices that better hold the sauce, and his intriguing travelogue, peppered with wry humor and hands-on encouragement.

“I really love these intimate settings. It’s more my style, and you
can focus more on the food and flavors,” he noted. “It’s a lot like a food
truck versus a restaurant. If I can teach people how to do something on a smaller scale, as a couple, then they learn how to do it on a larger scale, like a dinner party.”

Among tonight’s students are Michael and Emily Berlin, who moved here from Chicago five years ago. Emily gave Michael a gift certificate for The Seasoned Farmhouse their first Christmas in Columbus, and they’ve been coming ever since.

“Watching how everything goes together as a home chef is different than just following directions,” Michael observed. “Columbus has an up and coming food scene, so this is what a lot of people are looking for.”

Technique is tough to teach on a recipe card, or even YouTube. Ettish imparts insights more than instructions, like how to cut a bell pepper upside down to leave the seeds behind, slicing a chicken breast for even cooking in a curry, or holding a knife properly to ensure the pungent peanut and cucumber dip for the corn cakes ends up with more pickles than knuckles.

“We’ve done more of the dinners than the classes, but we always pick up a new tip,” noted Emily. “It’s the small things you don’t know unless you’ve been trained in a restaurant or gone to culinary school.”

That first gift came full circle with a birthday party at The Seasoned Farmhouse with family and friends Michael planned as a surprise for his wife. Though Wheeler’s better known sister company, Flowers & Bread, also hosts events, the breadth and depth offered by The Seasoned Farmhouse draws a line between the two as distinct as the difference between a café and a restaurant.

“We’re a gift couples give each other. Then they invite their friends to come with them next time,” Wheeler explained. “It’s why I love being in the experience business. It feels like I’m always throwing a dinner party.” •

For more details and a schedule of upcoming classes, visit theseasonedfarmhouse.com