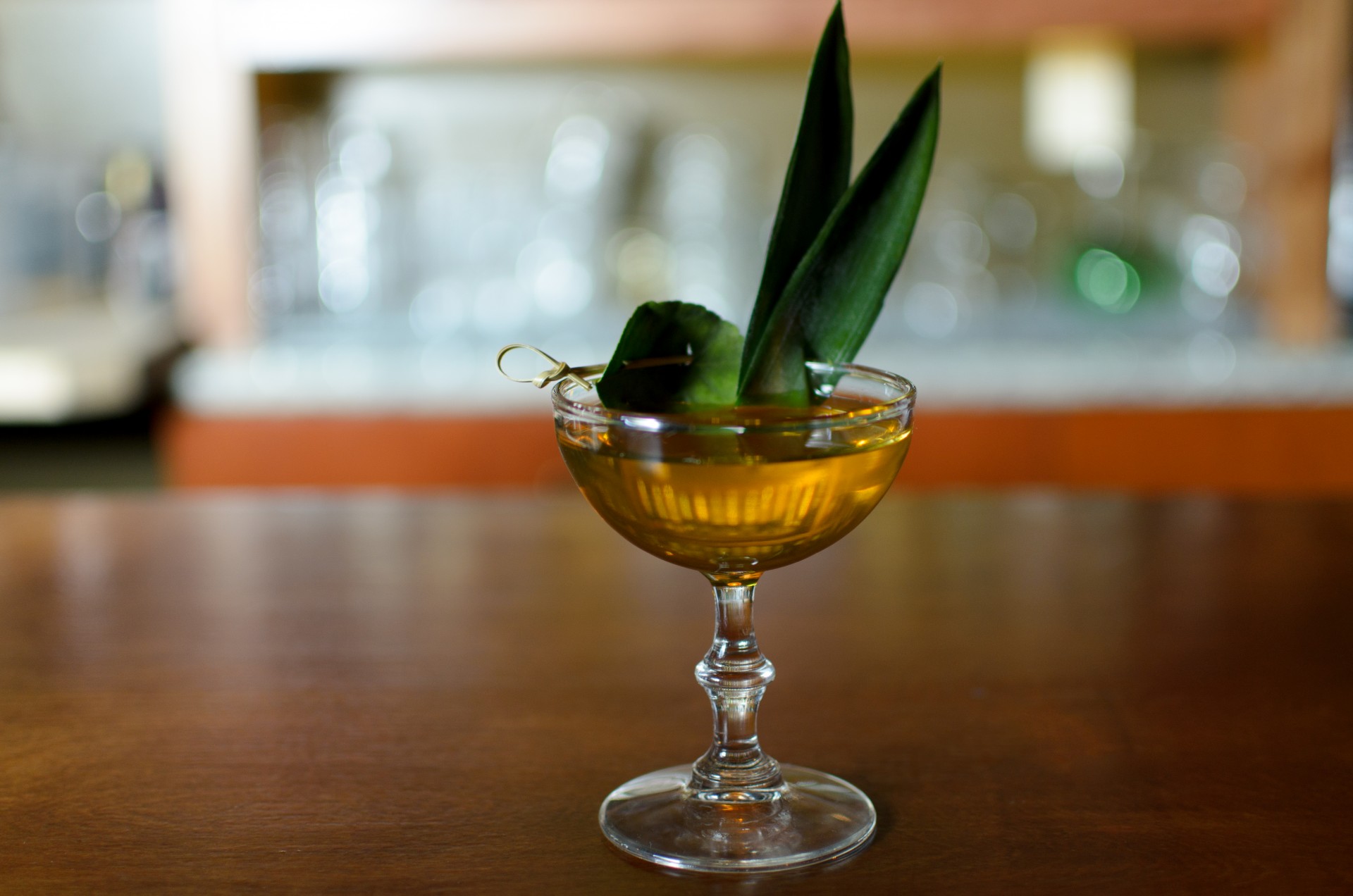 A sample recipe plucked from the depths of the internet advises readers how to craft what is known as a Spicy Pineapple Strawberry Moscow Mule. The litany of ingredients required include chipotle peppers, sugar, pineapple puree, strawberries, ginger beer, lime juice, and vodka.

And while a cocktail like this might ultimately be tasty once it’s completed, does anybody really want to go through the time and expense of emptying out their entire refrigerator and spice cabinet to find out?

Probably not. But don’t worry, because help is on the way.

Christina Basham, an experienced mixologist, longtime bar manager, and current cocktail consultant believes that many craft cocktails—in the greater Columbus area and throughout the country alike—are purposefully becoming more simple, eschewing page-long ingredients sheets for elegant drinks made up of three to four components. “I’ve been traveling a lot and have seen this in major markets and right here in Columbus,” Basham said. “These ingredients lists used to reach halfway down the page, but recently I’ve been noticing that they’re scaled back.” One reason for the movement toward simpler cocktails, Basham contends, comes from a purely logistical standpoint: it’s difficult and time-consuming to source and prepare all of the ingredients for a complex mixed drink. ​Other causes, she believes, stem from a more-informed customer base. As the American craft beer revolution began with drinkers vying for the biggest, hoppiest brews only to eventually find equal value in the understated craftsmanship of lighter styles such as the pilsner or gose, the country’s love of craft cocktails appears to be following a similar trajectory. “I think a lot of this has to do with people just expanding their knowledge of balance and ingredients. It seems like people are appreciating simplicity now.”

And more than just observing this phenomena, the Columbus mixologist and hospitality consultant has embraced it in her own mixological practice. Tasked with creating the specialty drink menu for Duecento IV, the recently opened Italian Village nightclub and cocktail bar, Basham followed her instincts en route to crafting a list of simple but elegant and eclectic offerings.

“I didn’t want to overcomplicate anything. We started with only about six or eight cocktails—no more than that, because also thinking about it from a consumer side, if you give people 30 cocktails, how much longer does it take people to read every cocktail and order? Do you really want to Google all those just to figure out what the flavor profile is going to be like?” Basham asked, noting that like her overall menu, each drink was constructed without many of the superfluous adjuncts weighing down other menus. “A lot of my builds are built off of classics, and there really aren’t that many overcomplicated classics.”

One of Duecento’s signature drinks crafted by Basham, a Negroni offered on draft, is composed of Vim and Petal gin, Campari, and sweet Vermouth. Similarly streamlined is their Old Fashioned, featuring Old Forester, demerara, a bitters trio, and orange. And lucky for you, Basham isn’t the only Columbus drink-maker embracing this simplicity. Lauded Worthington basement speakeasy Light of the Seven Matchsticks, a cinema and literature-inspired spot nestled underneath Natalie’s Coal Fired Pizza has crafted an entire menu off of the less-is-more philosophy, and all underneath the guidance of lauded young Cocktail Director PJ Ford. “Our last menu, we were having all these complicated cocktails where you to put things into a shaker, strain it, top it off with something else; it was like five or six steps, so we wanted to cut down on that. I found that we were kind of relying on using additional ingredients as a crutch. To keep ourselves in check, I challenged the staff. I said, ‘Let’s do whatever goes into the mixer or the shaker, meaning four ingredients or less.’ So now there’s much more purity of flavor, and more clarity with the flavors you are getting,” Ford noted. And while many might think that a stripped-down cocktail, however balanced and intentional in terms of its flavor profile, borders on becoming too safe or even boring, the talented Ford believes just the opposite.

​“We try to make things adventurous. The bar is inspired by cinema and literature, specifically stuff that’s adventure-based. We try to make our cocktails to follow that; we want them to be as weird and out there as possible,” he said. And one of the tapster’s favorite new adventures from their updated menu is a seasonal mixed drink entitled Familiar Parts of Unfamiliar Plants. Billed as a “kind of woodsy, wintry manhattan,” the cocktail lets earthy notes shine, as rum infused with fennel pollen and cinnamon shares the stage with a dash of the herbal-forward Jaeger Manifest. For Ford, the trend of simplified cocktails allows for stronger flavors with greater clarity, a more approachable presentation for customer and cocktail newbies, and overall, just better service. “It’s pretty basic and approachable. This gets us back to being a bartender instead of a mixologist, which is great and all, but not when you have people waiting 20 minutes for a drink. With bartending we can do that: tend to our bar and take care of people.” •

To learn more about the cocktail program at The Light of the Seven Matchsticks,
visit thelightofsevenmatchsticks.com.