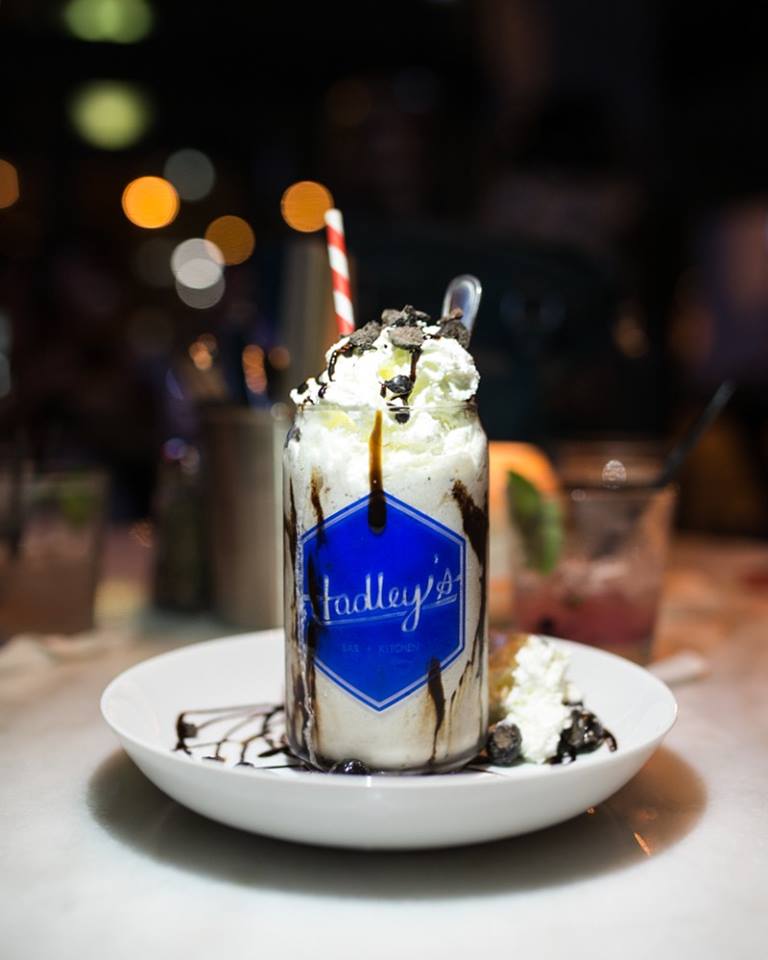 There are few things in life that can turn a terrible situation on its head immediately—and one of them is ice cream. To help you celebrate National Chocolate Milkshake Day, consider this list of five great shakes to be found right here in Columbus.

Rumor has it that Easton/Short North-newcomers Shake Shack mix up a pretty mean milkshake (it’s in their name, after all). If you’re really feeling hardcore, you can opt for one of their concretes – a dense frozen custard blended at high speed with mix-ins. You’ll just have to make it through the line first…

Need a little something for daddy? Hadley’s Bar+Kitchen serves up boozy shakes in flavors ranging from red velvet cake to bacon bourbon maple. If you have reservations about mixing booze and dairy, these shakes will make you a believer.

The milkshakes at this vegan burger joint are so decadent, even staunch carnivores will leave satisfied. Vegan or not, put brownies in a shake and you can do whatever else you want. When your shake comes with a spoon, you know you’re in good hands.

This campus eatery has some of the most underrated burgers in town, and the same can be said of their milkshakes. While their menu doesn’t explicitly include the option for boozy shakes, there is a bar in the back of the place. You figure it out.

If a store that sells bulk nuts and trail mix doesn’t immediately come to mind when you’re thinking milkshakes, you’re in for a treat. Krema Nut Company is known to have some of the best shakes in town, some of which feature ice cream made with their own nuts! Peanut butter and PB&J are standouts, but for the bold, there’s Krema’s hot & spicy peanut butter shake. Now there’s a flavor you won’t find at the average burger stand!

What’s your favorite shake in town? Let us know in the comments!