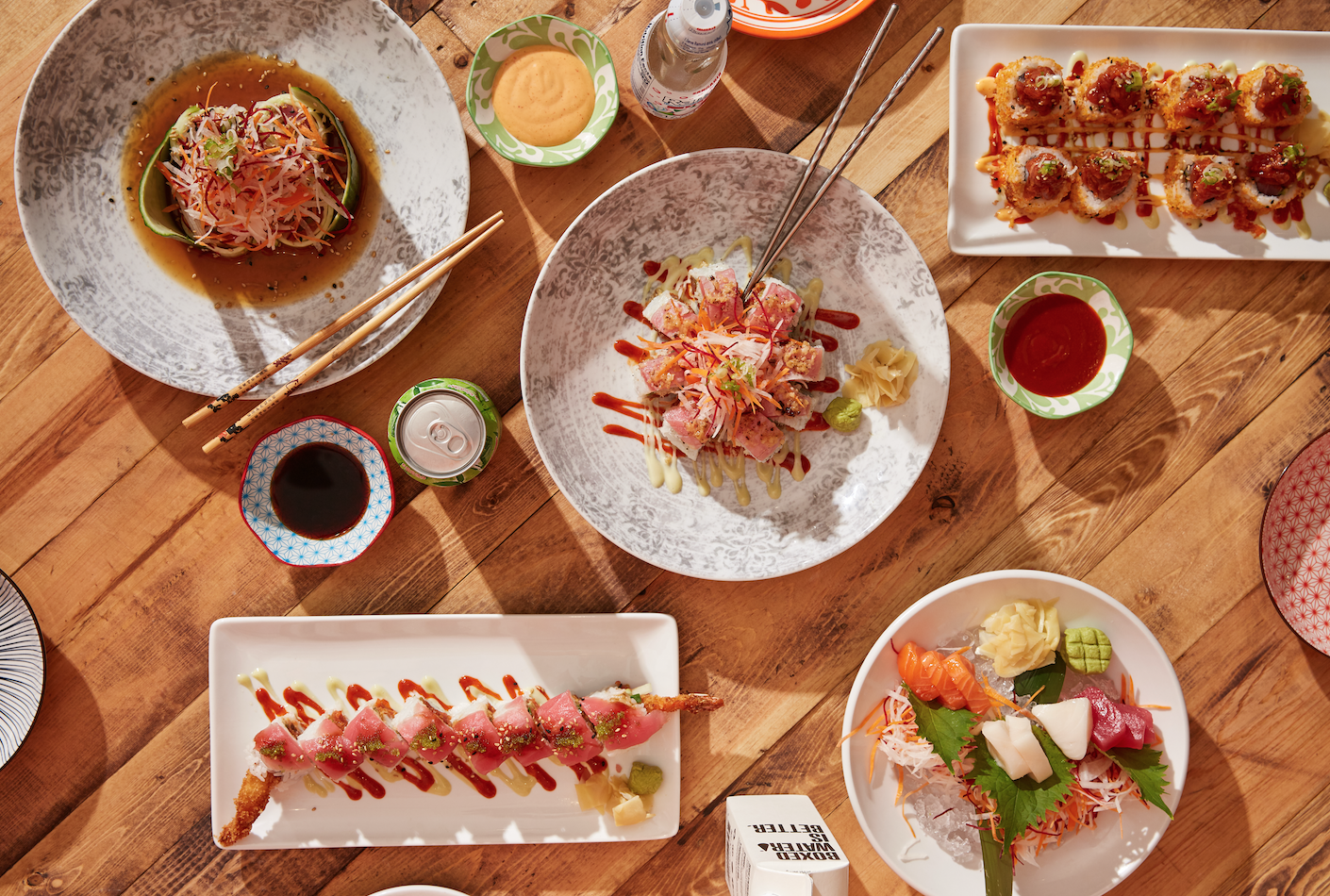 In the tried-and-true narrative of all once-foreign foodstuffs, sushi has gradually made the move from exotic curiosity to mainstream staple in the U.S. From fast casual joints to swank sit-down restaurants and even the cooler section at your local supermarket, the signature dish of Japan is all but inescapable.

Rightly or not, sushi is sometimes treated as a yardstick of civilization—a locale having no place to grab a roll is the mark of a backwater burg. Food deserts and one-horse towns aside, the absence of sushi in a bustling neighborhood almost feels like a glaring omission.

Luckily for diners in German Village, there are people out there who make it their business to spot these deficits—and correct them.

“I realized that there was a void for sushi in the neighborhood,” says George Tanchevski, serial restaurateur and owner of such establishments as Local Cantina. “I feel that I can basically create any type of restaurant concept. In fact, that’s how a lot of the stuff that I’ve done has come to fruition: I realize that there’s a void for that particular item in the market, and I just kind of create it. That’s always been my m.o.”

Tanchevski’s latest endeavor, Jony’s Sushi, brings a taste of the far-east to a neighborhood best known for burgers and beer halls. Situated on a bustling block of Thurman Avenue, Jony’s shares a wall with South Village Grill—one of Tanchevski’s other properties—where the sushi is also available for purchase.

For those who prefer their sushi on-the-go, Jony’s primary means of transmission comes via carry out orders from a walkup sushi bar. Here, tantalizing cuts of whole sh are laid out in orderly rows within a deli-style case.

While viewing the sushi chefs at Jony’s in action is a spectacle in its own right—the cozy environs of the shop itself have been decorated with care to set the sushi eating vibes just right. Various Asian-themed knick- knacks adorn one wall, while a series of pieces from local artist Paul Giovus form a mural of anime characters, pagodas, and a sushi-dragon hybrid on another. Tying all of this together are the ultra-modern flat screen displays that feature the restaurant’s menu, as well as a rotating gallery of mouthwatering shots of the food therein.

Speaking of the menu, the dozen-or-so specialty rolls at Jony’s sport an impressive array of imaginative ingredients. Sushi purists will surely balk at the inclusion of items such as sliced lemons, strawberries, or cilantro in many of these rolls. For the rest, Jony’s offers new sensations that push the conceptual boundaries of the familiar dish into delicious new territory.

For a jumping-off point into this formidable offering of flavors new and old, try the Hot Jony Roll—named, like the restaurant itself, for head chef Jony Ventura. A veteran of the South-Florida dining scene, Ventura points to the influence of his grandmother, who was of Japanese descent, in helping to form his passion for sushi. That love is on full display in the roll that bears his name, which features spicy tuna, cream cheese, asparagus, and daikon, topped with seared tuna and a decadent combination of garlic butter, wasabi aioli and a spicy kimchi sauce.

Thanks to a separate menu of classic rolls in its repertoire, Jony’s is prepared to accommodate purists and less adventurous eaters alike. With familiar favorites such as the spicy tuna or California rolls on hand to soothe the less daring palate, diners can further take charge of their experience with a-la-carte pieces of nigiri and sashimi.

It’s not as though the perpetually hip and cultured German Village was in any danger of appearing “uncool” for lack of sushi. Still, Jony’s arrival on the scene is a welcome addition to the fabric of the neighborhood, filling a void for this culinary mainstay in the area—and in our stomachs.

Jony’s Sushi is located on 195 Thurman Ave. in German Village.