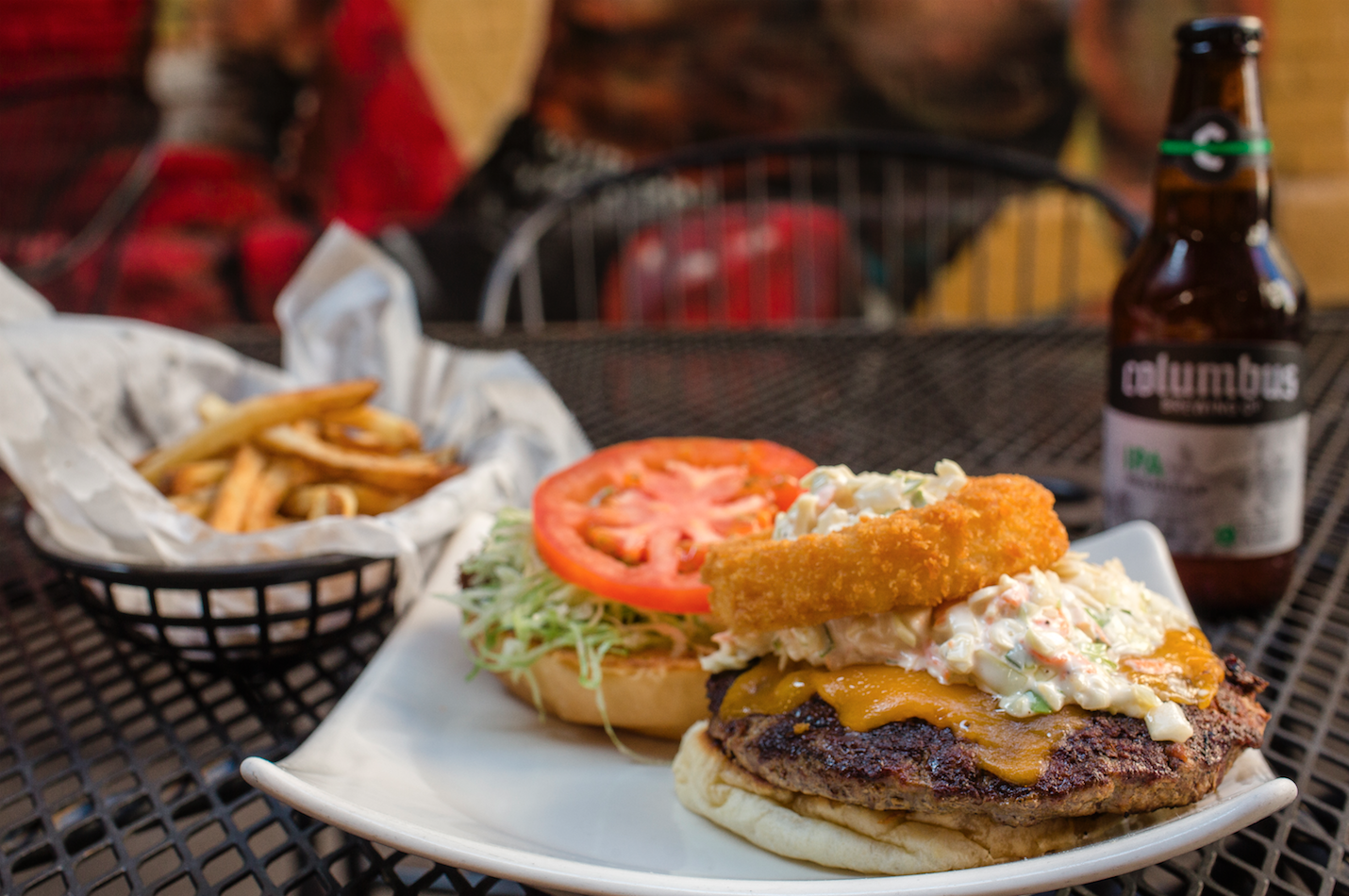 In 1897, the Ohio State Buckeyes were in their seventh year of existence, the Lazarus department store in Downtown was entering its heyday, Samuel Luccock Black was the newly-minted mayor of the city, and the establishment at 19 North Pearl Street served its first glass of hooch.

Today, the Buckeyes are powering through their 129th season, shopping is reserved mostly for suburban malls, Mayor Ginther is at the top of Columbus’ political masthead, and the establishment at 19 North Pearl Street continues to sling spirits.

Recognized as one of the oldest eating and drinking joints in the city, Ringside Cafe is a steadfast pillar of history in a city where development and progress often rise to the top of the agenda. The burgers are juicy, the beers are cold, the lights are low, and the nostalgia runs deep.

It all started in 1897 as the hangout for Columbus’ political powerhouses or, as Doreen Uhas Sauer, Education Outreach Coordinator of Columbus Landmarks and coauthor of Historic Columbus Taverns: The Capital City’s Most Storied Saloons describes it, a boys club. With it being located in such close proximity to the Statehouse, the watering hole attracted Democrats and Republicans alike, looking to talk shop over a pint or two. Whether it was the heated discussions that took place inside, faulty wiring, or another cause, the original building caught fire and burned beyond salvage.

At the time—around the turn of the century—property values along High Street were skyrocketing, squashing any hopes of the owner relocating. And so, it was decided to rebuild on the same site and this time, with a bit more intention. Two famed local architects, Carl Howell and J. William Thomas, took on the task of developing 19 North Pearl Street. At the time, the pair was also building the annex for the Trinity Episcopal Church at the corner of Third and Broad Streets, East High School, residences in Bexley, and several projects in Cleveland’s Shaker Heights.

“It’s unusual to see a bar designed by architects, much less ones that had such a varied career,” said Uhas Sauer.

Howell and Thomas adhered to the then-popular Arts and Crafts style during the rebuild—a trend out of England that celebrated the handmade aesthetic rather than machine-built. Several relicts of this design era can still be found today in Ringside including the dark wood features and carvings, the storybook-style Belgian stained glass windows, and intricate floor tiling.

For several years thereafter, 19 North Pearl Street was known as the Board of Trade Saloon and the Chamber of Commerce Cafe. The upstairs bar and downstairs Rathskeller remained the unofficial after-work clubhouse for local lobbyists and legislators. But, with the temperance movement beginning to take shape, the Chamber of Commerce starkly objected to having their brand associated with a pub. Instead of calling it quits, the decision was made to rebrand to The Jolly Gargoyle and remain open as a tea house and antique shop during Prohibition. According to Uhas Sauer, Columbus didn’t take the ban on alcohol very seriously with many of the city’s residence relying on the industry to make a living. Adrian Rosu, current owner of Ringside, even heard that the “tea” served at The Jolly Gargoyle “smelled a little funny.” But, if you were a lush living in the city during the 1920s and 1930s, there were options.

“If you wanted to get a swig of a cheap alcoholic beverage, all you had to go was do down Front Street where there were theatres and pick it up from some wino who left it under a bush,” Uhas Sauer said. “If you wanted the expensive stuff, you’d go over to the Statehouse bushes where legislators ditched their bottles.”

The Jolly Gargoyle had a successful run through Prohibition, but the 1960s called for change. Clem Ambrose took ownership of 19 North Pearl Street and put a lasting stamp on the establishment. Being the “jovial, genial host” he was, Ambrose was attracted to the bar’s atmosphere because it reminded him of a bustling little New York deli. Also a New York City enthusiast, famed Columbus artist George Bellows had an affinity for painting scenes from NYC’s gritty boxing matches. Ambrose acquired a recreation of one of these scenes, specifically one that Bellows had painted himself into as if he was watching the contest of strength and toughness unfold—a ringside view, if you will. Naturally, Ambrose deemed the space Ringside Cafe.

“Clem is supposed to be at the end of the bar,” said Uhas Sauer. “It’s the seat he always sat in. That’s the kind of thing he liked to do; he liked to be part of it all.”

While Rosu can’t corroborate Uhas Sauer’s paranormal tale exactly, he admits he believes his bar is haunted. From being in the basement and hearing commotion upstairs when the place is empty, to security footage capturing strange lights moving through walls, to restroom doors opening at will, Rosu and several members of his staff have had experiences they can’t explain. But after calling Ringside his own for 11 years, Rosu doesn’t get too shook up about such oddities anymore. What Rosu feels more strongly about is holding the key, literally, to an important piece of Columbus’ history.

“Columbus is definitely an up-and-coming city, but they’re really good about keeping a lot of the architecture intact. It’s good to see.”

Ringside Cafe is located on 19 North Pearl St. For more information on the restaurant, or for hours and operations, visit ringsidecolumbus.com.