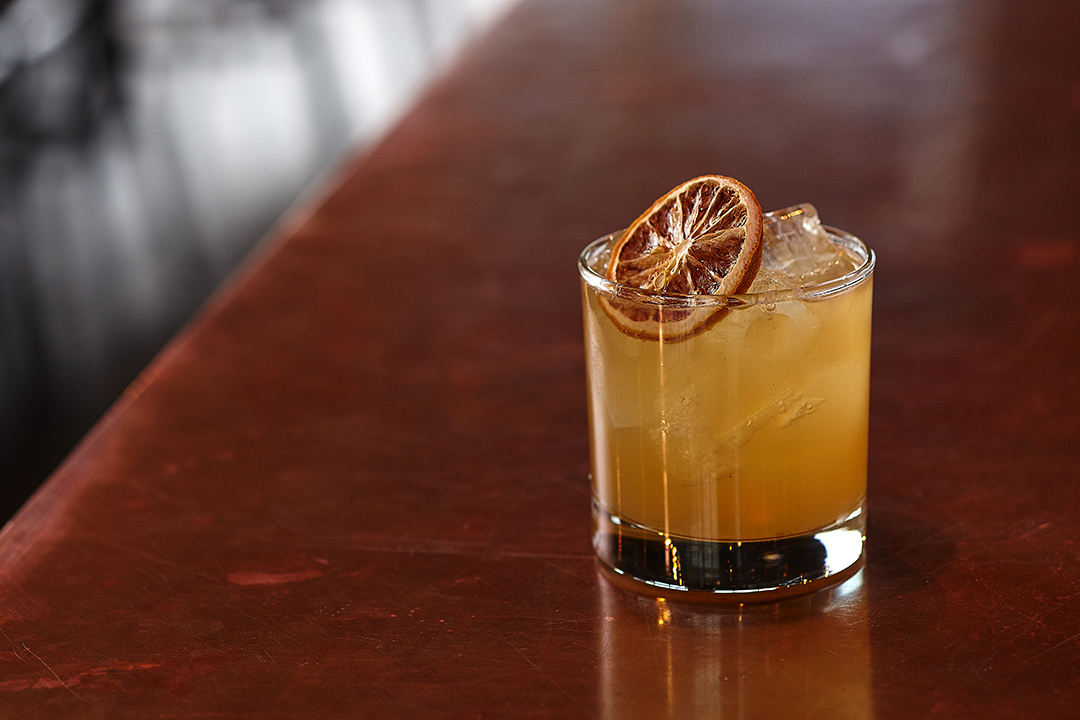 For Columbus writer Shelley Mann, the lifestyle that came with her role as food and beverage editor for publications such as Columbus Alive and Columbus Monthly came to be too much. Nights spent drinking with friends coupled with work that found Mann in several bars a week began to take a toll on her creativity.

“All my spare time before would be spent at a bar, or hung over, unable to string words together,” Mann explained. “I made the decision to stop drinking because I wanted to, because I thought my life would be more manageable and enjoyable if I wasn’t hung over every day.”

Mann gave up alcohol three and half years ago, and has since gone on to launch her own marketing firm, Umami Consulting. Though steadfast in her commitment to leave booze behind, she continued to feel the pull of certain aspects of the bar scene.

“I really missed going to a bar and ordering a cocktail, all the ingredients and effort that goes into it,” said Mann. “I missed that part of drinking, and I have been looking for substitutes— ways I can go out and feel like nothing’s different.”

Mann is not alone in her desire for normally-priced, expertly-crafted non-alcoholic options. Still, large segments of the population who avoid alcohol for many reasons are often left out of consideration in bar menus. Though choosing not to partake, many non-drinkers nevertheless find themselves
in these spaces due to the role that bars play as hubs for social gathering.

In order to reach non-drinkers with options tailored to fit their needs, several Columbus area watering holes have added “n/a” options to their menus. (Just don’t call them “mocktails,” a word that is viewed with growing disdain among fans of expertly crafted zero-proof drinks.)

Leading the charge in the push for non-alcoholic options is the kitchen and bar at Watershed Distillery in Grandview. While the primary business may be all about the hard stuff, n/a drink options have been on the menu since May 2017.

“I spend a lot of time in Chicago, and I noticed every cocktail bar I went to included options without alcohol, or at least some language on how to start a conversation with your bar person to concoct something no-proof,” explained Watershed bar manager Josh Gandee. “So we thought,
‘Why not here?’”

Currently in Watershed’s growing n/a rotation are drinks such as the Banana Up-Do—an alcohol-free take on the classic pina colada, and the Winter N/Agroni, which is, you guessed it, a booze-free Negroni. Drinks in the n/a section are priced around $8 or $9, reflecting the quality ingredients and technique involved in their service.

Joining Watershed in the n/a movement is Franklinton bar and restaurant Strongwater, whose line of alcohol-free libations come in the form of drinking vinegars known as “shrubs.”

“I think my interest in the non-alcoholic beverage program came from when my best friend was pregnant. It wasn’t until then that I realized how much casual socialization revolves around drinking or being in a bar,” said Conrath. “Once I started thinking about it, I realized there are people who don’t drink for religious or dietary reasons, so it just seemed like a really fun thing to play with that there would be demand for.”

Not satisfied with alcohol-free spins on standard cocktails, Conrath sought a unique take on the n/a concept. This path eventually led to shrubs as Strongwater’s primary zero-proof offering.

“It’s a lot of educating people about what [shrubs] are. When you say, ‘It’s a drinking vinegar,” that doesn’t necessarily sound that appealing,” Conrath explains of the unique beverage, which dates back to the American Colonial period.

Tart and subtly sweet, Strongwater’s pomegranate-rosemary shrub is refreshing, with mild effervescence suggestive of kombucha. The blackberry shrub is infused with allspice and anise, evoking holiday memories through generous use of spice.

Joining Watershed and Strongwater, local favorites Mouton, Comune, and Veritas, are among the growing list of Columbus establishments to feature n/a options as part of their regular menu. This phenomenon speaks to the fact that those who choose not to partake in alcohol are still likely to meet socially in bars, and they’re willing to pay for a full experience.

While n/a cocktails might never overcome their boozy peers as top-earners for bars and restaurants, many still find value in providing their guests with the option. This is not just another menu item, but a move toward better inclusion, offering those who choose not to imbibe with an equal spot at the table—or bar.