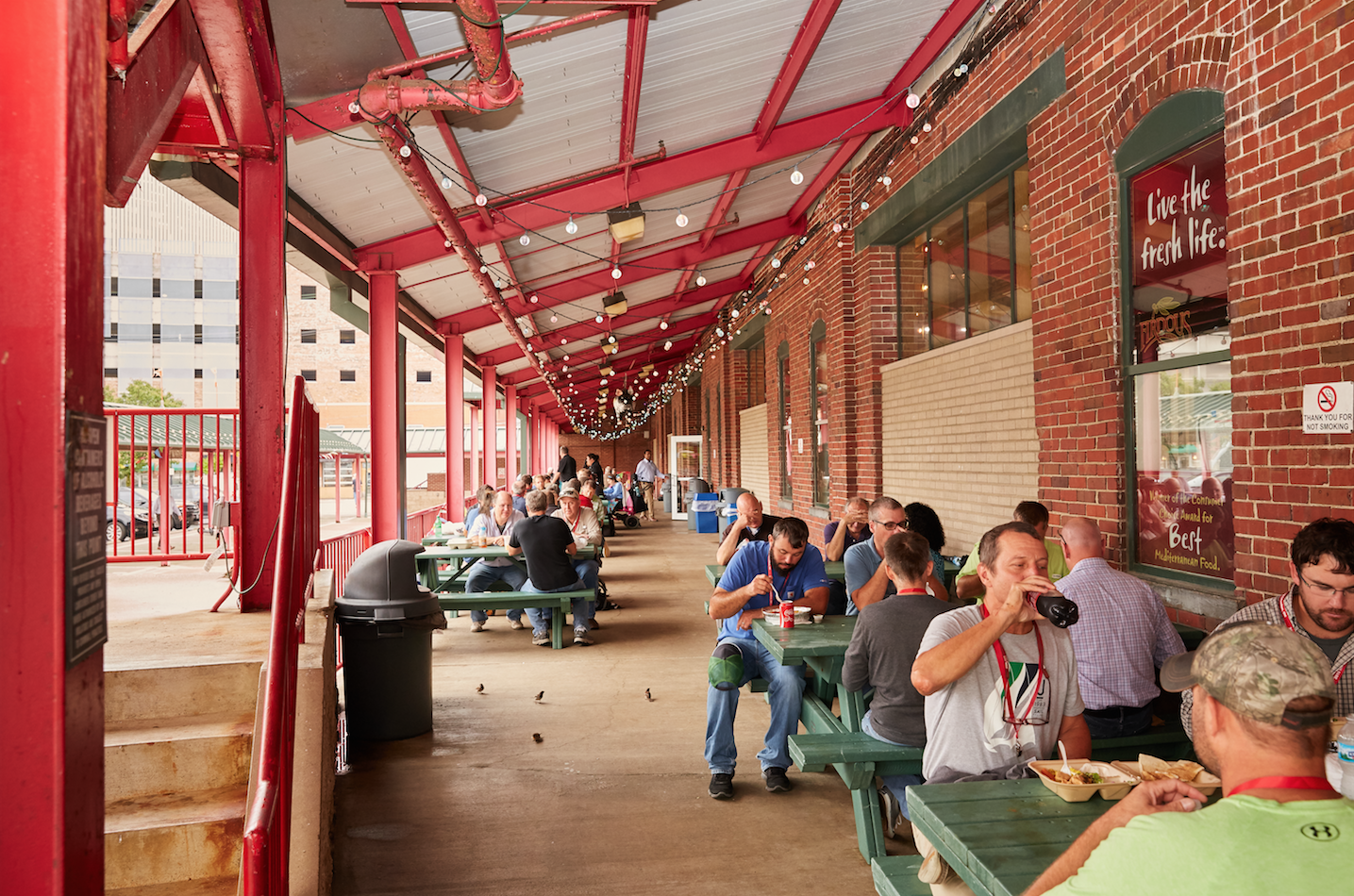 Ever-changing, always evolving, the North Market today serves as a cultural touchstone to what Columbus has become. Before there was an Arena District, the Greater Columbus Convention Center, and trendy shops all along the Short North, there was a place where community members could pick up fresh produce and goods. It was, and still is, an integral part of Columbus life, but now it plays a different role.

READ MORE: North Market Past: A history of the 143-year-old business

The North Market used to be a spot where beef, poultry, vegetables, and all of the options in between were available before the days of the supermarkets. There wasn’t a Kroger down the road where you could grab a pound of ground beef for dinner that night. Rather, it was perhaps your neighbor or friend who ran a butchery during the day. But that was in the late 1800s, and now with the amount of foot traffic and diverse options, the North Market has become a staple for the lunch rush as well as those going about their weekends in the downtown area. It’s one part food hall, one part farmers market, and every bit at the forefront of what has happened over the span of a century and a half.

What the North Market leverages is community and diversity. It could be easy to fill up vendor spots with burger joints and other Midwestern classics, but Rick Wolfe said he wanted to take a different approach to give our city fresher options. Here, you’ll find Somali food, the national cuisine of one of the city’s largest immigrant communities, and the opportunity to experience a dish that’s otherwise rare in Columbus food encounters. There’s also Middle Eastern food, Indian options, and of course, there are still relics of grab- and-go-style ordering which grew the North Market to fame, filling a niche larger grocers could not. While you won’t find everything you need at the North Market—kitty litter, light bulbs, trash bags—there’s still a connection between farmers, crafters, and brewers with the community at large.

“You have to look at what’s happened around us now,” Wolfe explained. “Back in ‘95 when we moved into this building, there was no Arena. The Convention Center was just coming, there were a lot of boarded-up buildings. We have a million and a half to two million people coming here. I’d estimate that about 40% of that is tourism from the Convention Center.”

With the changing customer base comes different ways to serve, something the North Market has striven to do throughout its history.

“If we were still a fresh-only market, people would walk in and say, ‘Wow! This is really cool, but I’m not really taking a head of lettuce back to my hotel.’ We have evolved with our merchants on who comes through the doors.”

Now, the North Market can be broken up into three parts: fresh options, baked goods, and prepared food. Since Wolfe came aboard in 2013, things have changed, and he says that’s a good thing. Change is inevitable, and the North Market is all too familiar with it. His strategy for growth has been somewhat of a revolving door. The North Market serves as an incubator for local offerings to grow and learn as a business, but also it can serve as a place for vendors such as Market Blooms, which has called the North Market home since 1990, to become a known presence.

“It took me a while to wrap my arms around here and assess each individual’s needs,” Wolfe said. “And it’s not a coincidence. My mindset was—we have a lot of great prepared foods and international folks that are living in different parts of the city, but you’re not seeing it down here.”

As an example, Wolfe mentioned Lan Viet, a Vietnemse restaurant offering options such as bahn mi and the ever- popular pho. When Lan Viet first moved into the North Market in 2010, it was probably described as “exotic,” but now alongside merchants such as Firdous Express, a Mediterranean restaurant, and Satori Ramen Bar, the overall feel is one of authenticity.

The North Market now stands on the brink of a makeover, and many have questions about what changes will be coming down the road, quite literally. How will construction impact the merchants? Will parking still be accessible? What steps can be taken to make sure businesses are protected throughout this process?

“Will there be disruption? Of course there will be disruption, but will we close? We will not,” Wolfe said. “We have to get super creative on how to minimize the disruption for you—the community, the tourist, the convention folks—to get in and out of here without being too much of a pain in the ass. It’s not 100% avoidable, but we are working very hard to minimize that disruption.”

As of now, things are still full speed at the North Market as construction hasn’t quite picked up just yet. Brittany Baum, founder and owner of Brezel, a Bavarian pretzel merchant, notes that there are fears looming with the unexpected, but remains hopeful. She, like many other vendors and merchants, has been able to cultivate a team that has up to five years of experience under their belts.

Brezel has incorporated the use of food delivery services like UberEats, DoorDash, and PostMates to counter the number of customers lost to parking or traffic issues.

Another strength of the North Market is the tight-knit community that has grown throughout the years—the type of support that doesn’t give up easily. During off times, it’s no surprise to see an employee of Brezel dropping off a few pretzel sticks to the nearby Jeni’s in exchange for a scoop of ice cream.

“It’s all the businesses together that have this kind of neighborhood feel,” Baum explained. “When we are in there working with our nearby neighbors, we can quickly ask, ‘Hey, we are out of this, Can we borrow this?’ and they can ask us for things, too. So it’s a really nice vibe for not just customers, but also business owners as well.”

For Wolfe, one merchant going out of business during this project is unacceptable. His perspective on the construction remains hopeful and the future still looks bright. He mentioned that sales are at an all-time high, the merchant slots are all full, and he refuses to lose any momentum.

“These are the times in life where you make moves like this at your strongest—you don’t wait until it’s too late. And I’ve said this to everybody from past, present, and future, there’s been an evolution since 1876. This is our third building on this piece of property and we are the last one standing in this part of town. The only way we’re still here is we’ve accepted change, we’ve adapted to change, and we’ve stayed ahead of change.”