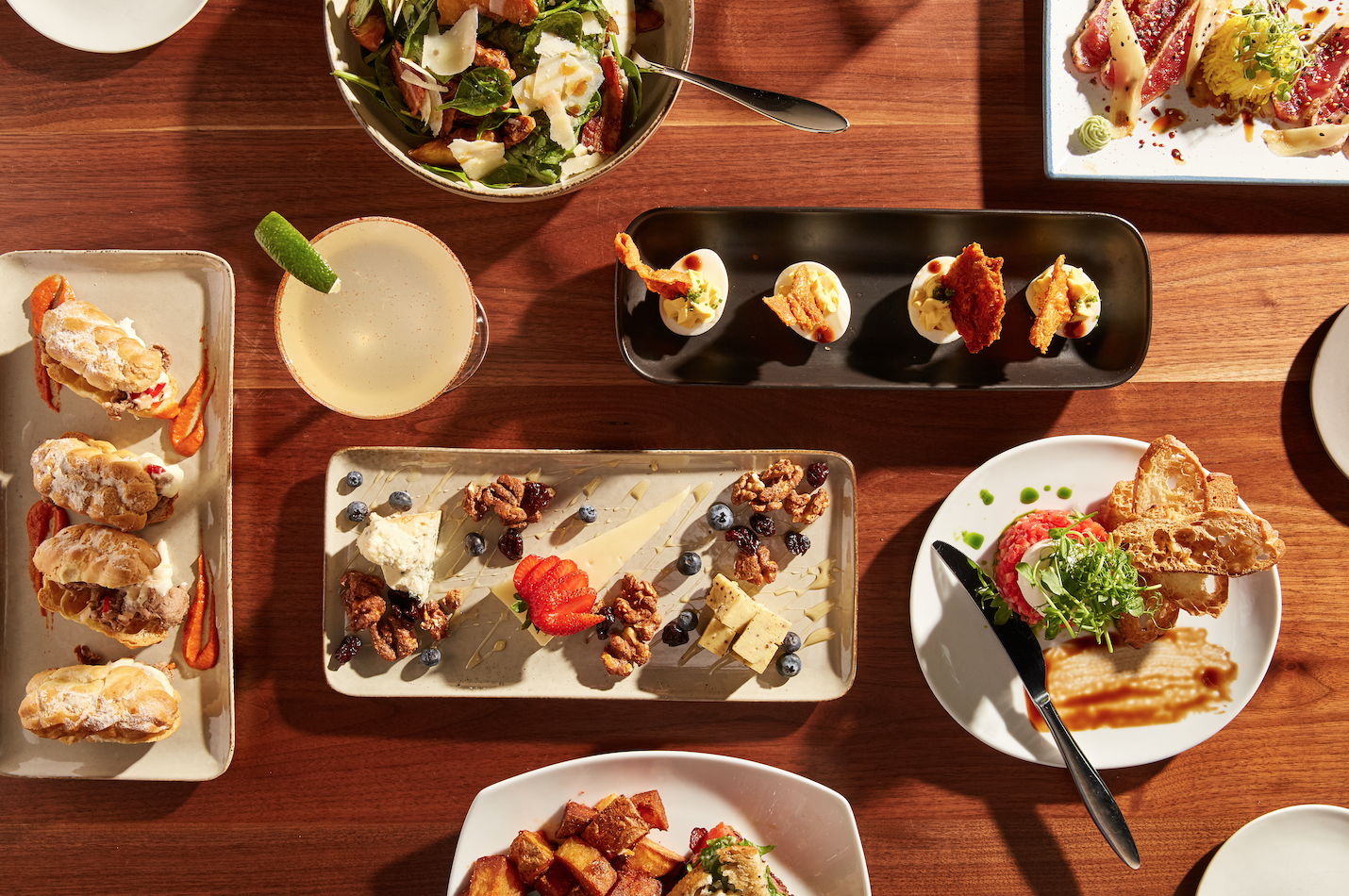 New water attraction could be coming to Columbus

As the longest continuously-running road in Columbus at 13.5 miles, it’s no wonder that High Street is the mainline for eats in the 614. From fast-casual on campus to the latest trendy rooftop joints in the Short North, the character of High Street dining is as varied as the neighborhoods it connects.

Then there’s downtown. While Columbus is a few years into the trendy return to urban dwelling, the city is still light years away from the thriving downtown nightlife found in many comparable metro areas. This is not to say that there aren’t a few quality places to grab a bite on High downtown; what’s there is good, but spread thin. With more people flocking to the convenience of an urban lifestyle, there’s plenty of room for more.

Giving people a new, versatile option in the reinvigorated downtown is the goal of the team behind newcomers Nosh on High.

“We were approached by Columbus Downtown Development Corporation when they were looking for someone to take over the old Mojo Lounge spot, and thought we’d be the right people to do that,” explains Nosh co-owner Kevin Jones, whose team includes a who’s who of seasoned industry professionals from such favorites as Milestone 229.

One such talent is executive chef Benjamin Kershaw, who most recently served as sous chef at Milestone and is a 17- year veteran of the culinary arts.

Specializing in small plates, Kershaw’s menu is inspired by world travels, but tailored to a Midwestern palate. Handhelds such as the Duck BLT or the Philly Dip sandwich—which combines the best aspects of a Philly cheesesteak and a classic French dip—offer elevated takes on familiar favorites. Appetites of all sizes will find something to enjoy at Nosh, thanks to an extensive list of entree offerings from both land and sea.

While it’s easy to make a satisfying meal out of a visit to Nosh, Kershaw’s creativity shines through on the restaurant’s extensive list of sharables. Similar to tapas, diners would do well to order a few items from this section of the menu to share with friends (or scarf down selfishly). Nosh’s version of tater tots, for example, will leave you wondering how you ever did without cauliflower in the lunchroom staple.

Nosh’s beverage program is headed up by general manager Rusty Scarberry, Jr. Though it wouldn’t be Columbus dining without a curated draft beer lineup, a selection of off-the-beaten-path wines are central to the restaurant’s offerings. In another tip of the hat to Nosh’s upscale-yet-approachable vibe, cocktails are a point of focus. With a cocktail lineup designed to meet the evolving tastes of clientele, Nosh is poised for success with the after-work and late-night crowds.

As for the space itself, the environs at Nosh sport the same elevated, eclectic air as the food and drink. With a spacious patio, a plant-filled dining room set off by gallery-quality lighting fixtures, and a welcoming bar, the restaurant seems equally fit for a serene lunch or a fancy night out. For larger groups, a magnificently appointed banquet area, complete with a longtable worthy of a medieval dining hall, offers a dining experience like no other.

Nosh is not the first eatery to plant a flag in this stretch of downtown. While some establishments have been embraced as part of the fabric of the reinvigorated city core, many others have fallen by the wayside. Still, Jones feels confident that the time is right for a concept like Nosh.

“I feel that it’s the right time to put something like this down here. Other restaurants have tried, and they might have been just a little early with the development,” says Jones. “With all of the new apartments and condos moving downtown, people are looking for more options. There are nine condo developments within a quarter mile of this restaurant, and that was one of the things that really attracted us.”

Without much nightlife to speak of, many downtown restaurants depend heavily on lunch traffic. For some assurance of success in the current climate, fast casual fare is usually the safe bet. But for a real downtown dining scene to catch fire, the first step will be giving people somewhere to go. Taking the leap into full-service, Nosh on High could be the trendsetter in redefining the downtown food scene as we know it.

Nosh on High is located at 149 S High St. Visit noshonhigh.com for a menu and hours.