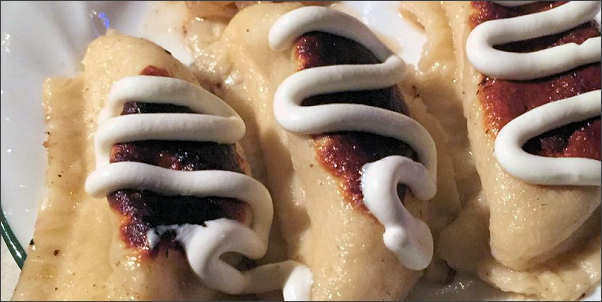 Short North parking: How much you’ve paid in tickets so far

The site is home to a historic building built in 1889 that was once home to the German Village Town Hall, and later housed the first Max and Erma’s restaurant from 1959 through 2017.

Also opening in the Kollektiv space is the new watering hole Wunderbar, which will handle draft beer, wine, and spirits duty while Pierogi Mountain takes care of things in the kitchen.

With a menu highlighting traditional Polish fare like house-made kielbasa, chicken paprikash, and of course, pierogis, Peirogi Mountain’s menu also features numerous vegan options, as well as some modern twists on old classics. Pierogi’s seasoned with Old Bay, vindaloo-style pierogis, and pierogi’s stuffed with beets have graced the menu in the past, with more surprises surely in store for the new location.

Pierogi Mountain’s new spot joins its popular post at Cafe Bourbon Street at 2216 Summit St, which has been featured in an episode of the Food Network’s Diners, Drive-Ins & Dives.