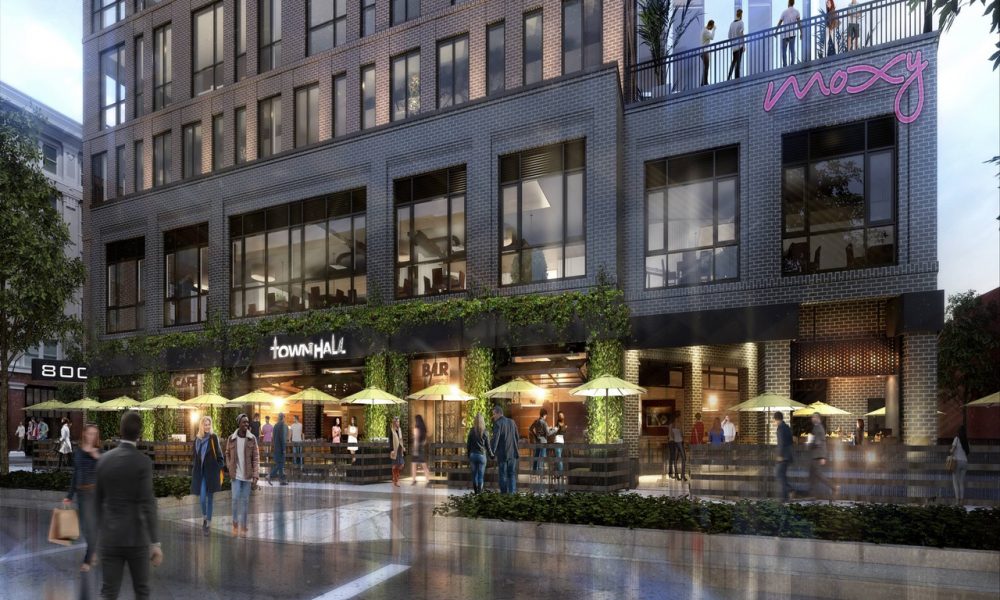 Healthy eaters have reason to rejoice as a popular Cleveland restaurant announces its expected open date. TownHall, an American-style, non-GMO eatery with a bevy of vegan and vegetarian options, will open in the Short North in mid-January.

The flagship location of TownHall offers an extensive menu of protein bowls, appetizers, salads, handhelds, flatbreads, dinner plates, and desserts. Specialty nights including Vegan Mondays and Kaleo Wednesdays are also presented at TownHall Cleveland. Brunch, juices, smoothies, and an assortment of coffee drinks are available, too.

More on the specific offerings of TownHall Columbus as the open date approaches.

In addition to a cafe and sit-down restaurant on the first floor, the TownHall development at 800 N. High St. will also feature a rooftop bar/lounge called Republic at the Moxy to open at a later date, reports Columbus Business First.

The 10-story, $54-million project is brought to us courtesy of Crawford Hoying. A 116-room Moxy Hotel by Marriott and a WeWork coworking space will also be tenants, reports Columbus Business First.