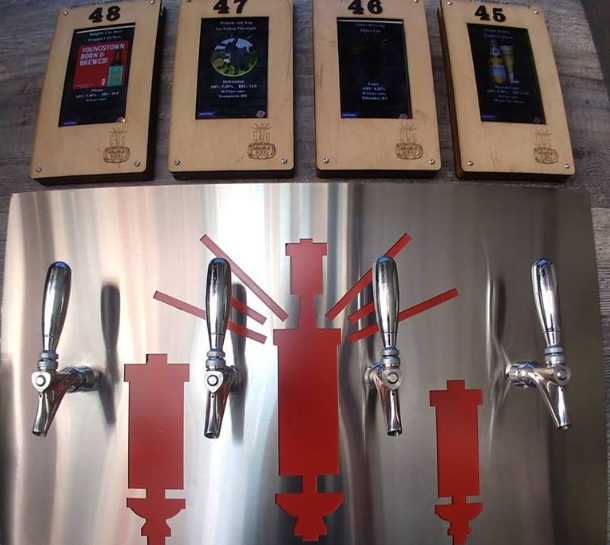 Ever wanted to be your own bartender? A Youngstown based concept wants to put the tap handle in your hands.

Whistle & Keg, a self-service craft beer taproom, is planned to open this summer at 343 N. Front Street in the Arena District.

A unique “pour-your-own” concept which originated in Youngstown in 2017, Whistle & Keg is the brainchild of brothers and co-owners Joe and Mike Thomas (no relation to yours truly). A second location is already open in Cleveland.

“The spotlight on the Arena District keeps getting brighter, and we’re excited to be a part of it,” said the Thomases via a press release. “Whistle & Keg is a true tasting room, where people have the freedom to pour wine and mead and beer and cider from 50 different self-serve taps. Sports fans, concert goers, happy hour drinkers alike are going to love this concept. You pay for what you pour – try an ounce or pour a pint.”

The 2,500 square-foot taproom will showcase the original architectural features of the Moline Plow building built in 1913, which is now listed on the National Registry of Historic Places. The interior features 12-foot-high ceilings with large bell-shaped columns throughout and an expansive outdoor patio overlooking Battelle Plaza and the arena.

When open, Whistle & Keg: Whistle & Keg will feature 50 self-serve taps. The taproom will also have an open food policy, allowing patrons to bring their own food or get food delivered direct to the taproom.

According to the Thomas brothers, their taprooms are the first in the Ohio to adopt the pour-your-own model, which is already a hit in other states.

“The pour-your-own technology used by Whistle & Keg is fun and simple for patrons to use,” they said. “It’s very popular in some of the country’s hottest beer markets like Phoenix, Denver, Miami, and Tennessee. It will be impossible to resist in a market like Columbus.”

Be bartender for a day when Whistle and Keg opens this summer. To learn more, visit www.whistlekeg.com.