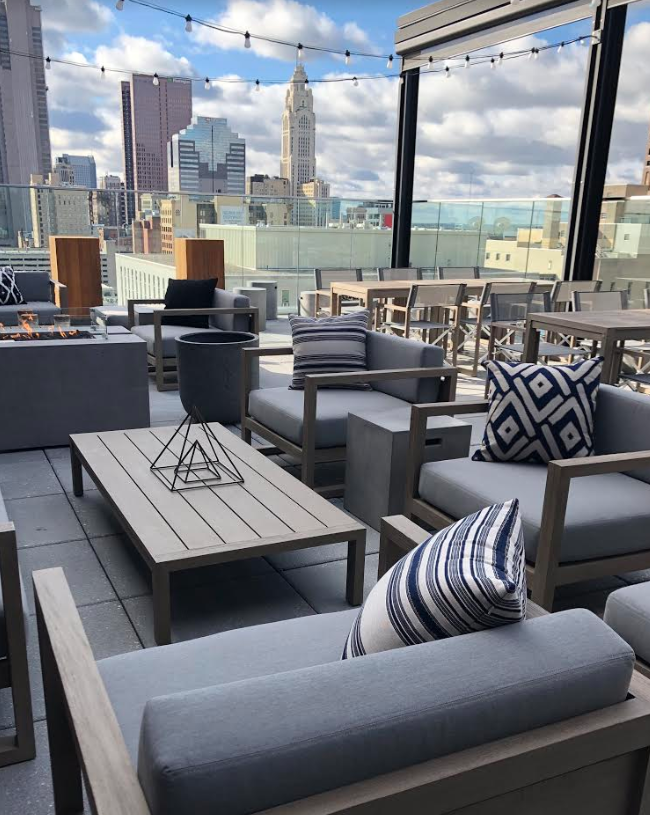 Photo Gallery: A glimpse into the madness and merriment of Ohio Renaissance Festival

The sprawling new concept features indoor and outdoor seating for up to 200 guests, and is open daily for dinner and drinks at 4:00 pm.

“Our menus are driven by the local bounty of Ohio and the Midwest to produce creative New American Cuisine,” Goodale Station Executive Chef Tripp Maudlin said in a statement. “Working with local farmers and artisans allows for the inspiration and creativity in the kitchen.”

Can’t wait to experience everything this new rooftop destination has to offer? Check out this gallery to see what wonders await at Goodale Station!

Central Market House restaurant on the ground floor will act as the hotel’s main food provider with breakfast, lunch, and dinner. The menu will feature a flexitarian (semi-vegetarian) menu of local and healthy options.

A dedicated elevator will take guests to Goodale Station, which offers stunning views of Downtown Columbus, the Short North, and Goodale Park. Goodale Station will feature a Southern-inspired menu for dinner and small plates along with craft cocktails open each day at 4:00 PM.

The Central Market House is named after Central Market which served as the central economic center of Columbus from 1850 until 1966, while Goodale Station pays tribute to Dr. Lincoln Goodale, one of Columbus’ founding fathers.

Other features of the Canopy hotel include:

The Columbus location is one of only six other Canopy hotel in the United States.