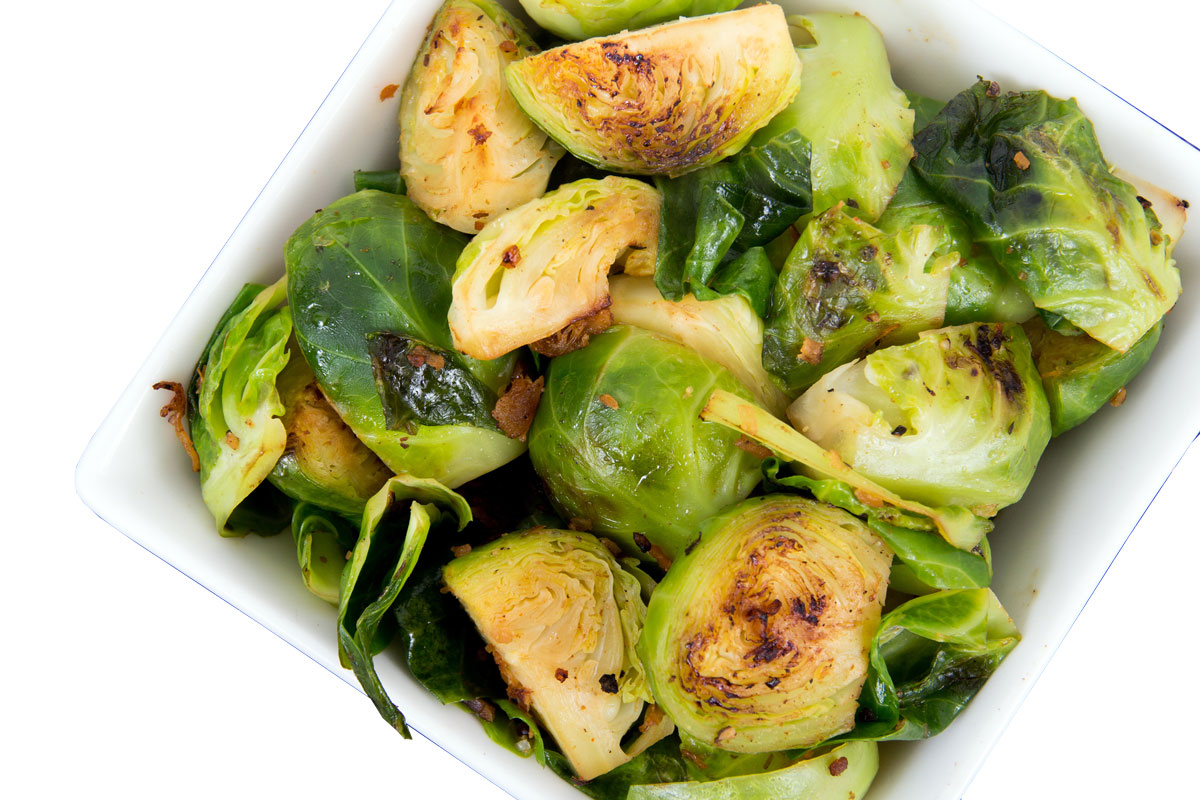 We at (614) are praising our holy green goddesses this month as fall is the perfect time to incorporate them into your daily lives. Whether that’s snagging them as an appetizer on your night out, or fooling your dinner guests into thinking you’re a star chef, here are some ways to go green with Brussels sprouts this autumn.

On the other hand, there is the chance that you belong on Food Network’s Worst Chef In America reality show. That’s okay! No shame in your game, and there are plenty of options in the city to get Brussels sprouts on your plate. Here are a few of our favorites to set you off in the right path.

Stop by Hubbard Grille on weekdays from 4 p.m. to 6 p.m. for its happy hour special where crispy Brussels sprouts in a red wine reduction can be found for just $5.

Many of the ideas and dishes on this list feature Brussels sprouts in a simplistic form, but VASO in Dublin takes Brussels to the next level with a Caesar salad that features the sprouts in two ways in a creamy Caesar sauce: one side with shaved sprouts, the other with halved.

These addictive devils come fried with black pepper honey, lemon, and mint. Admit it, your mouth is watering just at the thought.

Everything Rockmill does is elevated and thoughtful, and the Brussels sprouts are no different as they come served with miso, honey, and dijon.

Looking for a subtle twist on sprouts? Check out Ambrose and Eve where the Brussels come served in garum—a fermented fish sauce—as well as honey and topped with pecorino cheese.

Don’t overthink this: halve your sprouts, toss them in Balsamic vinegar and olive oil with salt and pepper, and pop them in the oven at 400 degrees for about 30 to 40 minutes.

This is another easy approach: heat up your favorite cast iron skillet with some olive oil, toss in your halved Brussels face down for about three to five minutes, add some minced garlic, flip and cook for an additional two minutes, and salt and pepper to taste. Don’t worry about the charred ends— those are the best parts.

Grab the largest pot you have in the kitchen, bring water to a boil, and add your handy steamer tray to the top. Cook your sprouts for about six to eight minutes. Finish with salt, pepper, butter, and fresh lemon juice—don’t use that bottled stuff!

Remember that cast iron skillet you had for pan seared? Grab that for this recipe as well. Heat up your olive oil and minced garlic just like before, toss in your halved sprouts for two to three minutes, add your broth of choice (chicken stock is preferred, vegetable stock works too), and cover and cook for an additional 20 minutes.

An air fryer should be a staple in every kitchen nowadays, and you can get creative with its usage. Toss your halved brussels in some olive oil with salt, pepper, and oregano and pop them in your air fryer at 375 for about 15 minutes. If they come out a little raw, make an aluminum foil pack for them to rest in to finish out the cooking process.