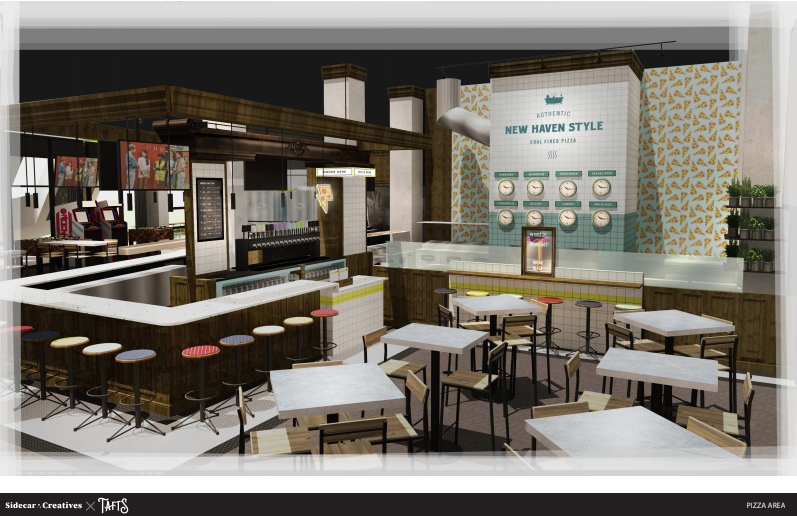 This may sound cheesy, but we love Yellow Brick Pizza’s recent announcement

Cincinnati is lending some of its cool to Columbus to help beef up the craft beer scene in an up-and-coming community.

Taft’s Brewing Company will bring its award-winning beer, New Haven-style pizza, and flare for entertainment to Franklinton next month. Taft’s Brewpourium will occupy a sizable indoor and outdoor space at Gravity, a developing community of apartments, offices, retailers, and more along Broad Street.

The grand opening is tentatively scheduled for November 15 according to Taft’s Marketing Director Erin Weinert.

Plans for the Columbus location call for a game room and a stage for music and comedy nights.

“We love that Franklinton is an up-and-coming area. And we love the neighborhood’s arts culture, which really fits the roots of our brand,” said Taft’s Managing Partner David Kassling. “Columbus, like Cincinnati, has a great population of beer drinkers, and they’ve shown us in our bar and grocery business that there’s a demand for our beer. It’s truly an honor for our whole team to have the opportunity to take the leap to another great Ohio city.”

Taft’s is known best for its coal-fired, thin crust pizza that’s crispy on the outside and chewy on the inside, plus hand-crafted Ohio-brewed beers like Gavel Banger IPA and Nellie’s Key Lime Caribbean Ale.

Based in Cincinnati, Taft’s Brewing Company operates a three-story brewery and restaurant in a renovated church in the Over-The-Rhine district called Taft’s Ale House and Taft’s Brewpourium in Spring Grove Village. The brewery’s namesake comes from the 27th president of the United States, William Howard Taft, who hailed from Cincinnati.