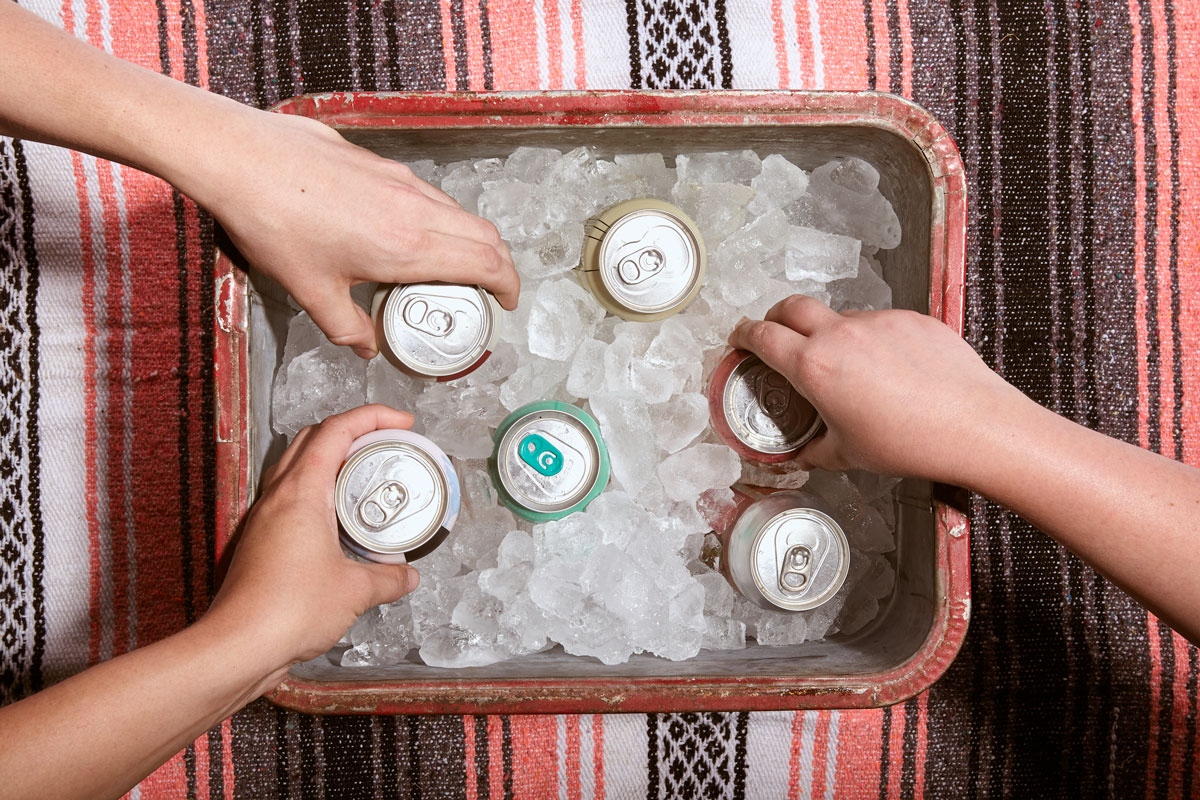 It’s blazing hot. You’re tired and thirsty. Or maybe you’re ready to party when the sun goes down. What’s better than a cold summer brew? A cold summer local brew, that’s what. With dozens of craft breweries around Columbus putting their literal creative juices to work, and many more around the state, there’s bound to be something that can quench your thirst and satisfy your taste buds.

Fruit- flavored brews are still the rage, with citrus, peach, and tropical fruit abounding in juicy infusions. For those of you who like a little grapefruit flavor but don’t like the intensity of most grapefruit beers, check out Parsons North Brewing Company’s grapefruit wheat. The flavor is more floral than citrus, smooth without the usual bitterness of zest.

If you do like the intensity of traditional grapefruit brews, go for North High Brewing’s Grapefruit Walleye APA. It has the tartness and bitterness of the full fruit, but remains balanced and juicy.

Cleveland’s Saucy Brew Works plans to open their Columbus brew pub in late summer, but in the meantime, look for cans of their Don’t Stop Wit It Belgian- style Tangerine Wit. With the spice of coriander plus the fruitiness of tangerine, this one is a perfect all- day poolside refresher.

For a heartier fruit-forward beer, Homestead Brewing’s Bimini Road double IPA bursts with pineapple, mango, and mint avors that complement the intensity of its hops.

If you’re looking for something unique, Wild Ohio’s tea beers (yes, that’s a thing) are great for summer. With flavors like peach, lemonade, and blueberry with a hint of lavender, most of their brews are light and refreshing—sort of a slightly fizzy, alcoholic iced tea, and much more enticing than the term “tea beer” sounds in print. One of the best things about these brews is that, being brewed from tea leaves instead of barley, they’re an option for gluten- sensitive drinkers.

Combustion Brewing’s Sir Veza Jalapeño Infused Mexican Lager has the distinctive aroma and avor of jalapeño, with none of the bite. It seems impossible with every sip, yet it’s true. This is a beer that could be equally at home with the chips and salsa tray or riding shotgun in your mower’s cup holder.

Nocterra’s Mexican Lager, on the other hand, has the sweet fullness of corn first and foremost. My mind instantly went to the backyard barbecue, with smoky, grilled burgers, tangy sauces, and creamy side dishes. This is a beer that can bring an extra dimension to summer food.

Zaftig’s Alina Pale Ale is another light, summery, easily-drinkable selection. It’s refreshing, with an all- around hoppy balance perfect for outdoor events and parties. Likewise, Land Grant’s Pool Party Pilsner is crisp, aromatic, and great for any hot- weather occasion.

Maybe you’ve always wanted to try a gose but were wary of its sour and salty sides. Nocterra has two brews that might change your mind: The Tahitian and Hawaiian Swell Lines. Tahitian Swell Line is fruit-punch-quality pink guava forward, with a finish of strawberry; Hawaiian uses passionfruit and mango. The salt and tartness balance the sweetness of the fruit. They’re complex, but not overwhelming. If a salted slice of juicy watermelon is your thing, Warped Wing offers a “funky” Magic Melon gose, slightly salty, just a little sweet, and tart with juice.

Ill Mannered Brewing Co. brings its Pseudo Insubordination Berliner Weisse to the party, this time infused with peach—semi-sour, fruity, and bright. Sour and peach may sound like a contradiction in terms, but Ill Mannered makes it work nicely.

If you really, really, aren’t willing to drink craft beer, you could go with something from the big corporate brewery and still support the local workforce. But, really, why not try something more creative? If the selections so far don’t pique your interest (while they should), there’s more variety to be found.

Brew Brothers’ Staycation, a margarita- inspired gose, is refreshing and crisp, with coriander, sea salt, and lemon/lime zest. It’s not a true margarita, but it might be the next best thing, with a low ABV that will treat you better than tequila will.

MadTree Brewing, in Cincinnati, has a brut rosé IPA that is bolder and heavier than many other rosé brews. Brew Brothers’ Jerry is a sour red ale but infused with cherries and aged in wine barrels for another intense experience.

No matter what your preferences are, make it a point to try these or some of the many other local seasonal brews. You may find some new hot-weather favorites.