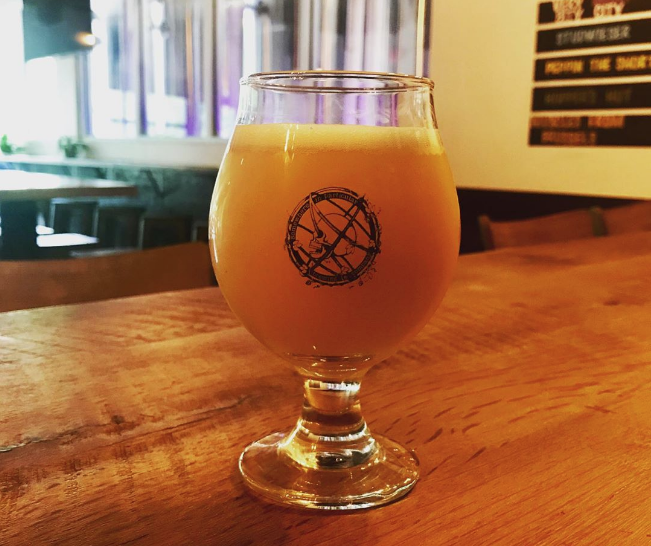 Update: According to a report from drinkupcolumbus.com, S.I.P.’s Clintonville taproom will open to the public this Friday, October 11 following a soft open on the 10th. Cheers!

Beer will continued to flow at a closed Clintonville brewpub. SIP Local will fill the void Actual Brewing left at 2808 N. High St. The new concept, which is a spinoff from Somewhere in Particular Brewing in Northwest Columbus, is expected to open next month, reports Columbus Business First.

SIP Local will feature a mix of Somewhere In Particular brews, Ohio beers, and “boutique” creations in partnership with other local breweries, Operations Manager Frankie Heath told Columbus Business First. Local distillers High Banks and Watershed will also get some love on the booze menu.

SIP has not yet returned our inquiries about the food menu, but Columbus Business First reports Chef Josh Wiest of the South Village Grille will source meat and bread locally from nearby Lucky’s Market.

The brewpub is owned by George Tanchevski who is also behind such local concepts as Local Cantina, Old Skool in Clintonville, Local Bar in the Short North, and South Village Grille in German Village.

Actual Brewing’s Clintonville taproom officially opened to the public in late January. But on February 6, everything came crashing down for the brand when Columbus Alive broke a story detailing several heinous sexual assault allegations against owner Fred Lee. A “Closed until further notice” sign was posted in the taproom’s window a few days later.

In wake of the news, Actual Brewing products across the city were quickly pulled from shelves and removed from taps. Two weeks, the brewery declared bankruptcy.