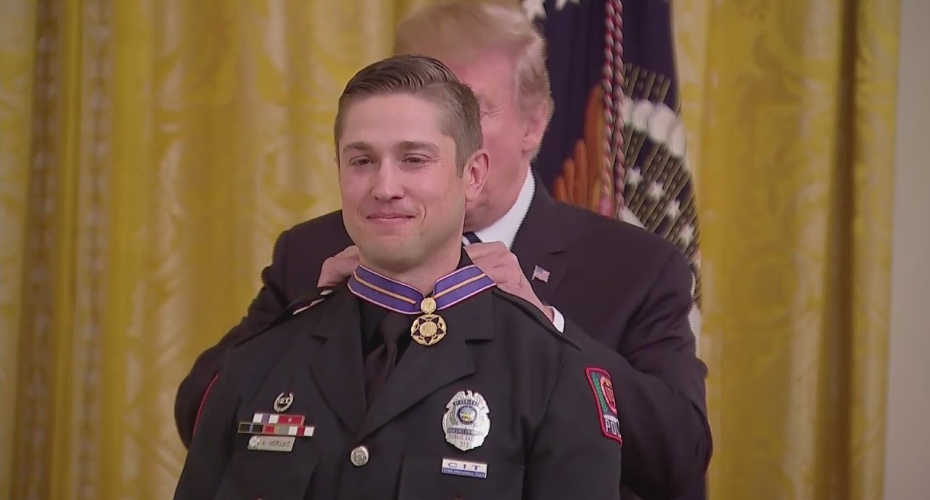 One of Ohio State’s finest was honored by the President in a ceremony this week for his uncommon bravery in the line of duty. Officer Alan Horujko, the OSU police officer who stopped a machete-wielding assailant’s attack on OSU campus in 2016, was awarded the Medal of Valor.

Originally established by President Clinton in June 29 of 2000, the Presidential Medal of Valor for Public Safety Officers is awarded for “Actions above and beyond the call of duty; and exhibiting exceptional courage, extraordinary decisiveness and presence of mind; or an unusual swiftness of action, regardless of his or her personal safety, in an attempt to save or protect human life.”

On November 28, 2016, Oficer Horujko shot and killed 18-year-old Abdul Razak Ali Artan, who drove a vehicle into a group of people on OSU campus before assaulting them with a machete.

Artan left a note pledging his allegiance to the Islamic State group prior to the attack.

“Thank’s to Alan’s swift action, not a single innocent person died that day. Officer Horujko, we are forever grateful,” said President Trump prior to the award ceremony.