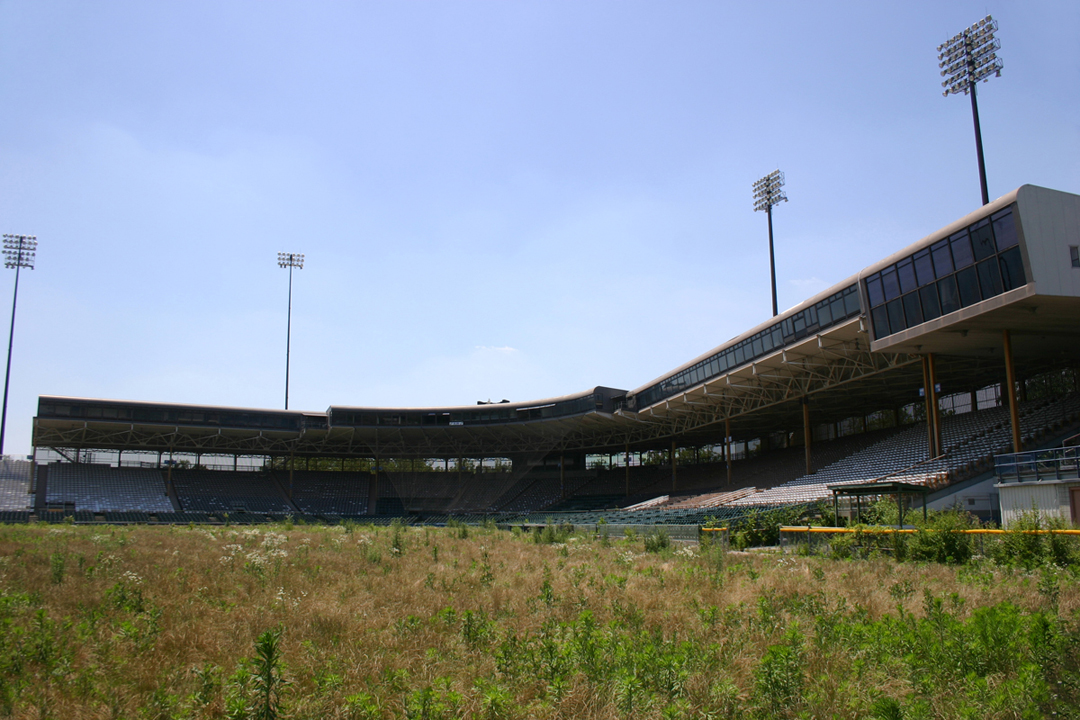 Update: The plan to redevelop the former Cooper Stadium site into a mixed-use development is one step closer to becoming a reality.

The Southwest Area Commission voted seven to four in approval of the plan to turn the derelict park into a mixed-use concept to include office/retail space and apartments. The approved plan will now go before the Columbus City Council for final approval.

Now, the owners of the Coop have announced another redevelopment plan, which would bring offices, apartments, mixed-use commercial space, and creative work spaces to the decaying plot.

The site plan, which was submitted to the city by Arshot Development Corp., outlines the construction of 500 apartments, along with possible space for restaurants.

The next phase of the proposed project will take place at an area commission hearing on the rezoning application for the site, which has been scheduled for 7 p.m. on Aug. 21. 614NOW will continue to follow this story as it develops.