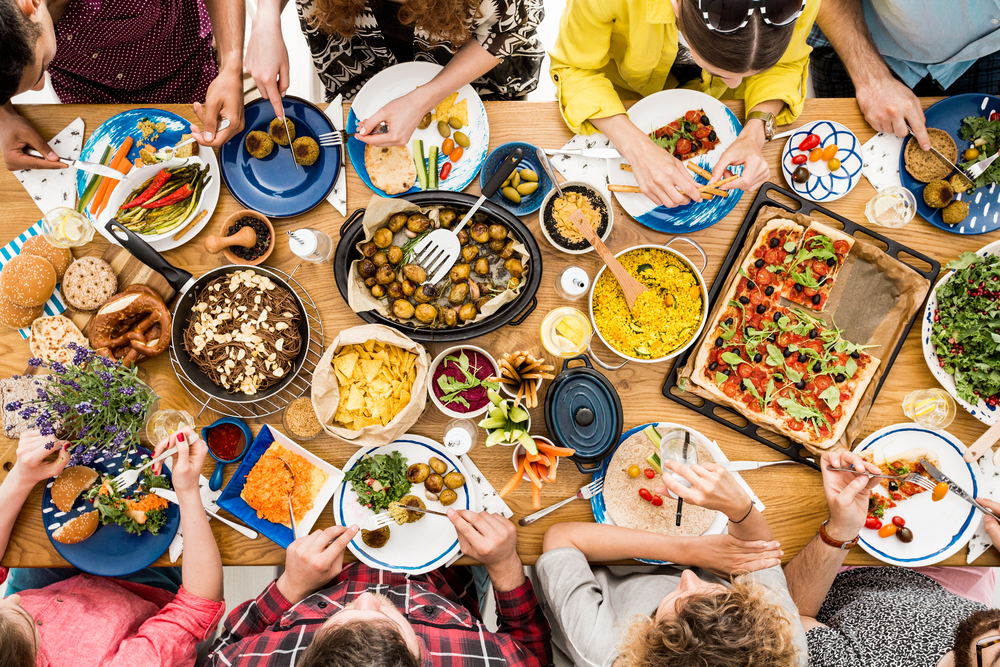 After building a cult following of loyal foodies through social media, Eric Ma of Tofu Louie is returning the favor by attending a soft opening of Pierogi Mountain in German Village. “The vegan scene in Columbus is awesome. It seemed like it was gonna last for two, three years but it just blew up,” he says, just one week after his Ramen Pop-Up at & Juice Co in Clintonville. “Now people have a hard time deciding where they’re gonna go some weekends, but there’s enough of a demand where we’re not competing with each other.”

Mentioning the NoTuna wrap at Portia’s Cafe and wild breakfast sandwich at & Juice Co. as local favorites, Ma reflects on a time before the vegan industry blossomed in Columbus, when the idea of Tofu Louie originated—just after his wedding.

“At the time, I got married down at the courthouse,” he says. “After the courthouse, we went to the Food Truck Festival and we couldn’t find anything to eat, at all, really. We did, but it was like, ‘Yeah, you can have this taco with nothing on it’.”

The disappointment of the lack of plant-based options prompted the concept of a vegan food truck, but was reconceptualized with a little help along the way. “It wasn’t like I was cooking for the idea of a business, but cooking for my wife and myself. I stumbled onto a lot of recipes, so we were spitballing a lot of ideas. We couldn’t afford a food truck, so we decided to go into the festival circuit,” he says. “Portia [Yiamouyiannis] from Portia’s Cafe, she kind of mentored me a little bit in the beginning. She kicked my butt in gear to do it, because there were a lot of fears. Like, ‘Oh, what if I fail? What if this, what if that?’ and she’s going ‘Yeah, you’re gonna fail, that’s how you learn. Nothing’s gonna fall into place perfectly for you to just walk down that road.”

Following Tofu Louie’s first paid gig at the Columbus Asian Festival, the food stand continued to show at bustling events such as the Doo-Dah Parade and Stonewall Pride, creating an influx of social media followers before taking off in late 2018.

While Ma is well-versed in partnering with vegan businesses in Columbus, he’s recently become invested in expanding his food palette through traveling. After his grandmother’s passing last year, he decided to visit countries in Asia. With an open mind and empty stomach, he was ready to savor anything that he could recreate once returning home.

“Here in Columbus, some of the ethnic Asian foods are pretty watered down, they’re for the American palette. Going to [Singapore], it’s nice when I don’t have to go, ‘Hey, make it extra spicy,’ because it’s already spicy, it’s already there,” he says. “These people, they’ve perfected these recipes through generations of family-owned food stands […] and sometimes they only have three things on the menu, but it’s well-perfected and that’s what people go for.”

During his visit, Ma was lead to a wholesale grocery market where he decided to make his own version of Laska, a shrimp-based noodle bowl. Instead Ma used bean sprouts, tofu puffs, cucumber, fried shallots and chili paste. “At one point, I was smashing lemongrass with a rock, trying to grind it down. It didn’t work at all, so I just hand mixed it, which was a pain in the ass to do,” he says.

Back home, the imaginativeness of Tofu Louie is still flowing, as Ma has yet to run out of ideas for future pop-ups. While he’s enjoying the fruits of his labor, he doesn’t yet want to establish his own brick and mortar, as he’s still perfecting his craft. “It’s not like I don’t want to work hard in a restaurant. But right now, if I have the opportunity to bounce all over the place and really get these experiences, I can really contribute more to the vegan scene,” he says. “I want to contribute what I grew up with. I still have my western food, my mac and cheese, my reuben sandwiches, but I want [customers] to eat it and fill up their soul, essentially.”

Next, Ma wants to introduce vegan mavens to the mouth-numbing intensity of Szechuan peppercorn. “I try to make everything almost from scratch, because I feel like I’m a gatekeeper for what goes into your body and I feel like I’m in control over that,” he says. “I kind of want to cultivate this thing where, essentially I don’t want to be tied down. I have this creative energy going right now and I want to keep running with it.”

To keep up with Tofu Louie, follow it at @tofulouie.