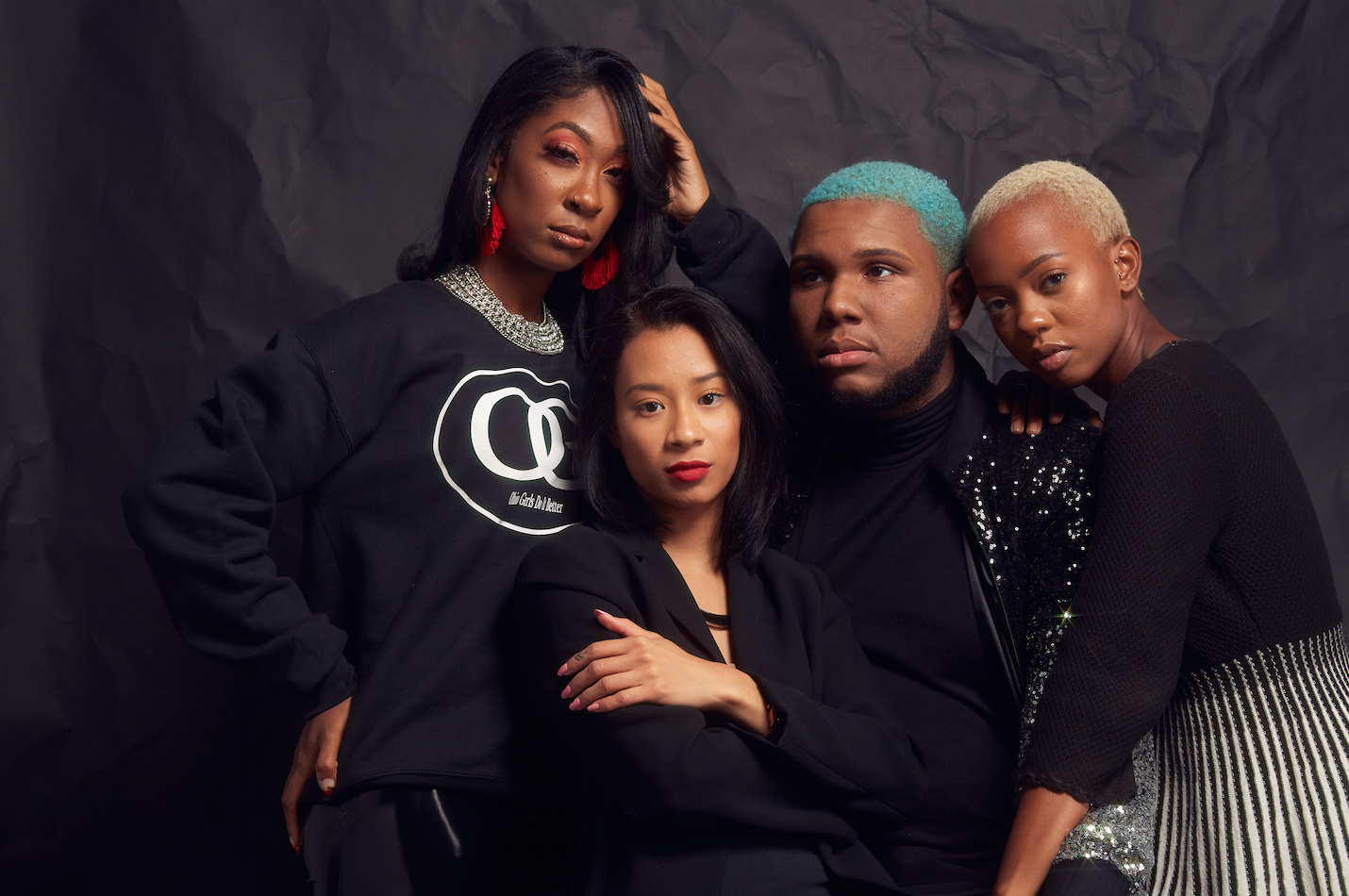 Expect nothing but instead appreciate everything.

The statement is a mantra that Black Fashion Expo founder Bobby Couch lives by, describing the event for designers of color to set up shop and showcase their products on a grand scale. While he juggles multiple hats as a creative director at Art of Republic and as an assistant with traveling dinner party, The High End Affair, his intention with creative umbrella Fashion is Columbus and brainchild Black Fashion Expo was to be inclusive and celebrate fashion brands that deserve a larger following. After the inaugural BFE in February, Couch hosted the expo’s ‘Intent’ theme in October at Gravity, as a marketplace featuring panel discussions and live attractions and demonstrations that showcased fashion that goes beyond the runway.

“When you’re curating an experience that’s new, there’s a level of anticipation, but people know that every component of what’s happening will likely be unexpected,” Couch said. “It’s important to conform that Black fashion is also Columbus fashion. Until we can say it’s time to celebrate the success of Black artists with an inclusive and diverse audience, it’s important to continue celebrating one another to drive their goals and business.”

An avid Beyoncé fan, Couch has taken cues from the singer to drive his own business, noting Beyoncé publicized her decision to leave a Reebok board meeting after there were no people of color present. The singer ventured into a joint athleisure partnership with Adidas instead, and Bobby supports her decision, noting that Black voices on design teams are the first step into the process of inclusion.

“Some of the larger luxury brands definitely started the shift from the Gucci blackface sweaters to blackness and wokeness being a trend. Sometimes it just takes conversations like those to ruffle the feathers of the white supremacy and implement change, even if just temporary,” he said. “During these times of gentrification and the restoration of urban areas, [Black Fashion Expo] wants to ensure there are safe spaces curated specifically for those coming from inner city schools to create their own footprint.”

In agreement with Couch’s sentiments is founder of clothing line Ohio Girls Do It Better and BFE contributor, Chanel Jack. “There are major dangers of Black designers leading majority white teams because it keeps the cycle going and lessens our opportunities as a culture,” she said. “When a Black designer does have the power to change the narrative, it is important to bring other Black creatives to the top with them.”

While Columbus fashion is still on an incline—the city is also a leading hub for fashion with LBrands, CCAD, and Fashion Week Columbus—Couch is forward-thinking with offering services to further benefit the city. With a full team of curators behind Black Fashion Expo, Couch credits Art of Republic, StarstrukT Apparel, Cloud City 614 and more for fulfilling his vision of propelling local Black fashion to greater heights. He also wants the favor to be returned to other brands, as StarstrukT Apparel is a hub for listening parties and shopping alike, and Sole Classics continually hosts a seasonal Streetwear Flea event. “It costs nothing to repost your friend who’s an entrepreneur, [their] business or pop-up flyers on social media; that’s a great start,” Couch said.

There are still gripes with apects of Columbus fashion, as noted by hosts of BFE segment “Thread Talk”, Genevieve Effa and Xiao Mei. “I’ve noticed there are so many more designers and brands that aren’t getting attention. The fashion scene can be improved best if more of those with a fashion platform in the city collaborate more often,” Effa said. “Whether that’s creating an event where designers or brands can apply to be a part of it, or just throwing a mixer for designers and fashion brands to network, the best way to really show why Columbus is ranked third in the fashion industry would be through collaborating.”

“Those in the fashion industry are standing their ground more than ever. From their morals to their values and principles, many Blacks are comprehending the importance of unity within the Black culture and Black fashion industry,” Mei adds. “Columbus offers diverse people of different backgrounds, but lacks flavor in apparel. It is a comfortable city and not many are willing to step beyond their comfort zones—even in their clothing.”

In the process of opening his first storefront in next year with an artistic coworking space, Couch envisions that fashion in 2020 will be a transition into theory, uniform and minimalistic silhouettes being intertwined with substantial fabrics. “Eco-friendly and more vegan leathers will be used in the projects I’m endorsing [as well as] the freedom of the late 90’s when it comes to styling and editorial execution,” he said. “Less is so much more.”

Couch plans to resume Black Fashion Expo next February, and much like his idol, Beyoncé, 2020 will be the year to officially get Columbus fashion in formation.

Donations and request for sponsorship information can be found online at fashioniscolumbus.com. Follow on Instagram at @blackfashionexpo.