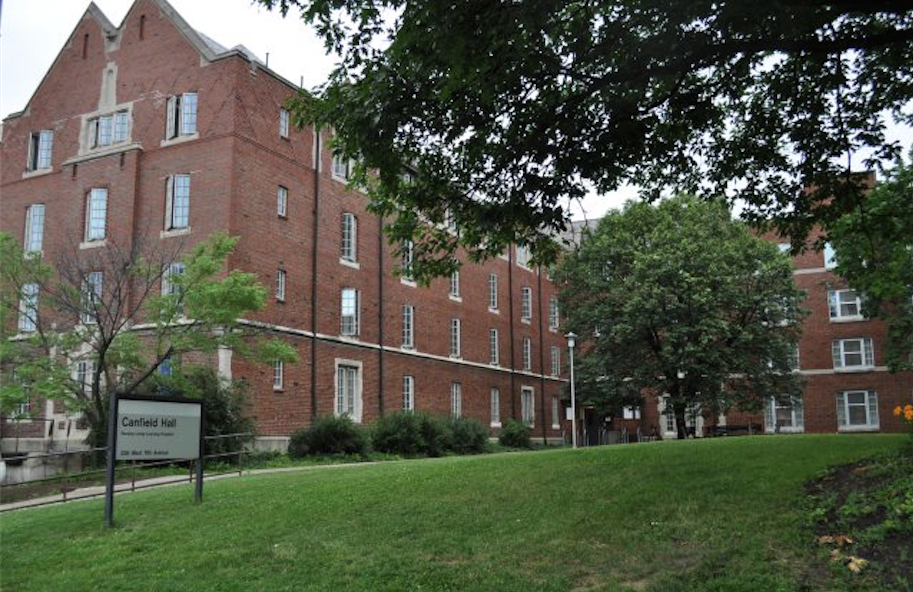 A rape that one female Ohio State student says may have happened in a residence hall on April 12 could have been captured on a cellphone.

According to an affidavit for a search warrant filed by Ohio State Police per The Lantern, a student told police she may have been sexually assaulted in the restroom area of Canfield Hall. Earlier that night, the victim said she was at a fraternity party. The accused male is a friend with whom she attended the party.

At the Alpha Epsilon Pi fraternity party, the student told police she had consumed an alcoholic seltzer, wine from a box, and a drink from a cup an unknown male was holding, reports The Lantern. She told police she does not remember anything else from the night.

Back in May 2018, Alpha Epsilon Pi, or “AEΠ,” was suspended from campus for five years after violating the Alcohol, Hazing, and Endangering Behavior section of the Ohio State Code of Student Conduct.

According to the student’s roommate, she returned to her dorm early in the morning wearing clothes belonging to the accused male. The male first told the roommate that he put the victim in the shower to clean her up, but then he admitted that he and the victim had had sex in the shower.

Per the affidavit, the victim was taken to the Wexner Medical Center with bruises to her head, eye, forearms, hips, and inner thighs. She received a sexual assault examination.

The cellphone allegedly containing a video of the rape is now in the possession of Ohio State Police.

“These matters have been referred to law enforcement,” said University spokesman Dan Hedman, per The Lantern. “Due to the ongoing investigation there are no additional details we can share at this time.”