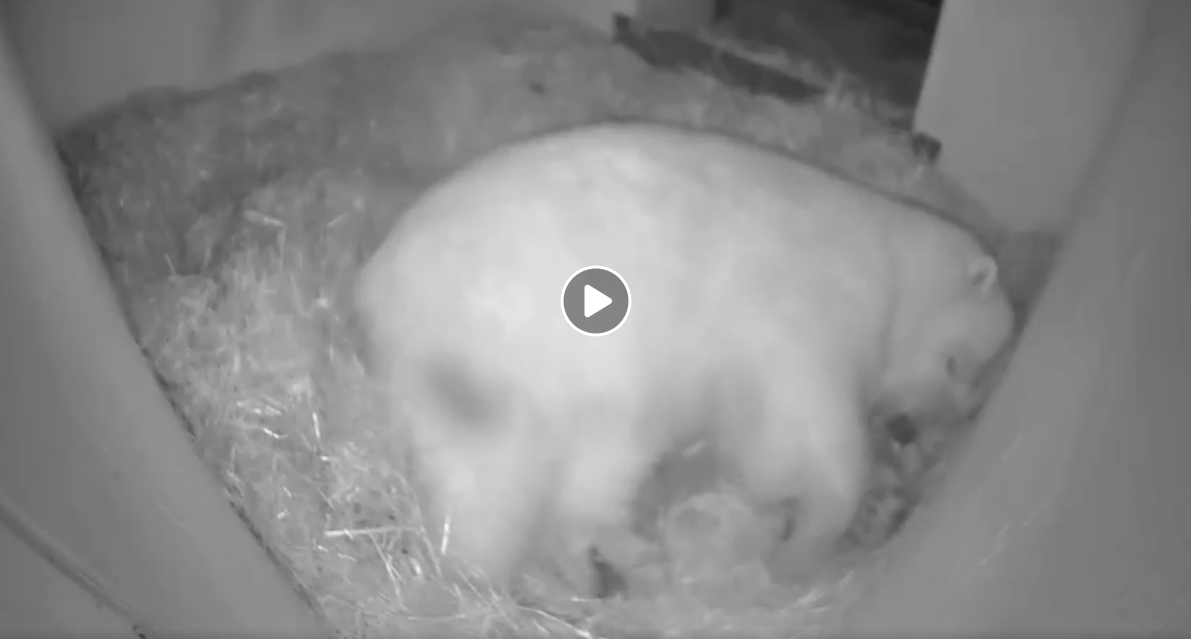 The Columbus Zoo and Aquarium has a lot to be thankful for with its brand new, healthy polar bear cub!

The cub was born on Thanksgiving Day, to mother, Aurora, and father, Lee. The Animal Care team notes that Aurora is being an attentive mother to her new cub, who has been observed nursing. As Aurora continues to care for her cub, she and her little one will remain in their private denning area behind the scenes until spring.

In addition to this latest arrival, 13-year-old Aurora has previously given birth to three litters, consisting of three other surviving cubs. Her first cub, Nora, who now lives at Utah’s Hogle Zoo, was born on November 6, 2015 and hand-reared by Animal Care staff who needed to step in to care for her. On November 14, 2016, Aurora then gave birth to twins, female, Neva, and male, Nuniq, and provided them with excellent care. Neva now lives at The Maryland Zoo in Baltimore with her half-sister, Amelia Gray (who was born the same year to Anana), and Nuniq lives at the Henry Vilas Zoo in Madison, Wis.

Aurora’s cub born yesterday is the first to be sired by 20-year-old Lee, who arrived at the Columbus Zoo from Denver Zoo on November 7, 2018.

From mounted cameras, Aurora’s cub was observed being born at 12:43 a.m. The team has been monitoring Aurora and her twin sister, Anana, around the clock as they have both been denning for several weeks. Both females have given birth in the past, and Animal Care staff are very familiar with the bears’ behavior patterns. While Aurora was frequently resting in her den leading up to the cub’s birth, Anana has shown more activity, indicating that she may not be preparing for a birth.

“The birth of this polar bear cub is extremely exciting, of course, but the work of our team isn’t over as the survival rate for a delicate cub during its first few weeks is low based on a variety of factors,” said Columbus Zoo and Aquarium President/CEO Tom Stalf. “I am also extremely proud of our Animal Care team, who continually show their expertise and dedication as they work day and night to provide the animals with top quality care.”