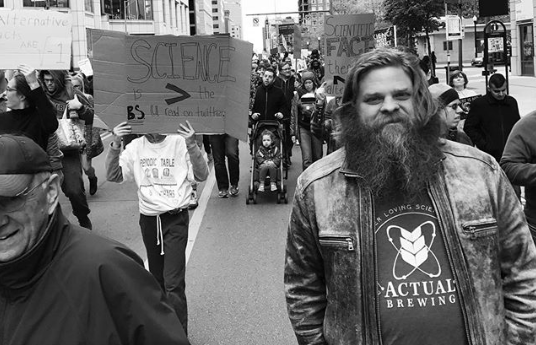 The future of Actual Brewing has been called into question following a ground-shaking cover story from Columbus Alive, in which multiple women accuse Actual owner and CEO Fred Lee of sexual assault.

While Lee has stepped down as CEO, he remains an owner of the east side-based brewery and taproom, which employs over 30 people.

In light of the disturbing allegations levelled against Lee, several local establishments that used to support the brewery have since pulled out. Popular craft beer destination Bob’s Bar released a statement on Facebook on Wednesday shortly after the story went public stating that they would no longer serve Actual’s products in their establishment.

Other staples of the craft brew scene in Columbus have also pulled Actual’s beer from their shelves. Longtime homebrew supplier and Columbus craft beer pioneers Gentile’s Wine Sellers have stated that they will stop carrying Actual’s products going forward. The same is true for Kenny Road Market, where the store’s renowned selection of over 500 beer brands will no longer include anything from Actual Brewing.

Distribution may be another hurdle for the embattled brand. Actual’s distributor in the Cleveland market, Sixth City Distributing, who have been documented as distributors of the brand as of December 2016, appears to have been removed from the website.

While Lee’s actions have placed the future of his company and its employees in serious peril, it is important to recognize the impact that these events have had on survivors of sexual assault first and foremost.

Resources and support for anyone who has been affected by sexual assault are available at RAINN.org.