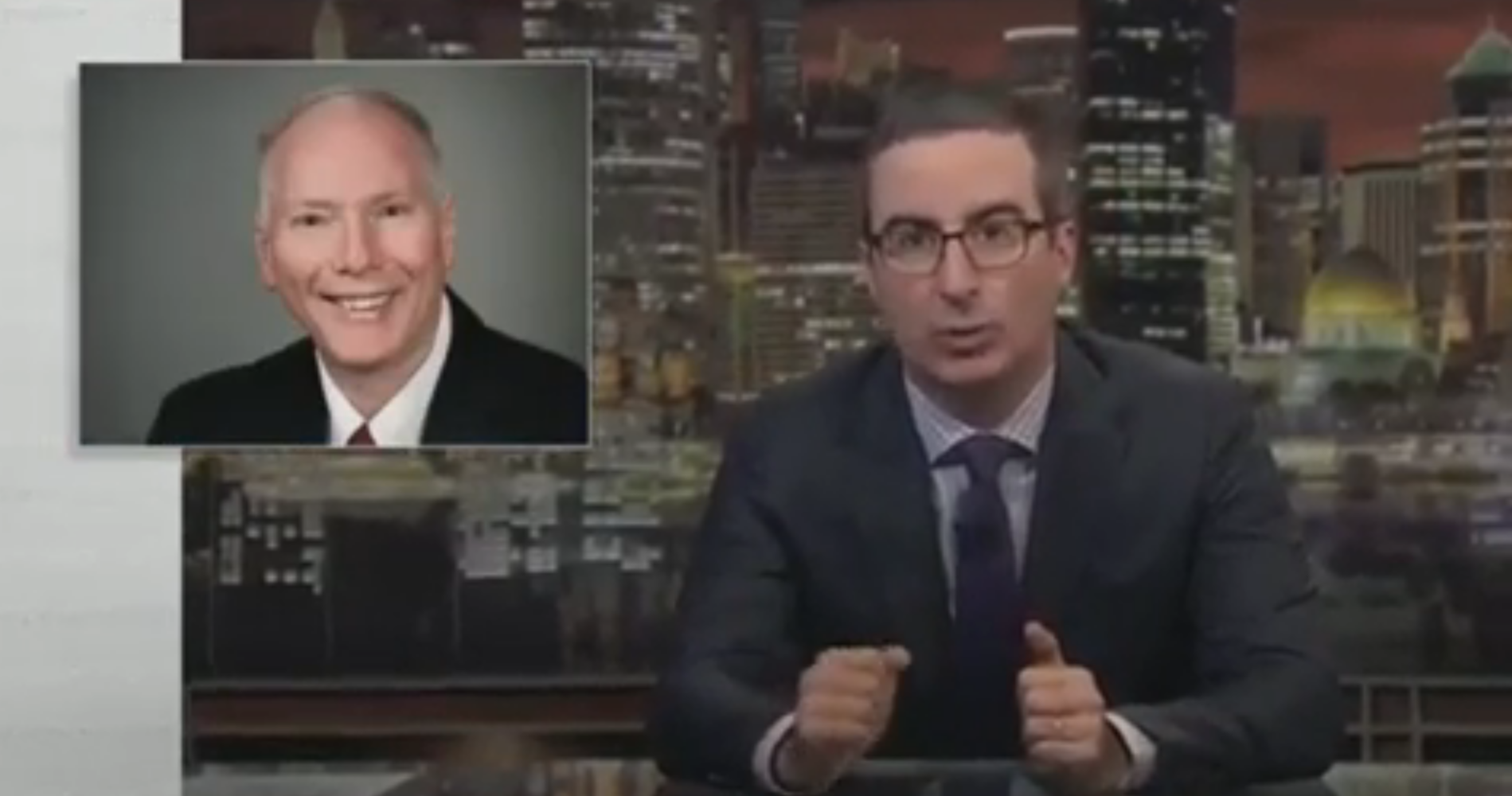 Last month, a bill outlawing abortions after a fetal heartbeat has been detected was signed into law. The Heartbeat Bill, which makes no exceptions for pregnancies resulting from rape or incest, bans abortions as early as six weeks into pregnancy, before many women even know they’re pregnant.

This ban and similar legislations around the country recently got the John Oliver treatment on his show “This Week Tonight with John Oliver.” On the episode, Oliver introduced the Heartbeat Bill to his viewers and how some opponents are concerned about how it will affect birth control and contraceptive companies.

Oliver airs a news clip where Becker is asked where contraceptives like Plan B and birth control fall. His answer… well, just watch.

“I don’t know because I’m not smart enough to know what causes abortions and what doesn’t,” said Becker. “The bill is just written if it causes an abortion and people smarter than me can figure out what that means.”

The clip cuts back to Oliver who is completely dumbfounded.

“Wow,” he said. “It seems like lawmakers should exhibit a little more awareness about what they’re releasing than the makers of the Sonic the Hedgehog movie.”

Oliver, a Roe v. Wade supporter, then urges the public to stay abreast of issues like these so that the landmark decision does not get overturned.

“It’s complete fucking nonsense,” Oliver said of the Ohio bill. “And if you’re sensing a pattern here, that’s because just this year, states have introduced more than 250 bills restricting abortion access. It’s pretty clear now, with a conservative Supreme Court, lawmakers are taking every shot they can to get a case that might end up overturning Roe v. Wade, and they’re going to keep trying. Which is why it is incumbent on all of us to pay close attention to this issue.”