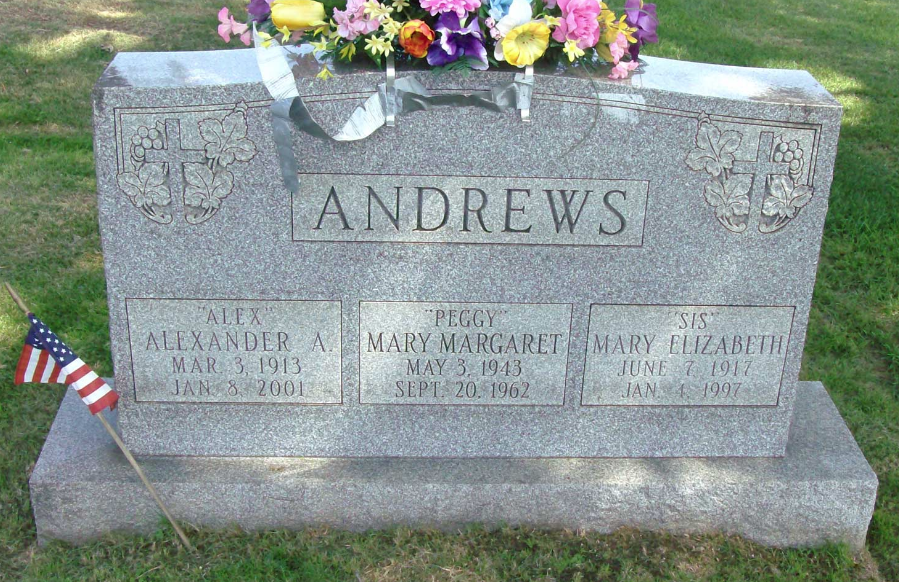 How does a well-liked, 19-year-old, small town girl wind up dead in a Columbus garage? Unfortunately, even after nearly 60 years, no one knows.

The lifeless body of Mary Margaret “Peggy” Andrews was found in a garage near the Ohio State campus on September 20, 1962. She was shot three times in the face and—judging by the condition of her clothing when investigators arrived—sexually assaulted.

Peggy moved out of her parents’ home almost immediately after graduating from her Catholic high school near Steubenville, Ohio in 1961. Along with two other young women, Peggy lived in a boarding house on 18th Avenue near Buckeye Donuts. She enrolled in night classes at the Columbus Business University (now Bradford School) and worked full time as an accountant’s secretary.

She was smart, well-liked, and deeply religious. People close to her described her as “carefree” and “lighthearted,” reports Columbus Monthly.

It was a Thursday at 5:00 PM when Peggy left her downtown workplace before heading to class. She met up with her two roommates, Carol Maxwell and Carol Eick, and two male classmates outside her office. Typically, Peggy would’ve taken the bus with her roommates, but she wasn’t feeling well that day. Instead, she caught a ride with her friend and classmate Ron Negutt to avoid the uncomfortable bus commute.

He pulled up to Peggy’s boarding house and watch her walk to her door under the streetlamp light. Negutt took off before she had gotten inside, eager to meet his buddies at the 7-11 Club. He arrived at the bar around 9:30 PM, reports Columbus Monthly.

This was also the time Maxwell and Eick say they arrived back at the boarding house. Both women, along with the housemothers, waited for Peggy’s signature high-heeled entrance through the back door, but she never came.

Meanwhile, Columbus Business University student Gary Ontko was moving into his new apartment on Woodruff Avenue. Around 11:30 PM, Ontko volunteered to help out his roommate who had forgotten to roll up his car windows.

He approached the garage cautiously as he was new to his surroundings. As he grew closer, that’s when he saw them: a pair of human legs illuminating in the moonlight.

Peggy’s purse contents were strewn about, her long red coat was covered in dirt, but the small black bow remained pinned to her curly brown hair. Her school books were discovered neatly stacked on the ground behind her boarding house.

Everybody in Peggy’s life, including Negutt who was the last known person to see her alive, were cleared as suspects. Police expanded their search to registered sex offenders in the area, which garnered a possible link. A .22-caliber pistol found in a university district drain spout in 1963 supported the link, but did not cement it.

Another break in the case occurred decades later in 2000. Forensic scientists extracted DNA from a stain on the back of Peggy’s shirt and tested it against DNA samples obtained at local, state, and federal crime scenes. The tests garnered no results.

This stain just may be the key that unlocks the entire mystery. Now, if they could only find a match.

Anyone with additional information or questions regarding this case should submit a tip.