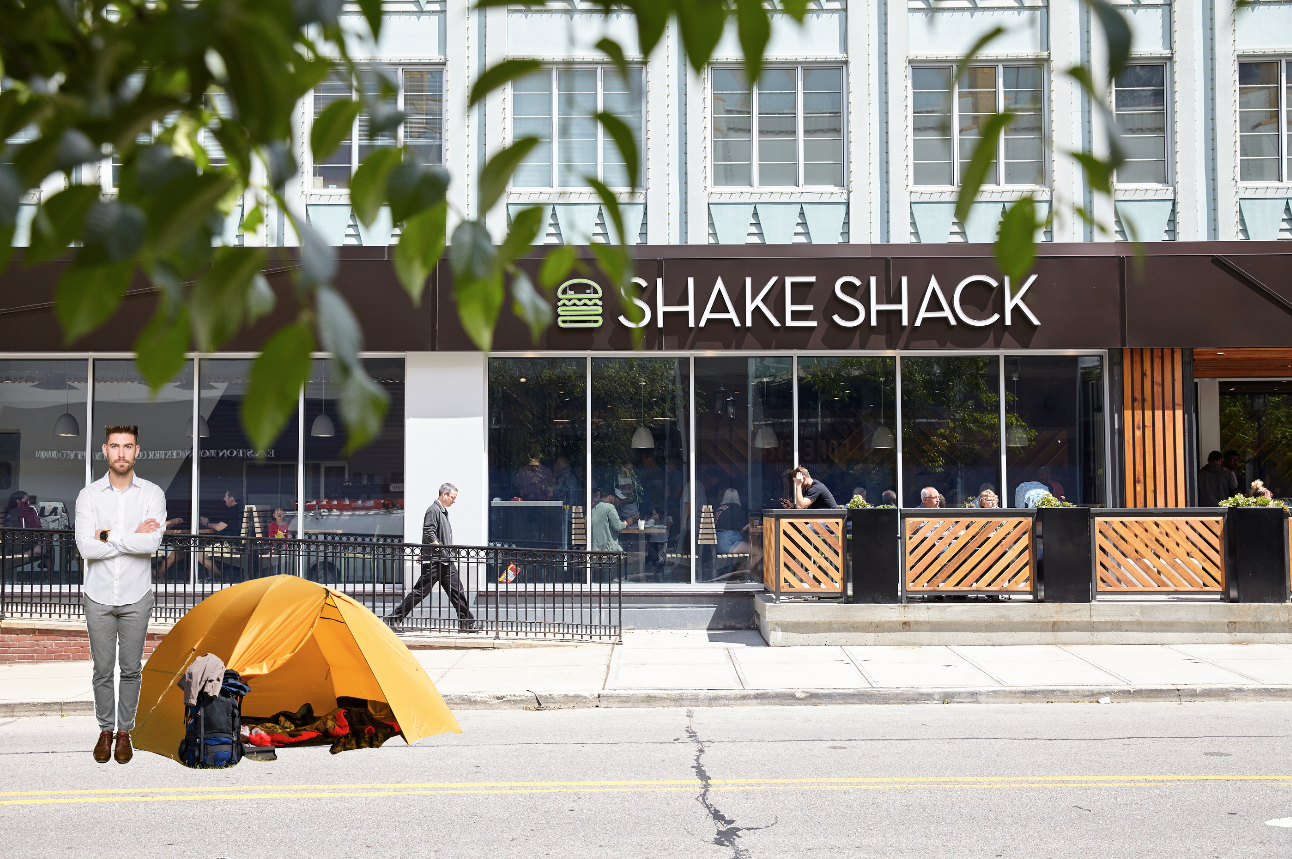 The recent opening of Shake Shack in Easton has set waves in Columbus, and maybe more accurately, it’s created lines. Since the opening date, lines have been out the door causing hour long waiting times, and for one Columbus Man, Tyler Stuart, the wait has been for weeks now.

“I got here on opening night, but the line was so long out the door that I decided to sit down,” Stuart recalled while sitting near his pop-up tent. “I must’ve dozed off because by the time I woke up, it was closing time and employees had already locked the doors.”

That was two weeks ago. Since then, Stuart has been in an endless cycle of waiting in line, falling asleep, and missing his chances.

“The closest I have gotten is near the door, but it was 10:45 p.m. and I felt bad for making the employees stay past closing time.”

That’s when Stuart said he decided to purchase a tent from the nearby outdoor enthusiast store, REI.

“It’s nice. A little expensive, but it works.”

Food and water have become a tricky situation, as well, since every time he needs to fuel up, he has to lose his spot in line.

“Have you ever seen Ferris Bueller’s Day Off? You know, that scene where he has a mannequin in his bed to fool his parents that he’s home? I’m working on something like that.”

Until then, the employees at Jeni’s Splendid Ice Cream and Stuart have become close friends as his diet mostly consists of Brambleberry Crisp samples and fountain water.