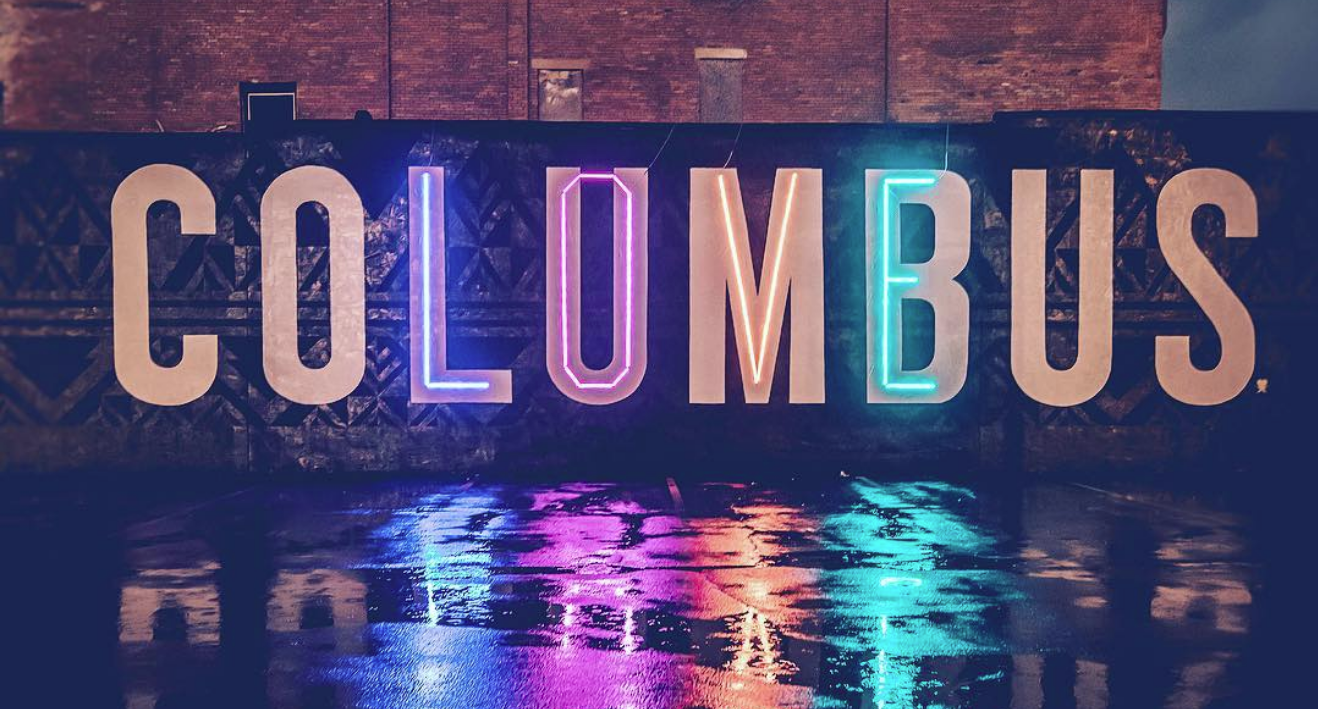 Columbus is so photogenic and so are you! Combine the two and you’ve got yourself a match made in Instagram heaven.

Leave it to these six public art displays around Columbus to provide a beautiful backdrop to make you look as cool and cultured as the city itself.

It’s no wonder why BrewDog went with their name: There’s no better combo on earth. Take this photo by @team_toller for example. Grab your pooch, pick a pint, and snap a pic in front of BrewDog Short North’s aquatic fantasy wall!

Chris Blain, who told the Save The Crew Blog that he’s been attending matches since the Columbus Crew started their inaugural season in Ohio Stadium, erected this prideful piece on the corner of Hudson and Summit in the thick of the #SaveTheCrew moment. Now that Columbus Crew SC has been officially saved, this visual project stands as a testament to the pride, power, and spirit of the Columbus soccer community. What a perfect spot to showcase your city’s resilience!

Clint Davidson beautified this Olde Towne East wall as a token of respect for the neighborhood, and to give its residents a physical place to reflect upon it. However, Davidson feels the artful landmark has turned into a tool for developers to monetize the up-and-coming part of town. When passing by or seeking out this art, remember to be considerate of the art, the artist, and Olde Towne East’s rich history.

“Columbus” by day, “Love” by night. This LED street art designed by Alex Haldi and created by NKdsgn/Nick Kinney is the perfect place to show your L-O-V-E for your city. Make an evening of it by hitting up the nearby Mikey’s Late Night Slice, Hadley’s, Dirty Frank’s, 16-Bit and more after your photoshoot.

These words aren’t enough for us | N. High and E. Poplar Short North

The Short North has become a canvas for local artists to showcase their work, like this work by Columbus creative writer David Skeens. Like he says, let your photo say the 1,000 words. View other Short North murals here.

As part of the 2015 revitalization of the Scioto Mile, artist Terry Allen was commissioned to install art throughout the area. After learning “Scioto” meant deer in Native American, Allen set forth to create thought-provoking works to represent the rebirth of Columbus’ waterfront geography. And so, three friendly bronze deer were dispersed throughout the Scioto Mile: one overlooking the river on the Rich Street Bridge, one relaxing on a riverbank, and one hanging out in Genoa Park. Three deer, three unique views of the city, three amazing photo ops.

Started as a small improv group around the fall of 2012, Hashtag Comedy Co. has since grown into a full-fledged improv comedy company offering shows, classes, and training to comedy fans in Central Ohio.

Now, Hashtag has announced a new downtown headquarters to help keep the laughs coming. Opening Summer 2020 at 346 E Long St. at the corner of Long and Grant in downtown Columbus, the venue will focus on improv comedy but also provide audiences with standup, sketch, and variety shows.

“Opening a space for people to be creative and showcase their comedy has been a dream of ours for nearly our entire time together,” Sarah J Storer, founding member, co-owner and Artistic Director at The Hashtag Comedy Company says on their website. “When this opportunity came to us to open a venue in the heart of the city we love, we knew it was the right time and place to make it happen.”

The venue will hold 45-55 patrons on most nights, but can open to accommodate up to 90 for specialty shows and engagements. Stocked with a bar in the theater space and right next door to gourmet to-go kitchen Cluster Truck, patrons will be able to enjoy a great meal and a drink while taking in a show. Classes and corporate workshops will occupy the space during weekends and non-show nights as well as working hours during the day.

To learn more about how you can get involved with The Hashtag Comedy Company, visit hashtagcomedy.com

Take a family tastebud trip with the return of Kalamata’s Kitchen Tasting Tour at the North Market this weekend.

Kalamata’s Kitchen will kick off a 12-month, 12-city tasting tour in Columbus on Saturday, February 22. This premier event for kids and families will feature tasty bites from North Market vendors representing food from around the world.

According to a release, every child participant is treated like a VIP as they discover new foods and learn about unique perspectives from celebrated chefs. Kids receive a VIP badge and a Food Adventure Passport that is stamped each time they try a new food. They will also have the opportunity to meet Sarah Thomas, co-founder and author of the Kalamata’s Kitchen book series.

This event is free and open to the public.

You may be so busy making St. Patrick’s Day plans that you’ve forgotten another important event happening on Tuesday, March 17. That’s right: it’s the Ohio primary!

You have until Tuesday, February 18 to register to vote or update your registration in time to vote in the primary. The state has made it very easy for you to register right now, from wherever you’re sitting, without having to go anywhere on this snowy day. Just grab your ID, and click here.

Then make a plan to vote on March 17, and reward yourself with a green beer afterwards. Sláinte!