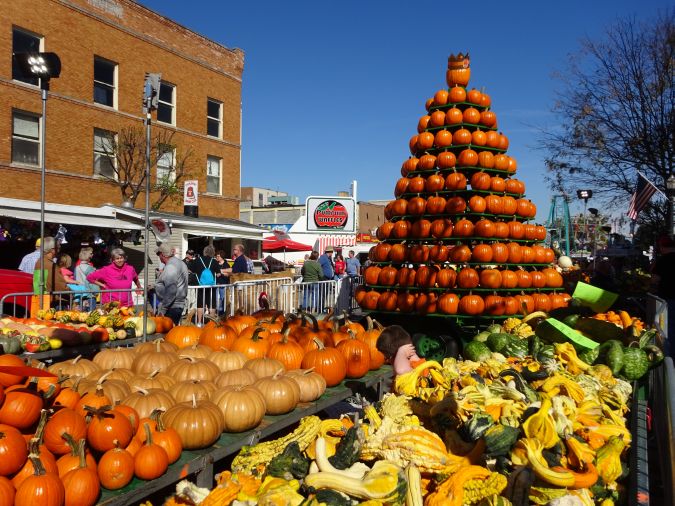 For over a century, the small town of Circleville, OH has played host to one of the largest fall festivals in the midwest. The Circleville Pumpkin Show attracts more than 400,000 visitors over the course of the four day event who enjoy multiple parades, live entertainment, delicious eats, and plenty family fun.

If you’re not already convinced, here are five reasons to check out the Circleville Pumpkin Show October 16- 19.

We all love a good basketball-sized pumpkin for porch decoration, but have you ever seen a 1,607-pound bounty? Awe in the wonder of local farmers’ harvests at the Circleville Largest Pumpkin Show!

From your deep fried favorites to seasonal creations like pumpkin pizza, the Circleville Pumpkin Show’s food lineup does not disappoint. Approximately 23,000 pumpkin pies and over 100,000 pumpkin donuts are sold at the fest—will you be among the sales?

Got the kids in tow? After gassing them up with pumpkin-spice everything, let them loose in the Circleville Pumpkin Show amusement park. For just $25 a day, your tikes will have access to 25-30 thrills across the fest—some even suitable for moms and dads!