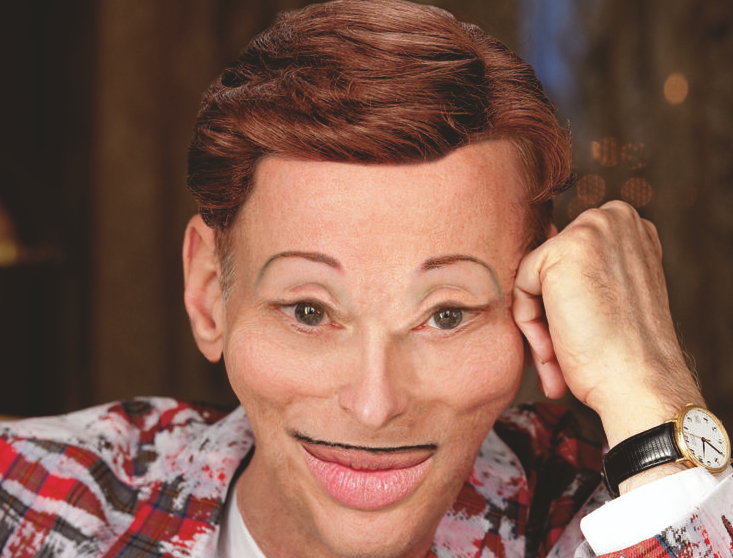 John Cusack still willing to “Say Anything” in (614) interview

My first exposure to the work of John Waters is as banal as it gets—a pubescent 15-year-old boy greedily popping in a VHS tape of a film that touted itself as the filthiest movie ever made: “Pink Flamingos.” But as the years rolled by, my palate matured to appreciate Waters’s contribution to the American cinematic lexicon beyond baseless shock value. Sure, the experimental Baltimore-based filmmaker has certainly deconstructed the 50’s puritanical model in which he was raised with sleazy, postmodern zeal, but there is much more to Waters than freaking out audiences.

A cultural icon for individualism, Waters is emblematic of artistic force and deviant expression—a shining star of queer and racial identity. His newest art exhibition, “John Waters: Indecent Exposure.” is a wide assortment of Waters’s visual art, presenting over 160 photos, sculptures, writings and films that has been waiting in his arsenal over the past decade. By bringing his darkest fascinations to light, we get to see inside the mind of the 60-something sophisticate, armed with a camera, a pencil thin mustache, and anecdotally, a lifetime supply of poppers.

(614): Tell me about the genesis of Indecent Exposure.

Waters: It began, I guess in 1992, which is probably the date of the earliest piece that is in here when I secretly took pictures off the television screen. Then Colin de Land, an art dealer in New York who I really enjoy, asked me if I’ve ever done anything with them. I guess you can say I’m celebrating familiar and insider knowledge of the film and art business in a way that’s hopefully humorous, because I like to make fun of things that I really like.

Do you think this work shares the same artistic goals of your films?

I think saying “artistic goals” might be a little lofty. You could say it, but I wouldn’t say it about myself certainly. I think everything that I do—my spoken word shows, my books, my movies, my photographs, my sculpture—all have the same value, which is that I am trying to make you laugh at things that things that maybe aren’t funny in real life and to get you to see something in a different way and to accept things that go wrong and fail and that are incomprehensible to the regular people that go look at art.

Give us a couple of examples of your work and what it means to you.

Well, I love to do jokes on minimalism. I have a piece in there called “21 Pasolini Pimples.” At first, you think that they are just nipples, but they’re not. From seeing so many Pasolini movies, I realized that he liked men that had pimples. So, I went through all of his movies and just cut out all of the pimples as artlessly as I could, glued them down in a kind of kindergarten way to show a very obscure fetish that maybe no one ever noticed about Pasolini.

I did the same thing by collaging Grace Kelly’s elbows, because I think she has such beautiful elbows. But do men ever say, “Wow nice elbows?” I just wanted to have a piece that wasn’t sexist that was calling out “Hey! Great elbows you got there!” Each time I try to notice things you’re not supposed to notice.

Would you describe your exhibition as a comedy showcase?

Sure, because my entire goal is to make people laugh. But there are parts that are also serious. You look at this piece called “9/11” and it’s just the name of two movies that are completely forgettable that were on the planes that crashed that day. A terrible detail can be something that makes you makes you go “whoa.” When you look at it, it is completely benign, but when you find out why it makes you think of those movies in a whole different way. I am always trying to take the original meaning of whatever the original films were and convert it into something completely different than the writer or film director ever imagined.

How do you define trash?

Trash as a word is kind of overused. I did “Mondo Trasho” when Warhol did “Trash” and we had no idea we were using those terms at the exact same time until the films were released. I once had a critic say, “Why do you beat us to the typewriter by calling your own work trash?” I wanted to take that word and make it my own.

How has your audience reactions changed since you first started your career?

Well what I did in the beginning of my career is on television now…. So what I am saying is that it is much closer to what American humor is today. Today I think what you have to do is make people laugh at something they wouldn’t normally laugh at to get people to listen.

“Indecent Exposure” runs from Feb. 2 to Apr. 28 at the Wexner Center for the Arts.