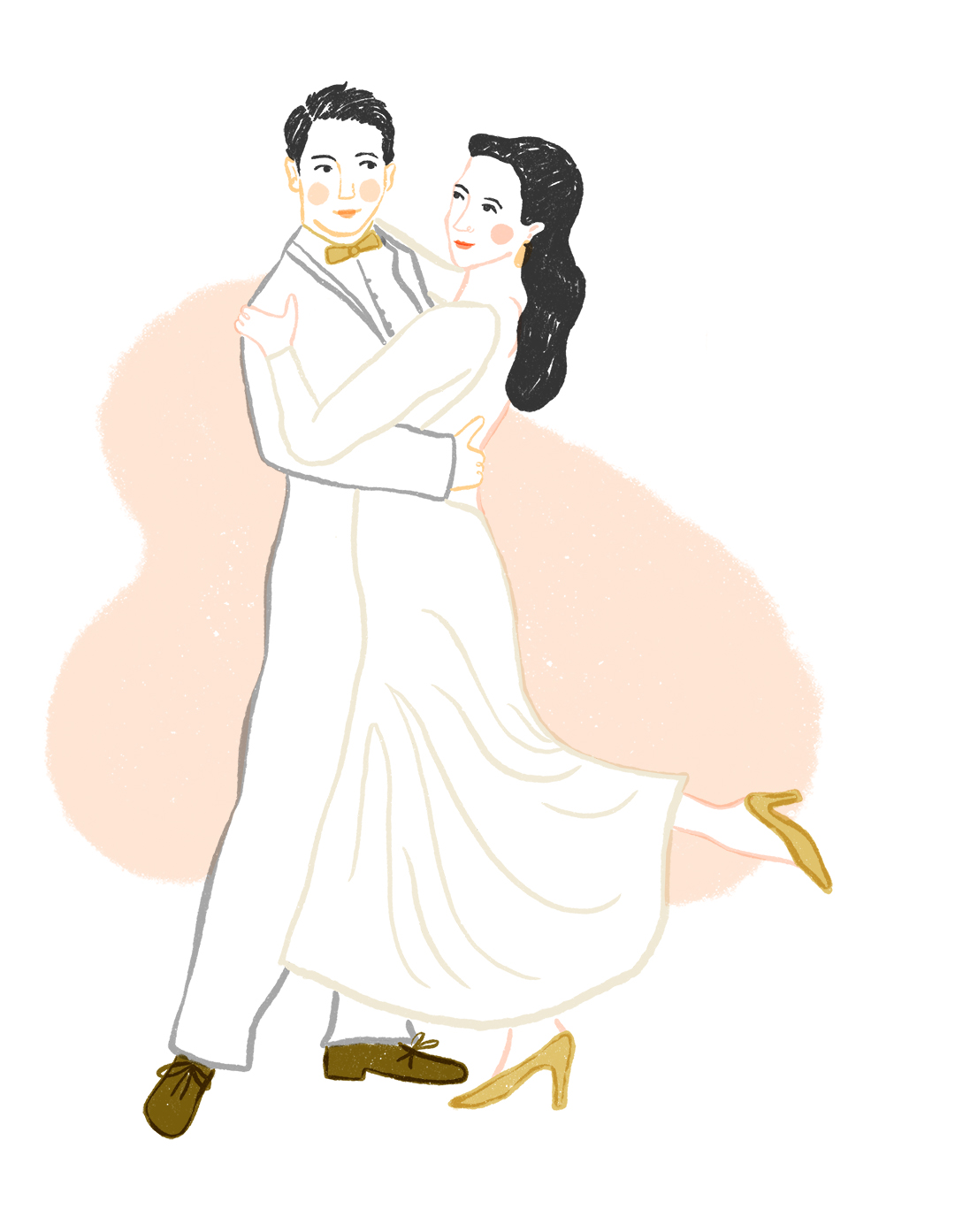 After the ball drops and the last of the confetti and regrets are swept away, the new year inevitably marks our annual cultural commitment to self-improvement that always tends to fall flat.

But it also marks the unofficial start of the wedding season. What used to be a decidedly springtime phenomenon has stretched into summer, with autumn now the most popular time to exchange vows, rings, a face full of cake—and plan for that inevitable first dance.

So if some regular exercise and overcoming social anxiety are on your New Year’s to-do list—or that awkward waltz from your high school prom could use a little polish before the big day—Tony Meredith might just be the mentor you need. As artistic director at Danceville U.S.A., the nationally acclaimed studio in the Short North, he’s committed to finding the dancer in all of us.

“I had a dance studio in New York called Dance Time Square. I’d lived in New York for 20 years and the competitive entertainment environment was a place to hone my skills with that excitement and energy,” Meredith recalled. “I was going to Los Angeles as well, but I really wanted to find somewhere more relaxed, the perfect place where I could still share my work. There’s a competition called the Ohio Star Ball, so I’d been coming here for 15 years. The authenticity of Columbus was inspiring.”

Simply describing Tony Meredith as a dancer is like calling Joe Hunter a piano player. Neither is necessarily a household name, but their hidden influence on their respective industries is enormous. Just as Hunter helped craft the Motown sound, Meredith has had a hand in the ballroom dance revival for decades. From film roles in Evita, Let it be Me, The Thomas Crown Affair, and Shall We Dance?, to choreography for television’s So You Think You Can Dance, to host of the PBS series America’s Ballroom Challenge, he also founded ICON DanceSport, an annual event that brings professionals and enthusiasts from around the world to Columbus every October.

“That confidence and how you carry yourself doesn’t stop when you leave the studio. You just have to take the first step.”

The former U.S. Professional Latin Champion is technically retired from competition, but has hardly slowed down. “We started five years ago with a few clients; now there are groups doing Thriller every year. We used to do 10 numbers, and I just finished choreographing 40 pieces for our fifth anniversary,” he explained. “Our performers come from all walks of life, college students to CEOs. It’s engaging, interactive, and everyone is involved in the experience.”

Much like food, fashion, and film, Meredith hopes Columbus becomes better recognized as a city that cultivates dance as much as any other art form by breaking down the barriers between artists and audiences, who tend to coexist without much mingling in the middle.

“Clients come in for a few lessons and get hooked. I’ve seen transformations in personality. Those who may be shy in their everyday lives come out of their shell,” he explained. “We work with couples before their wedding on their first dance, then they continue as a regular date night. It can be an intimate experience that becomes a part of them.”

Meredith doesn’t deny it can be difficult, but the routine and rewards are a tempting alternative to another grueling afternoon at the gym. Professional competition is still fierce, but a casual evening on the dance floor offers encouragement often in short supply.

“Our students support each other, and that’s something they may not always find in their jobs or relationships. They cheer each other on,” he revealed. “With our showcases, they’re the only ones on the dance floor. There’s an energy and exuberance—putting it all on the line. And they walk off with a sense of accomplishment.”

Even if you aren’t a celebrity searching for your next act, ballroom dance offers an outlet for self-expression difficult to find in a digital world. Sure, gymnasts admittedly have a leg up and wide receivers are already fleet of foot, but if Dancing with the Stars is any indication, it’s less about winning and more about the journey.

“Life to me is like a dance, because it can be a life skill—taking risks, trying something new, conquering your fears,” Meredith explained. “That confidence and how you carry yourself doesn’t stop when you leave the studio. You just have to take the first step.” •