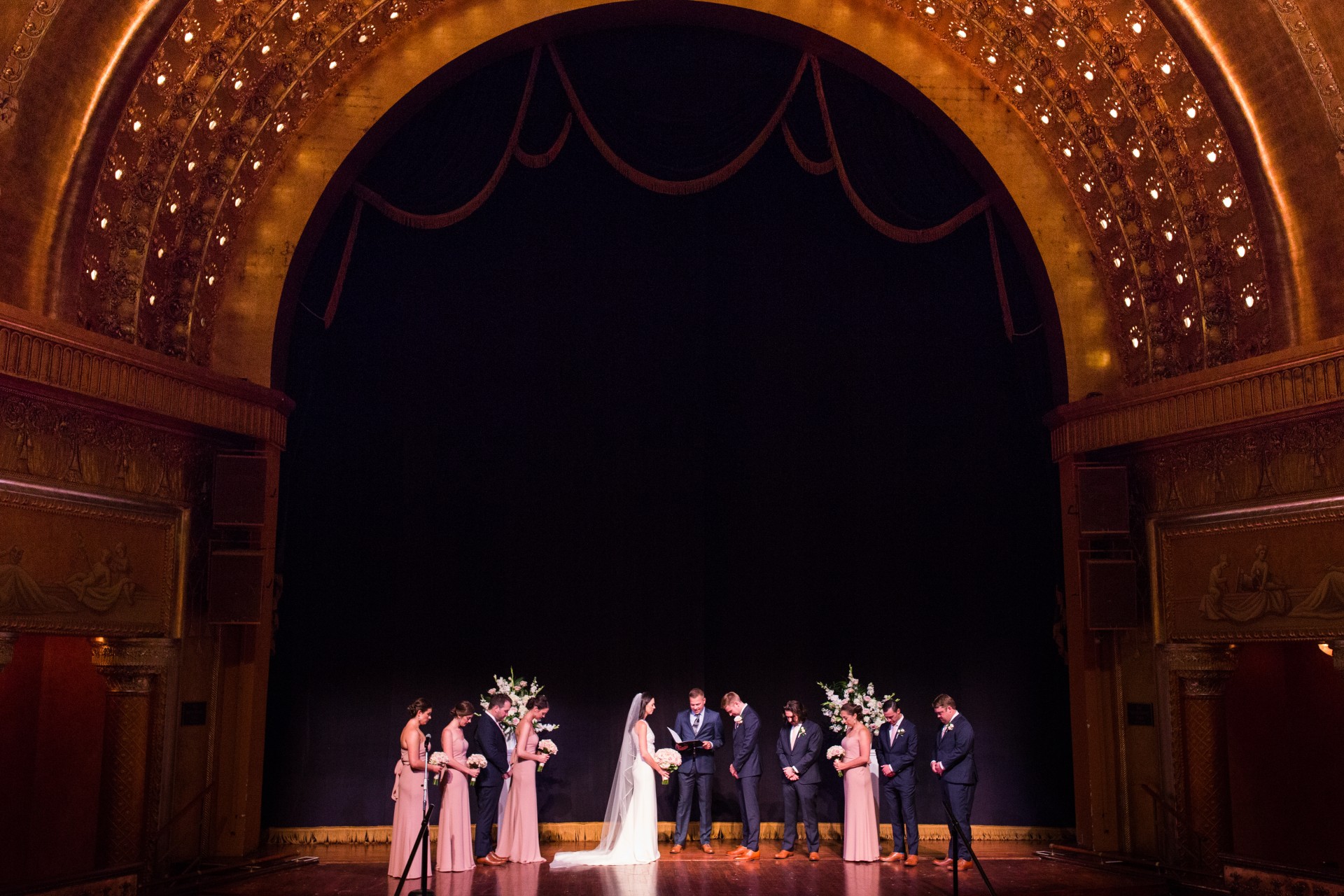 It’s fair to call Kylie and Bobby’s Big Day a “marquee” wedding. How many other people get to claim they got married under the glow of living Columbus history?

A little over a century after it opened (September 21, 1896) The Southern Theatre still stands as one of Columbus’s treasures, playing host to such legends as Mae West and W.C. Fields in the early days—and this month, Iron & Wine.

But this past June, its headliners were Kylie and Bobby who, along with their talented team, crafted a breathtaking backdrop for their ceremony. (The invitations, with their intricate fonts and flourishes could have doubled as a Southern bill right out of the Gatsby era).

All in all, it was a sublime mix of old and new: guests sipped pre-Prohibition cocktails and danced to Kendrick Lamar.

And in the end, they were able to pay tribute to their own history as well, getting married on the same day as the bride’s grandparents—67 years later.

Who was someone that made your big day run smoothly or stand out?My sister was the epitome of a maid of honor. The day would not have been as smooth without her decisive and fun-loving nature. Her speech also had the entire wedding in happy tears as she talked about our families and then had the entire wedding in laughing tears as she told everyone about how she learned to date at work thanks to me.

Any standout stories from that day, or something that you’d do over every time if given the chance?We got married on the same day my grandparents were married 67 years prior. My grandmother is still alive and was able to share the day with us. This by far was the most special part of our wedding. We used her cake topper and used photos from her wedding as decoration.

Did anything go comically wrong, or was there anything you wish you had skipped?Our first dance was timed a little too soon after dinner and our band wasn’t ready yet, but we got up to dance anyway and ended up dancing to a recorded version of our song. When we heard it start playing, we were so confused and just started laughing because we didn’t know where the band was.

Was there anything you did or had that made the big day easier?Our caterer went above and beyond in terms of a perfect set up and tear down. They left no detail unturned and we really had nothing to worry about the day of. It was set up even better than I could have ever imagined.

Anything that you want to add that made your day stand out?Every detail of our wedding was planned to make guests feel like a part of our wedding and to highlight the things that are most important to Bobby and me. For example: Bobby custom-designed his bridal party’s suits and shirts; my bridal party wore the “Kylie” dress designed by Jenny Yoo. When guests arrived at the theatre, they were immediately greeted with champagne and escorted to their seats by important people in our life (coworkers of Bobby and mine). Our programs doubled as a Thank You with my grandparents’ wedding photo from June 2nd, 1951. Our wedding music was composed of current pop songs that we love: Kendrick Lamar’s “Love” & Kanye West’s “Good Life.” One of the signature cocktails (Penicillin) was made with homemade honey-ginger syrup that Bobby made the week before the wedding. The afterparty was held at Main Bar, one of our favorite bars in Columbus. We danced on the bar and took over the entire place. The best compliment we continue to receive is that when people were at our wedding, they saw our love and personalities in every detail.

The Big Day, in six words: An intimate celebration with timeless details.