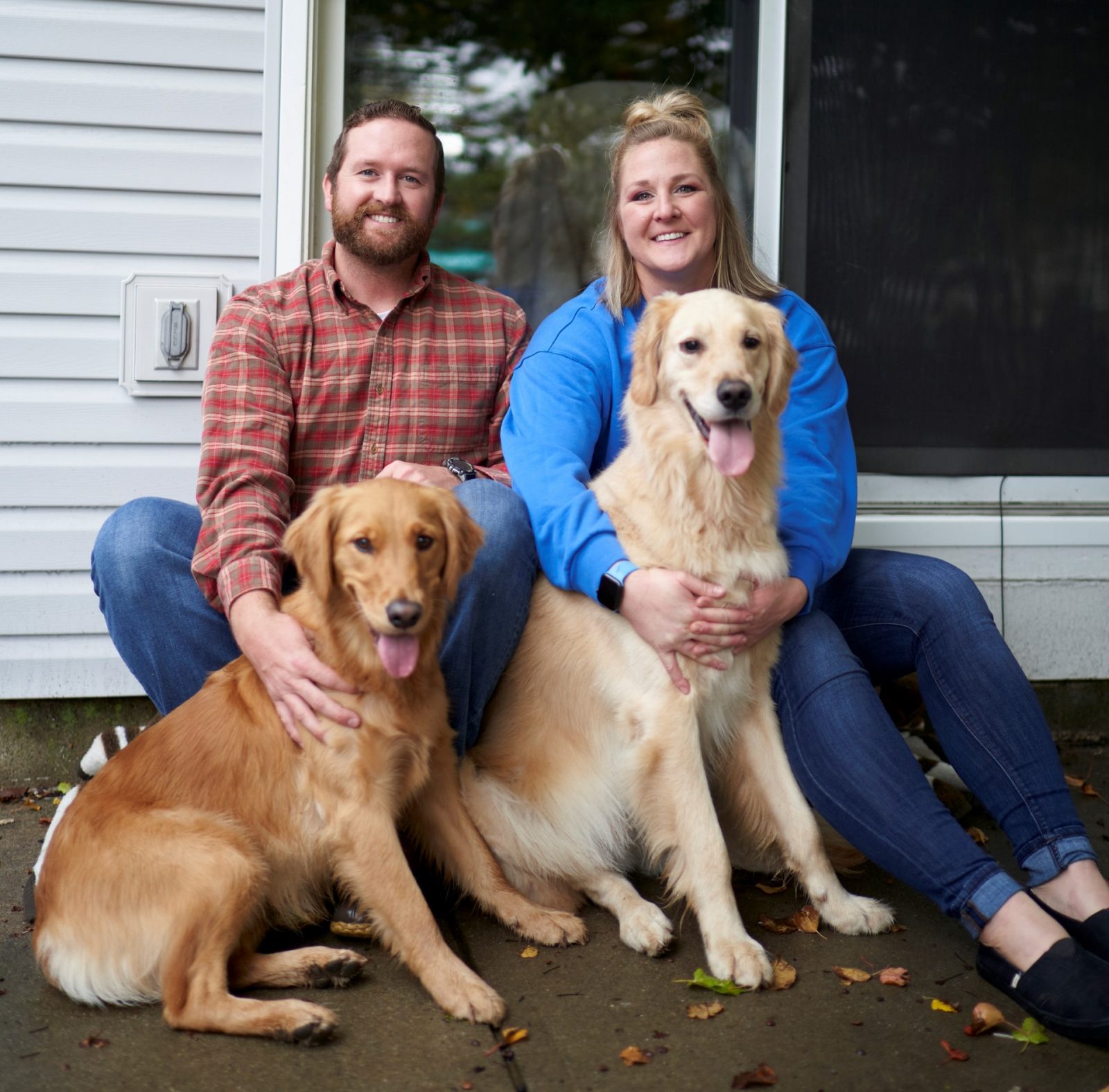 Until next year, burgers and brews

Kaperak and her husband Alan adopted Oakley when he was four months old and Hurley when she was eight weeks old. Now, Oakley is three years old and Hurley is two years old. In those few years, they’ve changed Kaperak’s life.

“When we got these two, it was almost like a night-and-day difference where you could come home and snuggle a dog, or play with the dog, or snuggle then play, or play and snuggle, or go for a walk. It’s very different,” Kaperak said.

Oakley and Hurley are still young pups, but their personalities shine through.

Oakley is well known as “the ornery one,” so much so that when Kaperak started an Instagram account for her goldens, she named it @ornery_oakley_and_hurley_girly.

“If you don’t hear him around you, you think he’s getting into something. Whether it’s the trash, or whether it’s stealing somebody’s shoe and running around the house with it,” Kaperak said. “He doesn’t jump on the table, but he’s so long that he will get on his hind legs, pull something off the table, and then you look at him and he’s like, ‘I know, I’m not supposed to have this,’ so you go to him, and then of course, he takes off running and makes it a nice little chase game for you.”

Though the two goldens have very different personalities, they love to play like brother and sister.

“Sometimes they chase each other but they play every day. Every single day. They are playing with another whether it’s tug, whether it’s fetch,” Kaperak said.

Kaperak loves to be active with Oakley and Hurley, but out of everything, she loves taking them to the beach the most. The two pups have been on multiple trips to North Carolina where they play and lounge on the beach all day.

One of Kaperak’s funniest memories with Oakley and Hurley also has to do with the water. When she took the pups to a dock for the first time, they didn’t understand how docks work.

“They had never jumped off a dock before, so the first time they both wanted to jump off the dock, they were running after a ball and then realized, ‘oh, this comes to an end,’ tried to put on the brakes and both of them went right in the water,” Kaperak said.

Most of all, Kaperak enjoys her companionship with Oakley and Hurley.

“I love that they are always there,” Kaperak said. “The party never stops with them.”