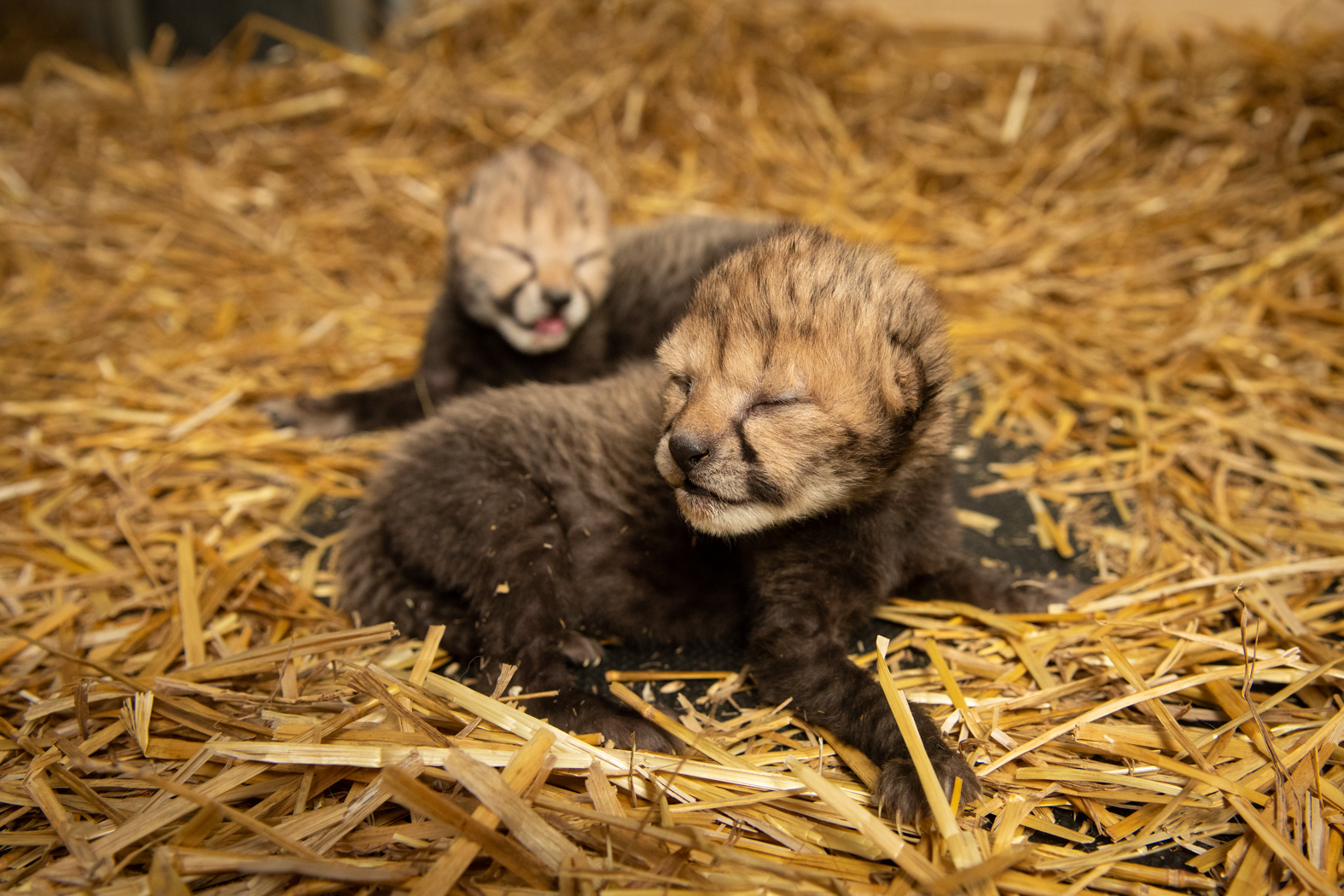 In a groundbreaking scientific breakthrough, two cheetah cubs have been born through in vitro fertilization and embryo transfer into a surrogate mother at the Columbus Zoo and Aquarium.

While the cubs’ biological mother is Kibibi, the cubs—one male, one female—were delivered on Wednesday, February 19 by Isabelle (Izzy).

Izzy, a first-time mom, has been providing great care to her cubs at this time, reported the Columbus Zoo in a release.

“These two cubs may be tiny but they represent a huge accomplishment, with expert biologists and zoologists working together to create this scientific marvel,” said Dr. Randy Junge, the Columbus Zoo’s Vice President of Animal Health. “This achievement expands scientific knowledge of cheetah reproduction, and may become an important part of the species’ population management in the future.”

According to the release, attempts to artificially inseminate cheetahs often have not been successful, with the last one occurring in 2003. The achievement at the Columbus Zoo brings the potential to help ensure the survival of cheetahs in their native range.

“I am very proud of the team for this accomplishment,” said Jason Ahistus, Fossil Rim Wildlife Center Carnivore Curator. “It gives the cheetah conservation community another tool to use in cheetah management, both in situ and ex situ. It really opens the door to many new opportunities that can help the global cheetah population. This is a big win for the cheetah.”