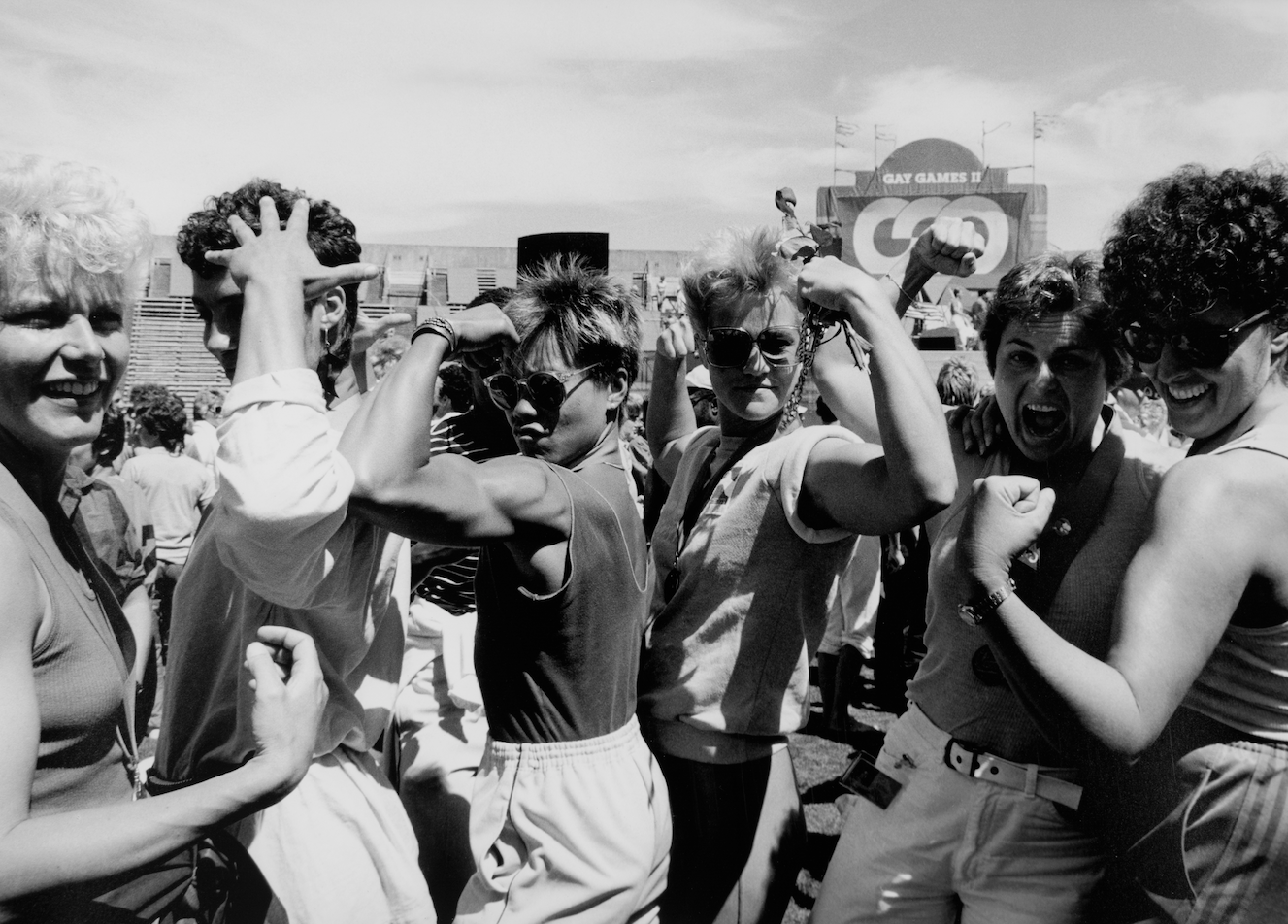 The idea to curate an exhibition commemorating the Stonewall riots started over dinner. After working together on Shared Intelligence: American Painting and the Photograph, artist and art historian Jonathan Weinberg and Columbus Museum of Art Executive Director Nannette Maciejunes were “being the art geeks they are, when they started talking about doing something else together,” says Melissa Ferguson, CMA’s director of marketing and communications. “They were looking for something relevant and fun to do.”

It was 2011, and with the 50th anniversary of the 1969 Stonewall Riots still eight years away, Weinberg and Maciejunes began compiling their wish list of artworks from museums and private collectors around the country. Because it can take a long time for those requests to be granted, they started early, in 2016. They soon realized that they were going to have the largest and most comprehensive exhibition for the 50th anniversary of Stonewall, because they were getting all the pieces they requested.

Art After Stonewall, 1969-1989 will come home to CMA on March 6, following stops in New York and Miami. CMA curated the groundbreaking exhibit, which ARTnews named one of the best and most important exhibitions of the decade. This expansive survey features more than 200 works of art and related visual materials that explore the profound impact of the LGBTQ civil rights movement on the art world.

“It’s well over 200 objects, and the range of objects in the exhibition and the artists is incredibly broad and diverse,” explained Daniel Marcus, Roy Lichtenstein Curatorial Fellow at CMA, who was responsible for the installation in Miami and New York. “I think people in Columbus will be taken with the depth of opportunity this exhibition affords. There are a range of emotional experiences the show offers; I think it warrants repeat visits.”

Ferguson says that lesser-known artists, such as Vaginal Davis, are represented equally alongside celebrated artists like Keith Haring. “So many artists in the show are under-represented in a way,” said Marcus. “Although I am not sure all the artists would see that as a deficit.” Another notable theme the show highlights is the extraordinary explosion of activism after the Stonewall riots of 1969.

“For many of the artists who became activists, the idea of having a gallery or museum career was sort of anathema to how they saw themselves as ambassadors of visual culture,” Marcus said. He explained that this creates a palpable tension in the exhibition that stems from the post-Stonewall politics of visibility. It is a combination of “coming out with sexuality and organizing with other people, and on the other hand, a sort of measured arms-length approach to the official institutions of the art world.”

The exhibition has received critical acclaim in New York and Miami, where it opened in 2019. Although Marcus has worked in the New York art world and has seen his fair share of exhibition openings, he says the Art After Stonewall exhibition opening at the Leslie-Lohman Museum of Art in New York was like none he had ever experienced, in that it was “kind of like a family reunion.”

“Because [the exhibition] takes us through the 1980s, there’s a perception that many of the artists aren’t still with us, but so many artists are,” Marcus says. “The atmosphere at the opening was totally enthused and a familial scene. It was amazing, especially for us who had worked on the show for so long. It was incredible to see people taking photographs with their own work, especially for the artists who have struggled to gain recognition.”

Just because the exhibition has already opened in New York and Miami, don’t think that Columbus is getting the short end of the stick. In fact, Marcus said the Columbus tour stop and grand finale of the exhibition is really the definitive version of the show, the way it was originally intended.

In addition, it will include several projects that reflect Columbus histories. For example, there will be a section of works by local gay icon and trailblazer Corbett Reynolds, owner of the now-shuttered club Rudely Elegant in Franklinton that was host to many outrageous all-night parties in the late 1970s and 80s.

CMA also commissioned an audio installation from a collective of local artists to reflect on their own community with an eye toward the city’s nightlife. Artists involved include Emma Levesque-Schaefer, Bobby T Luck, Twinkle Panda and Prince Shakur. This project explores the diversity of queer histories and stories in Columbus and will interject a range of voices—including artists, activists, DJs, and dancers—into the exhibition galleries. “We felt it would be important to include Columbus histories in the show because these histories matter to the larger story we’re telling,” Marcus said. “It’s going to be so amazing; minds will be blown.”

Art After Stonewall will be on display at the Columbus Museum of Art from March 6 – May 31. To learn more, visit columbusmuseum.org/art-after-stonewall.