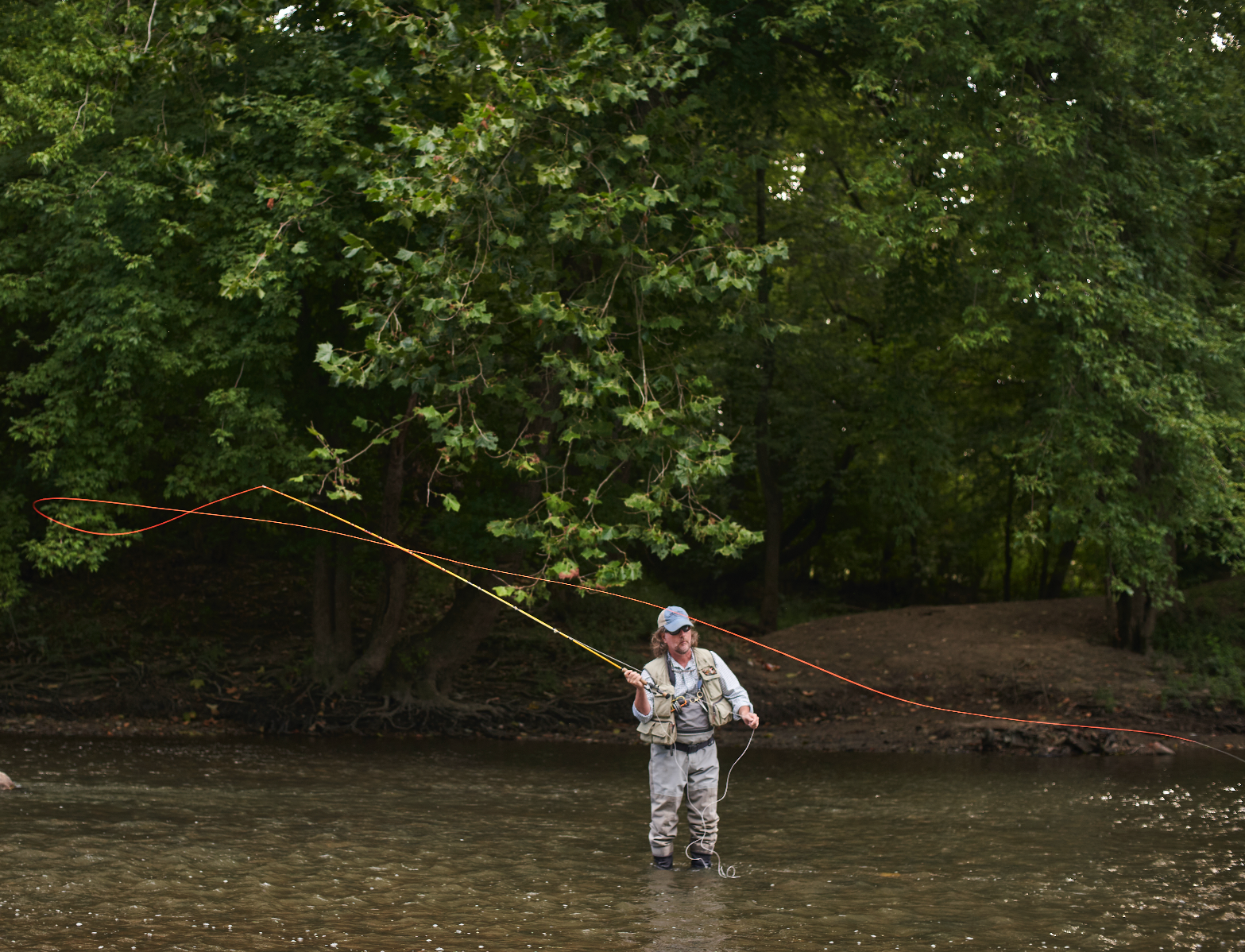 To the non-fisherman, a walk into Mad River Outfitters would feel like a stroll into your average retail store. Seen next to a Cabelas, or the fishing section at a Dicks sporting goods, and the shop looks diminutive. In a sport dominated by shops the size of a small city apartment, Mad River Outfitters is a mecca of sorts representing the largest fly fishing store in the state of Ohio, and one of, if not the largest in the U.S.

To the uninitiated, fly fishing differs from regular fishing by the use of a weighted line that runs along a long flexible rod generally 8-10 feet in length. This rod is used to cast small hooks wrapped in feathers, tails, and string designed to mimic the look of the insects, or animals a fish might eat. Most fly fishing is done by wading into the streams you’re fishing, though fly fishing from boats has taken off in recent years.

As COVID-19 forced many of us into isolation, some have sought out fly fishing, and fishing in general, as an escape from our homes and apartments.

“I haven’t taken a day off since February,” says Brian Flechsig, owner of the store. “It’s almost like everything we’ve done for 26 years was preparing us for this.” In many ways, Flechsig’s whole life has been leading to this.

“My family has always been into fly fishing. When I was five-years-old I remember my dad had this wooden chest he built to hold all his fly tying materials. I was always fascinated by the stuff, and how flies were made. I tied my first fly when I was seven, it was that year that I caught my first trout on a fly, and it’s been part of my life ever since.”

Flechsig’s work in fly fishing began when he became the manager of a small shop in Cincinnati at the age of 19. After working there for a few years, he realized it was something he could do as a career, and settled on Columbus, Ohio, as the location for his store.

In the summer of ‘94 Flechsig, with the help of his Dad, opened Mad River Outfitters in the same plaza they sit today. “I moved to Columbus October 1, and by December 1, 1994, we were open.”

As the years grew on, Mad River Outfitters continued to sell more and more gear, surpassing sales of the local Orvis store in Orvis rods, and selling more TFO rods than Cabelas.

“Amazon and big box stores can’t do what we do, and that’s eat, sleep and breath this sport,” said Flechsig.

Preparations for the move began in November, and even with the pandemic there has never been a moment when Flechsig was worried.

“Nobody got laid off, nobody here ever missed a paycheck.” A huge accomplishment considering the effect of the pandemic on the retail sector.

Another important side of Mad River Outfitters has been its role in education from day one.

“I had always offered a free beginners Fly Fishing course to the public, and one day I was approached by a guy who made videos, and he said ‘Why don’t we try and share what your doing with the world,’ so we began to put out VHS’s and they took off.”

Fast forward to today, and the Mad River Outfitters YouTube has over 90K subscribers, with some videos gaining close to a million views worldwide.

“There’s so much misinformation, especially now with YouTube, and there are very few people in the industry who have been educating as long as we have,” said Flechsig. “A lot of the guys making videos back when I started are in their 80s and 90s now, I started when I was 25 and was one of the youngest.”

For those looking to get started in the world of fly fishing, Flechsig recommends watching episode 14 titled Getting Started in Fly Fishing Program on their YouTube channel, and then coming in to Mad River Outfitters to build their first rod.

“Eventually people will be able to take our basic casting class, but for now our YouTube will have to suffice,” he said.

With football seasons everywhere on the chopping block, those looking for a new way to spend their Saturday afternoons might just have to pick up a rod and some flies, and wade into their local rivers to fulfill their outdoor cravings.