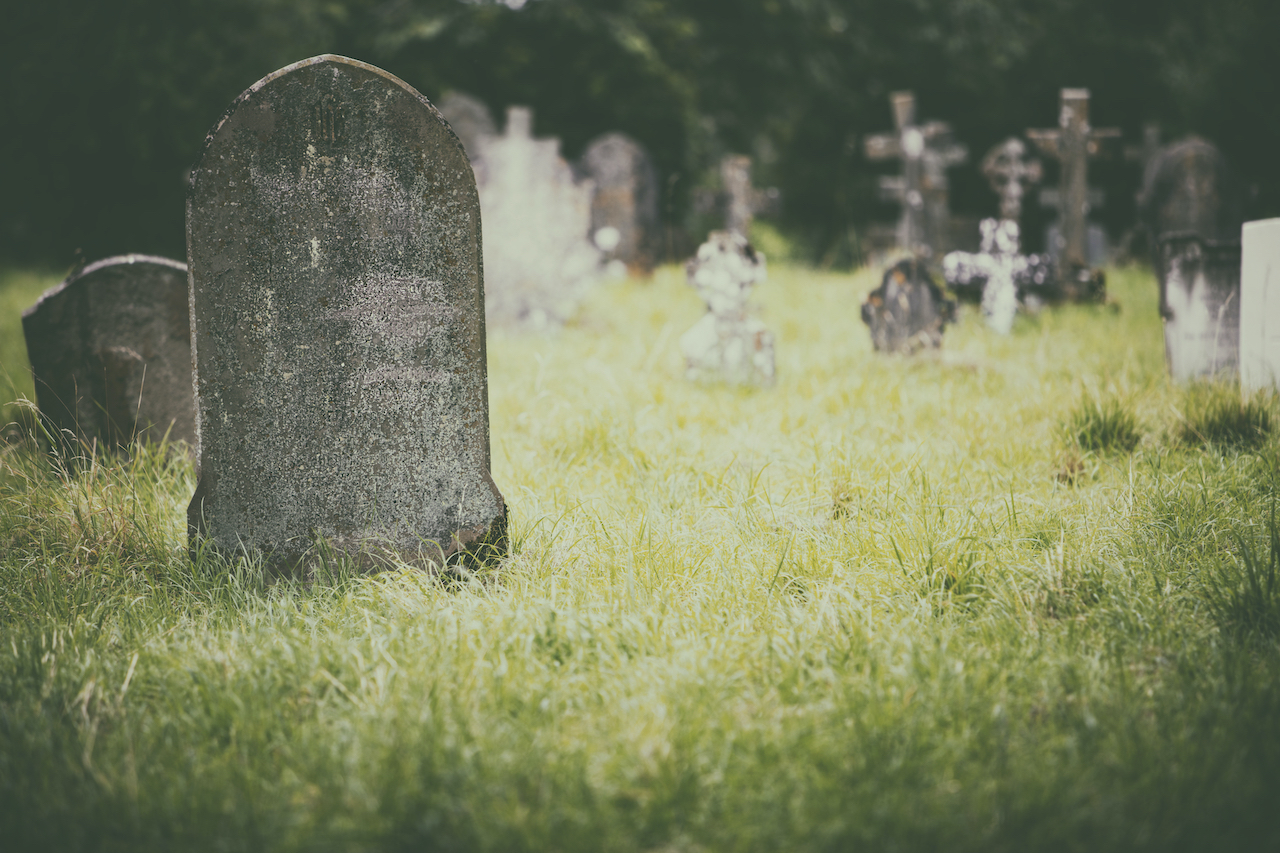 There’s something truly special about Halloween. Sure, the candy is great, and I love horror movies more than almost anyone I know. What’s special about this holiday though, is the way it encourages a connection to the weird and the mysterious, in ways we would normally avoid.

And for the October adventurer who wants to truly indulge in the spirit of Halloween this year, there are plenty of locations in and around Columbus—ranging from your garden variety strange to downright scary—that are sure to pique your interest.

Note: Many of these sites serve as resting places for both human and animal remains, and as such, they demand our respect. I chose to include them because I believe they’re all important parts of our city’s cultural past, and the history is important, even—maybe especially—if it scares us.

This spot combines probably the two most frightening things I can think of: death and psychiatric institutions from the late 1800s and early 1900s.

As its name suggests, this was the on-site cemetery for the now-defunct Ohio Hospital for the Insane (forgive the outdated terminology), which was built on W. Broad St. in 1877 after a fire destroyed the Ohio Lunatic Asylum in 1968 (yikes, more outdated terminology). The massive hospital, with its ornate Victorian construction, was supposedly one of the largest buildings in the United States for some time and housed nearly 3,000 patients in the 1930s.

Now, with the hospital long gone (it was demolished in the 1990s), all that remains is a historical marker which reads“We recognize the courage of past state hospital residents who lived with mental illness and inspired future understanding,” an open gate, and several neat rows of mostly unadorned headstones. The cemetery likely serves as the final resting place for unclaimed residents of the asylum.

One now-infamous headstone there cryptically reads only “Specimens”. While it’s unclear exactly what this refers to, some Columbus urban explorers have postulated it served as a site for limbs and organs that were removed as part of surgeries or medical procedures at the asylum.

What’s also interesting about this cemetery is its location: you truly have to know what you’re looking for or you won’t find it. After about 30 minutes of dedicated looking, I finally found it—tucked in an eerily-quiet wooded alcove off W. Broad St. between a police department and other government buildings—and found myself feeling like I had been plucked out of the city, and out of this century, itself.

Erected by the ancient Adena culture roughly 2,000 years ago and measuring 20 ft. high by 100 ft. in diameter, the Shrum Mound feels megalithic.

And this feeling remains despite the row of modern apartments that sit across the road from the site, which holds a quiet but unmistakable air of mystery and reverence.

From the entranceway to the mound as visitors pass through an antiquated stone opening and are seemingly surrounded by a deep tract of woods on three sides and the vast McKinley Quarry just east of these trees, it’s even easier to get lost in the aura of the mound.

Two skinny, winding paths spiral up either side of the site, leading to a flattened, grassless patch at its very top that visitors can summit.

The Shrum Mound is one of the last conical burial mounds in the state of Ohio, and these sites were historically reserved for notable community members. While the number and identity of Adena people buried within aren’t known, it’s likely to have been used for multiple graves.

Yes, there is really a pet cemetery. No, it’s not haunted.

While the previous locations featured in this list seemed to be tucked away in anachronistic locations, the Brown Pet Cemetery, just off Sawyer Road south of Gahanna, is quite literally within the shadow of John Glenn International Airport.

The cemetery was created by veterinarian Walter Brown in the 1920s, and it now serves as the resting place for nearly 500 beloved pets.

While it might be natural to think of the location as off-putting and strange at first, I ended up leaving the cemetery more impressed by the tenderness and care behind it all.

Walking by the graves of long-gone animals, some with their likeness emblazoned onto the stone itself, you can’t help but feel the love these people felt for and lavished onto their pets.

If you’re open to a drive, there are a multitude of other interesting, important locations touched with creepiness nearby Columbus. Here are a few of our favorites, but this is by no means an extensive list.

Famously known as the set of Shawshank Redemption, this beautiful, historic, and some would say the haunted building is still open for tours.

A former mining community in remote Appalachian Ohio. All that remains standing of the town today is a handful of foundations, a vast railroad tunnel, and an old cemetery.

While this massive furnace doesn’t involve cemeteries or creepy stories, there’s something enrapturing about this now-defunct monolith at the edge of Lake Hope State Park. Used to create civil war weapon art and powered by coal, it still towers above everything else at its roadside historical site.

Located beneath Cleveland’s iconic soldiers and sailors monument is a cryptic series of massive underground tunnels that the monument offers tours of annually.