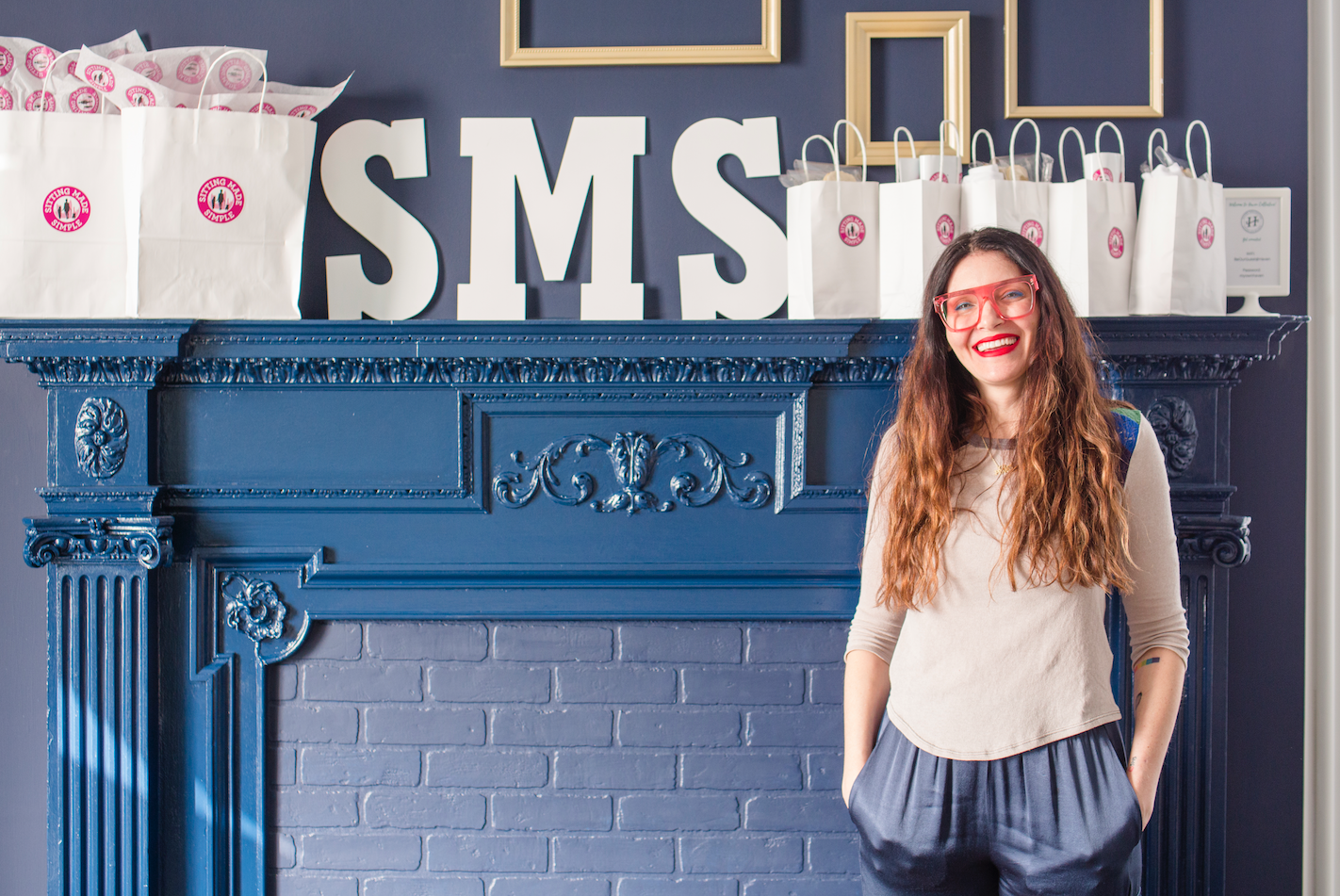 Babysitting is big business; just ask any parent who doles out hundreds, if not thousands, of dollars each month for childcare. You can also ask Amanda Knapp, founder of Sitting Made Simple (SMS), a Columbus-based babysitting service that is opening new locations nationwide as a franchisor.

Sitting Made Simple began 11 years ago out of what Knapp saw as a need in Columbus for reliable, trusted, and all-around great babysitters. But she never imagined the babysitting service that she started to make extra cash would blow up the way that it did. “To be honest, I think it’s kind of weird to think about, especially knowing 11 years later everything that was coming my way when, honestly, I was just so naive and not even thinking about what I was really doing at the time.”

Having grown up in Kansas the oldest of three kids in a two-working-parent home and the oldest of “like a million” cousins, Knapp had the opportunity to hone her childcare and household management skills. “Running a home and childcare was really just all I knew. So literally, the day after I graduated high school, I walked right into a nanny service,” she says. “And my first family, at 18 years old, was with a single father and five kids.” Although she had no college degree, Knapp was armed with a lifetime of valuable experience that would pay off in the long-run.

Today, her company is in nine cities, with Knapp at the helm of the franchise business and the Columbus location. Other locations include Cincinnati, Cleveland, Dallas, Ft. Worth, Indianapolis, Nashville and Raleigh— and Knapp says she hopes to soon close a deal for a new franchise location in Denver. The decision to franchise in 2015 wasn’t an easy one, but Knapp says it’s one of the best things she could have done.

But not just anyone can open an SMS. Knapp is looking for franchise owners that “get it,” and that’s why nearly all of the owners have been formerly connected to SMS in some way. The Indianapolis owner was a Columbus mom who used the service and saw a need when she moved. Fort Worth’s owner used the babysitting service in Dallas, and wanted to bring the service to the neighboring area. Raleigh’s owners are sisters, one of whom was a sitter at the SMS Indianapolis location for several years. “We are all definitely in the know as to how the SMS experience works, for sure,” says Knapp, who personally and extensively trains every new owner.

How does SMS work for customers? Families join SMS by paying a $50 annual fee and a varying scheduling fee ($10, $15 or $25) based on the amount of notice they give the service. Members can log into their account from a mobile or desktop, pop in the dates they need childcare and then choose a sitter based on their availability. The SMS office takes it from there, with dedicated staff who manage all phone calls and emails to ensure every request is handled with a personal touch.

Although technology has become a huge asset to the business, it has brought with it competition. “We are not an online business, specifically,” Knapp says. “There are a lot of those online sites where you are hoping your profile matches with somebody or you connect with somebody; we’ve never been set up that way.” Instead, Knapp or her franchise owners meet with every sitter in-person to ensure they are a good fit, and then they nurture the relationship, which Knapp says helps keep both sitters and families happy.

“[Technology] is a great thing to have. I mean, look, you need the convenience. You certainly need to be able to connect with. But the problem is, if you are not meeting and screening in person, there can be problems,” she says. “I see many of them for yoga. We hang out each semester. They’re required to touch base to talk about things that happened since the last time we updated. There are [sitters] who absolutely need to also feel safe and connected to what they’re doing.”

Although Knapp says she was surprised when babysitting apps and services started popping up left and right throughout the last decade, she is confident that SMS will achieve continued success if she stays the course. “When you see competition popping up, it really makes you understand what it is you have and what it is you need to do. And I really, to be honest with you, I stay in my own damn lane. I learned a long time ago that I could have been worried when businesses popped up. The problem is, it’s been years since all of them started and I’ve been here and I have not seen any change in [the volume] of our business,” she says. “I’m OK with other babysitting services being here; by all means, you know, we don’t keep everyone [who applies to be a sitter]. So you’ve got to have somewhere to push those folks over to.”

When you picture a babysitting service, you might imagine a group of teenage girls on their phones a la The Baby-Sitters Club, but Knapp’s hard- nosed approach to her business is quite the opposite. “This is not the cutesy business that everyone imagines,” she says. “This is a hard business to have. I know how to oversee thousands of sits in one city and still sleep every night. And, 11 years later, to still be in business and have a reputation we have here is something. I mean, it’s just smart business.”