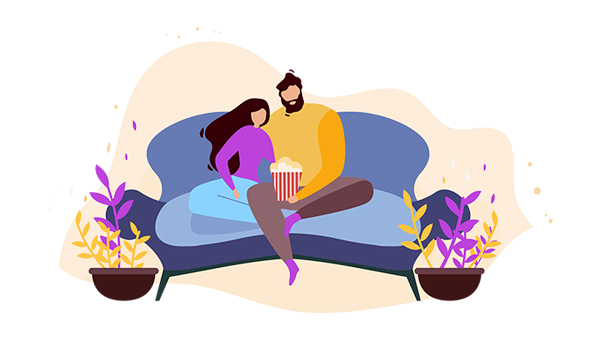 To mask or not to mask, that is the question

You’re doing the right thing and hunkering down for the long haul of social distancing. As the days blur together, stretching into weeks, and yes, probably months, you’ve already watched and re-watched every season of It’s Always Sunny. That old Playstation 3, once relegated to a back corner of the closet, has long since been dusted off. Congratulations on finally achieving 100% completion on GTA4, by the way. Now shit is getting real. Cabin fever has set in, and the election you held for the squirrels who frequent your back deck was less than civil (a 3% flat tax on acorns!? Squirrel E. Sanders is out of his cute little mind).

You need to get out of the house, but let’s face it: another walk around the block or trip to the park only does so much to stave off the ever-encroaching madness. What you really need is a taste of the city life you remember, the bustling streets of Columbus packed with folks going about their everyday business in the before-times. Alas, civic duty demands that you minimize unnecessary trips into public, not that there would be much to do anyway with most businesses shuttered for the foreseeable future.

Well put on your finest PJ’s, cinch up that robe and comb that greasy, unwashed hair out of your face. It’s 2020, which means we’re still living in some semblance of the future. For a trip through the covid-free streets of the city you know and love, all you need is an internet connection and a subscription to a major streaming service or two. For your viewing pleasure, here are a few choice features with a Columbus connection to get you by until the city re-opens for business.

Both filmed and set in Columbus, this John Travolta vehicle is chock full of the scenery you know and love. Follow Travolta through the “mean streets” of the Short North (ha) as he hunts down his murdered wife’s killer or something. As a movie, this thing is pretty unwatchable. As a glimpse of our hometown when it was actually occupied by living, breathing people, it’s number one with a bullet. So throw one of the scenes with the Short North in the background on pause and pretend you’re standing in line to get into the Pint House, or whatever it is you used to do down there.

This Stephen Speilberg-directed flick adapted from the Ernest Cline novel takes place in a future Columbus where a largely unemployed populace escape the doldrums of their dystopian existence by plugging into a complex digital world. On second thought, this one might be a little on the nose. Just cut to the chase and pop in that Blu-ray of Inception instead.

Though it might not take place in Columbus, Jesse Eisenberg’s character in this 2009 action-comedy romp is from Columbus, even adopting the city’s name as his moniker. In the film, “Columbus” has a complex set of rules he abides by to get through an apocalyptic, pandemic-ruined landscape. (Talk about relatable). Queue up the scene where Eisenberg, Woody Harrelson, and the rest of the plucky crew of Zombie hunters are partying down in Bill Murray’s mansion-turned-fortress, and you just might be able to convince yourself you’re back at the bar tying one on with genuine Columbus folk.

No, not the 2016 coming-of-age drama starring Haley Steinfeld (apologies to those hoping for a mini-Woody Harrelson marathon). The 1998 movie of the same name tells the story of a young college student coming to terms with his identity as a gay man, with many scenes set on a fictionalized version of The Ohio State University campus. With classes and sporting events cancelled for the foreseeable future, we’ll take any chance we can get to relive our Buckeye glory days—fake campus or not.

Speaking of fake depictions of Buckeye glory, now seems as good a time as any to rewatch the classic 1991 crime-meets-action-sports thriller Point Break. In the film, onetime OSU star QB and current undercover cop Johnny Utah (Keanu Reeves) takes on adrenaline junkie “Bodhi” (Patrick Swayze) and his gang of thrill seeking, skydiving, bank-robbing surfer bros. With cameos from members of the Red Hot Chili Peppers and more rubber Ronald Reagan masks than you can shake a stick at, this is the most excitement you’re likely to get until the real Buckeyes take to the field again this fall (God willing).