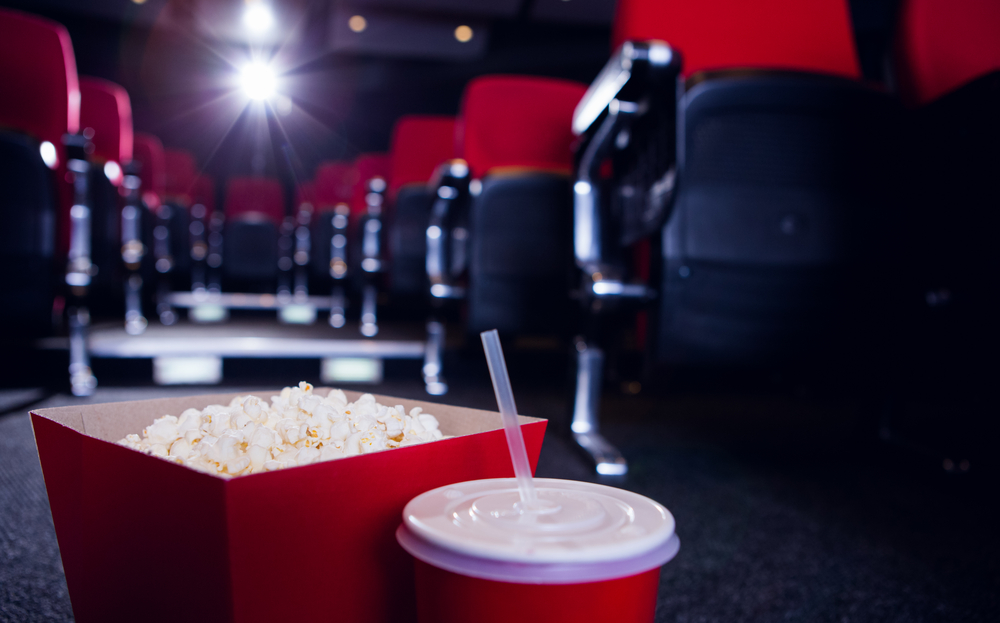 Every Monday at (614) we’ll be here to update you on virtual and physical screenings that are being offered by the businesses and organizations that make Columbus such a special cinema city. Read below for this week’s streams and showtimes.

Happy Monday! Columbus sports are making a (virtual) comeback. So why not enjoy a Crew or Blue Jackets game on the big screen this week? You can also start off your week at Studio 35 with a double dose of 1997 wacky sci-fi. Cap off your week with a Mean Girls beer tasting, just so we can remember what the insides of schools and the bullies within them are like. Even in the middle of a pandemic, there is fun to be had.

Anchorman: The Legend of Ron Burgundy

Back to the Future

The sci-fi classic, which got the beer tasting treatment this past week, stays at Grandview for one more week.

Catch the first Columbus Blue Jackets match on the big screen. Popcorn is included with your purchase.

In the colorful future, a cab driver unwittingly becomes the central figure in the search for a legendary cosmic weapon to keep Evil and Mr. Zorg at bay.

In the distant future, high school kids are encouraged to become citizens by joining the military in a fight to ensure the safety of humanity.

Catch the first game of the knock-out round for the Crew. Popcorn is included with your purchase.

Been missing trivia night? Now’s your chance to get out. There’s also an option to participate online.

BMN! is a late nite celebration of the cheapest, cheesiest, and most unintentionally hilarious B-movies ever made.

“On (Saturday) we wear pink”

Even though you won’t get the full immersive experience, come on in to enjoy a cult classic.

Catch the first Columbus Blue Jackets match on the big screen. Popcorn is included with your purchase.