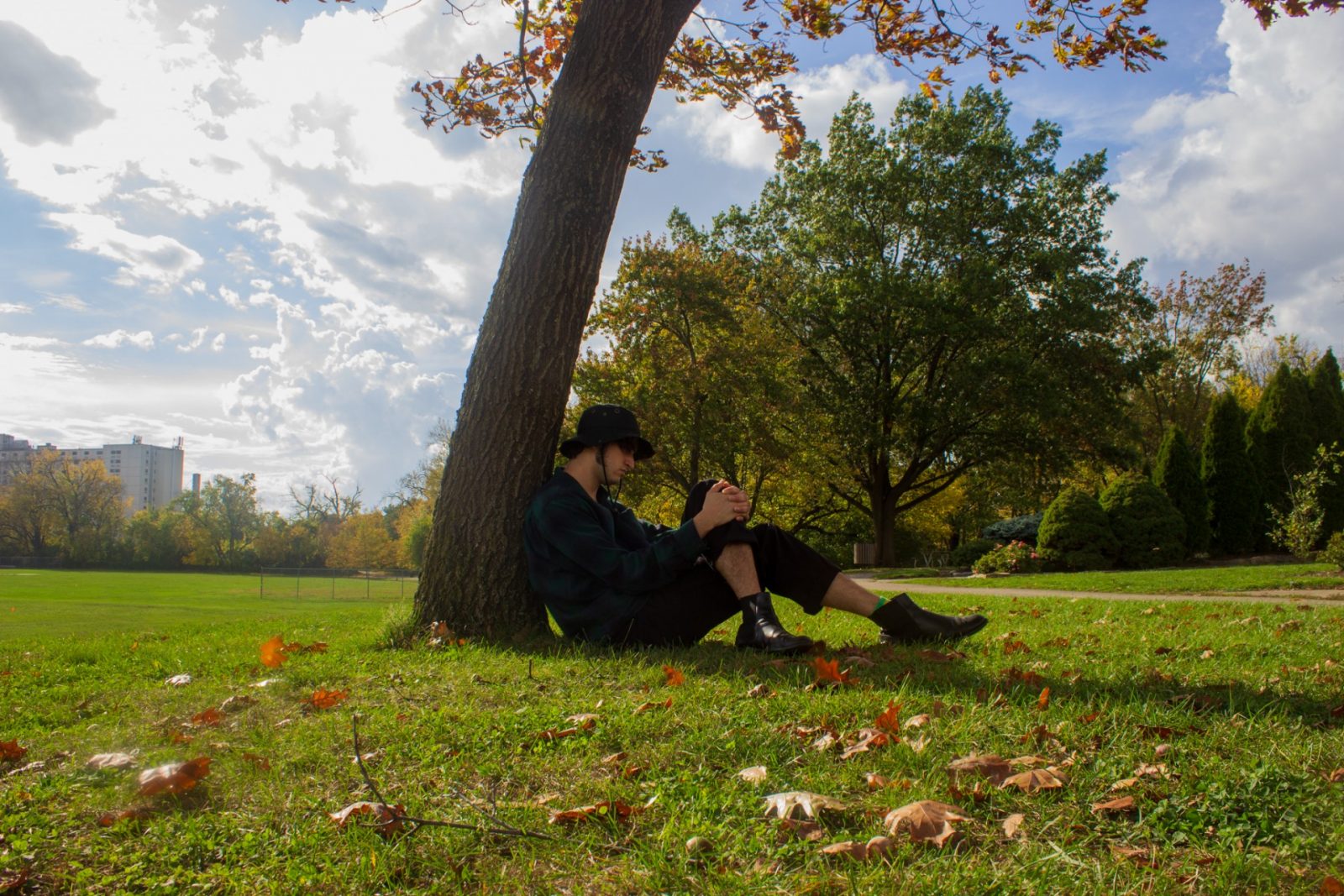 Every other Friday, (614) Magazine teams up with 614 Music Club to feature your favorite local music scene people and lets them build a playlist with complete creative control. They also stop by to have a conversation about life and everything in between and to plug any upcoming releases or performances.

This week’s playlist is brought to you by DIY pop artist Jake Summers, who plays drums for The_Confusions_, guitar for T-shirt and Myto Mitaro, and also has his own solo project. Summers took the time to discuss his thoughts on Alex G.’s (Sandy) influence on his art, his latest solo project, Under The Old Oak Tree, and the Columbus DIY scene. You can stream the playlist on Spotify and check out the conversation below.

I already mentioned to you that after I listened to your new album for the first time, the first note I wrote down was “Alex G.” You told me before this that you didn’t want to have any repeats on your playlist because in that case, it would just be Alex G’s entire discography. What makes him such a big influence on your music?

Like I was talking about earlier, he somehow captures this esoteric-like knowledge. It’s this weird nostalgia that you’ve never directly experienced, but you can relate to it.

In terms of the musicality, he’s really good at writing almost like pop melodies but then he freaks them out a bit it. He puts a little noise in there and I love that combination.

Some of the lyrics he writes, I can just really relate to. He’s sad, but he’s kind of cathartic. He feels like your neighbor as a kid that you would go over to and there’d be dogs everywhere and he’d play Nintendo with you. He hits this weird memory in my head.

Under the Old Oak Tree, which will be released on October 31, is the next progression in your solo work. You define these projects as a “weirdo making Freak Folk” music and are also inspired by film scores. When I listened for the first time, the western genre first came to my head. Are there any western scores or media that you’re particularly inspired by?

I really like the composer Henry Mancini, who did Breakfast at Tiffany’s. That kind of grand, romantic ’50s stuff. I think he’s done a couple maybe Western-sounding things.

But media-wise, I guess I’m just really inspired by things that kind of put you in their own world, you. Film scores that he’s done, they take you to that specific world. Breakfast at Tiffany’s, it’s got its own universe that it exists in.

I like doing that, just capturing this unique place that you can only find through listening or watching.

Was the lyrical content for Under The Old Oak Tree inspired by the forced isolation caused by the pandemic? It feels like there’s a lot of internal dialogue going on here.

I think most of it was how I write lyrics. It’s usually a stream of consciousness, and then I’ll take what I have and cut it back, organize it a little more. So I guess my lyrics are always coming from an internal dialog place, but I actually did most of the recording before quarantine happened.

Around that time, I was in a transition phase. I just got out of a weird relationship and things were changing, so I was probably just crying about that. (Laughs)

I know that the answer is somewhat included in the acronym, but how would you define DIY? And do you feel that the Columbus DIY scene differs from the various movements across the country?

I’d say finding the means to do something that isn’t immediately accessible, you know? I recorded Under The Old Oak Tree I think with my laptop and one microphone. And it’s just because that’s what I had, so I might have missed out fidelity-wise, but that’s that DIY ethic. Working with what you got and making something out of it.

And connections I think are huge. With DIY it’s all about relationships. We’re just establishing genuine friendships because you can tell if someone’s being fake or real or you can kind of gauge their intentions. Keeping a healthy network, it’s big in DIY. I visited a friend in L.A., and he was new there himself, so we didn’t get to see the big inner workings of the music scene, but it seemed intangible. It doesn’t feel that way in Columbus. It feels like you can hop in and get things started.

Here is where you can find Summers on the interwebs: