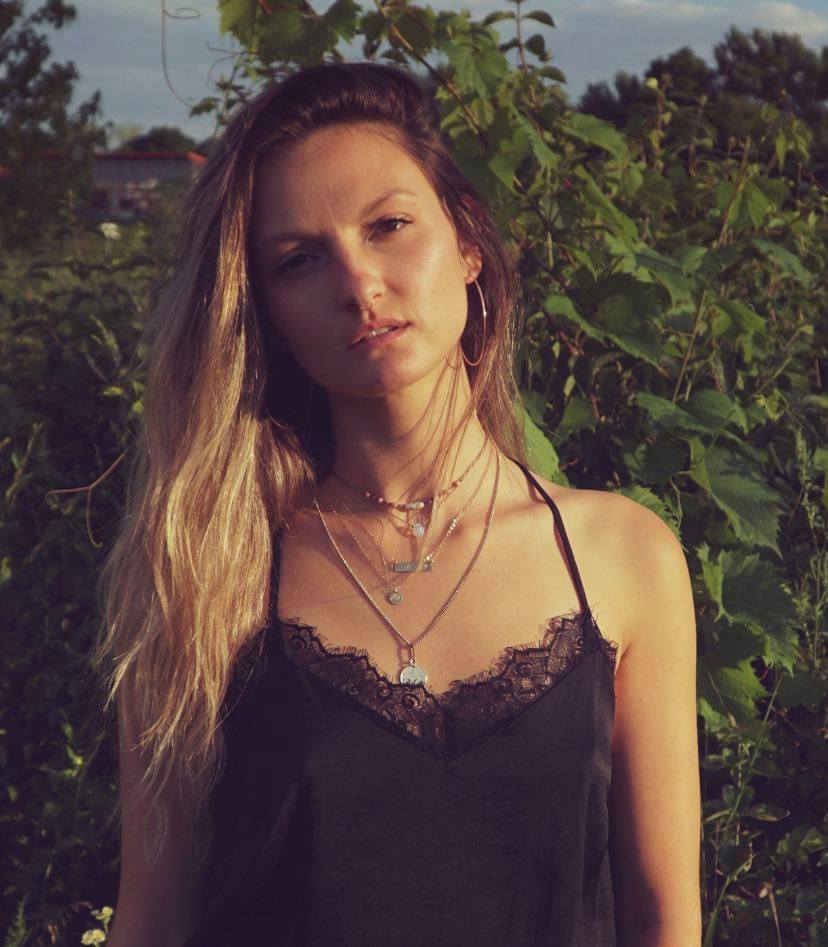 Working out and outside working

This week’s playlist is brought to you by Locution Field Lab. The Columbus DJ released her debut EP, Compell / Industrialized in February. She enjoys playing live shows and has even made an appearance for Opulent Chill at the world-renowned Burning Man. Blending genres like downtempo and techno, Locution Field Lab is an immersive experience. Recently she took the time to discuss her thoughts on the subject and share her personal playlist with (614).

Absolutely. This was actually really hard because I wanted to put all the music I love on it. I have curated a lot of playlists linked to my Spotify account which I highly recommend you listen to.

On this playlist, I included tracks that have not only inspired me as an artist but those that have also inspired me sonically. There are quite a few tracks from Tycho, my biggest inspiration. “From Home” by Tycho is one of my all-time favorite songs. It’s dreamy and nostalgic; it really makes you feel like you’re swimming in a memory. I really love the progression–not only in this song but in a lot of Tycho tracks–and that’s definitely something to pay attention to. Each moment is unique in of itself yet still contributes to the overarching soundscape. I didn’t limit this playlist to exclusively downtempo, though. You’ll have to tune in to hear some of my other favorite artists, tracks, and inspirations.

I did a weekly live stream via Facebook every Sunday back in March and that was really rewarding. I love sharing music, and DJing is such an incredible way to do that. I did my best to work on music in my free time but also found a balance between that and taking time for myself. I try not to put too much pressure on myself and just enjoy the creative process for what it is. So I ended up finishing my first single for my upcoming full-length release. “Indigo’s Lullaby” is the name of the song that I’ll put out in September. (If you want a sneak peek, you can listen to it on ReverbNation). Other than that, I’ve been dipping my toes into digital art and gardening. Really hoping to turn my apartment into an indoor jungle.

Having been born and raised in Columbus, I have the unique perspective of watching it grow. The one thing that really makes Columbus different from other cities is definitely the people. Even though it’s in the middle of a commercialized construction project (when isn’t Columbus under construction? ha ha), I don’t feel that seeping into our community. It’s the community that makes the scene, and the Columbus scene is so warm, accepting, and loving. I can’t say enough good things about the people here.

With one of your musical inspirations being Tycho, an artist who is an expert in many art forms like music and graphic design, how important do you think it is as a musician to engage in other mediums of art?

Well, I think a lot of musicians are artists by nature. I for one identify as an artist more so than anything else. So it’s not only important, I think it’s necessary. As a musician, you have to have a creative capacity in order to not only write music but for it to have a meaning and a feeling. I think Tycho captures this so perfectly. When you listen to a Tycho track, it takes you elsewhere. It immediately encompasses your mind with imagery, and I believe that’s exactly his intention with his music. I also think that using more than one medium to transcribe your vision is so impactful. It’s one thing when you hear music, it’s another thing entirely when it transforms your world.

Locution Field Lab will be playing VASO Rooftop Lounge in Dublin today from 7-11 p.m. To find out more about reserving a spot, check out the Facebook event page. She is also working on finishing up her first full-length release to debut at the end of the year or sometime next year. Locution Field Lab has a single to be released in September. You can get a sneak peek here.

Here is where you can find Locution Field Lab on the Internet: