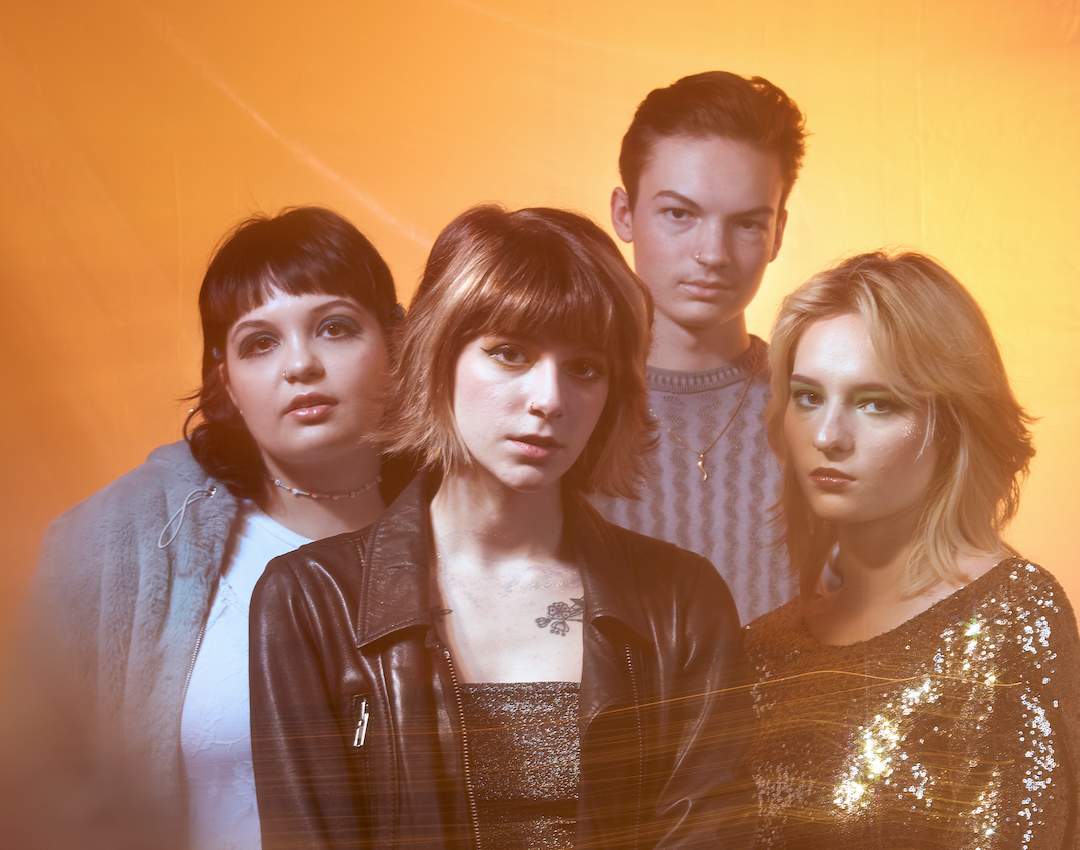 As the decade that birthed the fidget spinner and basically nothing else of note drew to a close, music blogs large and small dedicated astonishing amounts of digital ink to their inevitable “album/song/artist of the decade” rankings.

From relative newcomers like Courtney Barnett, Snail Mail, and Julien Baker, to established voices such as the Breeders, St. Vincent, and Sleater-Kinney, rock music in the 2010s was revitalized by female artists who enjoyed a larger portion of the spotlight in this decade than ever before.

Columbus-based alt-rockers snarls are firmly situated on this new wave, but the rapid success the group has enjoyed since forming in 2017 is entirely due to their own hard work and astonishing creative powers. Consisting of Chlo White on guitar and lead vocals, Riley Dean on bass and vocals, and sibling duo Mick and Max Martinez on guitar and drums respectively, snarls is the capital city’s contribution to the future of rock—and they won’t be contained to the 614 for long.

Originating in the local DIY scene, snarls got their start playing house shows, eventually moving on to established venues throughout the city. The group’s sound incorporates influences from ‘90s grunge, to the emo stylings of bands like American Football, to the pop sensibilities of Halsey and Kesha. The result, as White puts it, is music that coalesces into a “melting pot of teenage angst.”

In the summer of 2019, snarls was propelled to a new level of notoriety when the video for the group’s single, “Walk in the Woods”—a glittering anthem of unrequited love sung over chorused-out guitars and with a hook more infectious than meningitis—premiered on the music blog Stereogum. The track also made the cut for the site’s “100 Favorite Songs of 2019” roundup.

“We didn’t even have a tripod, the camera was set on like four books and the backdrops kept fucking falling,” White recalls of filming the video, which the group self-produced.

“That song not only has given us more streaming, but has brought us so much press and cool shows,” Mick says of the track, which has accrued almost 40,000 streams on Spotify at the time of this writing. “I don’t think the Sleater-Kinney thing would ever have happened if that song wasn’t out. It’s crazy that just that one song alone has brought us so much opportunity.”

The Sleater-Kinney thing? That would be snarls opening for the legendary Pacific Northwest rockers at the Newport Music Hall on their recent tour stop in Columbus. While it was easily the biggest show in the young group’s career thus far in terms of profile and audience size, the members of snarls were up to the challenge.

“For me, it’s easy to switch between playing a house venue and playing the Newport,” Dean says confidently of the band’s milestone moment. “It’s still just a stage. It’s still just people watching me play my music. One’s just bigger.”

If the release of the group’s breakthrough single is any indication of snarls’ trajectory, it’s safe to assume big things are on the horizon. “Walk in the Woods” is just a taste of the group’s first full-length LP, titled Burst, which is planned for a Spring 2020 release. To help achieve their artistic vision for the album, snarls tapped Jon Fintel of Relay Recording to handle production duties.

“Jon has played a really important role,” Mick says of Fintel’s contributions to the recording process. “Not only does everything sound high-quality because of him, but even when we brought demos to him, it was like ‘let’s scrap this song because it doesn’t quite fit in, and I know that you guys can do something better.’ And then we wrote one of our favorite songs.”

For established fans, the description that snarls teases for their new release should come as no surprise: expect a long emotional arc cast across tracks that alternate between “perfect for dancing,” and others better suited to crying. For snarls, the completion of the recording provides a profound sense of accomplishment.

“I make a lot of art. I’m always making a photo, or doodling, or writing. But this is one of my—our—finer- crafted pieces of art that I am just really proud of, regardless of what happens with it, or if it goes anywhere,” says White. “If it just sits in a dark corner for the rest of my life, I’m still content. I’m just really proud of all the work that we collected in this little ten song record.”