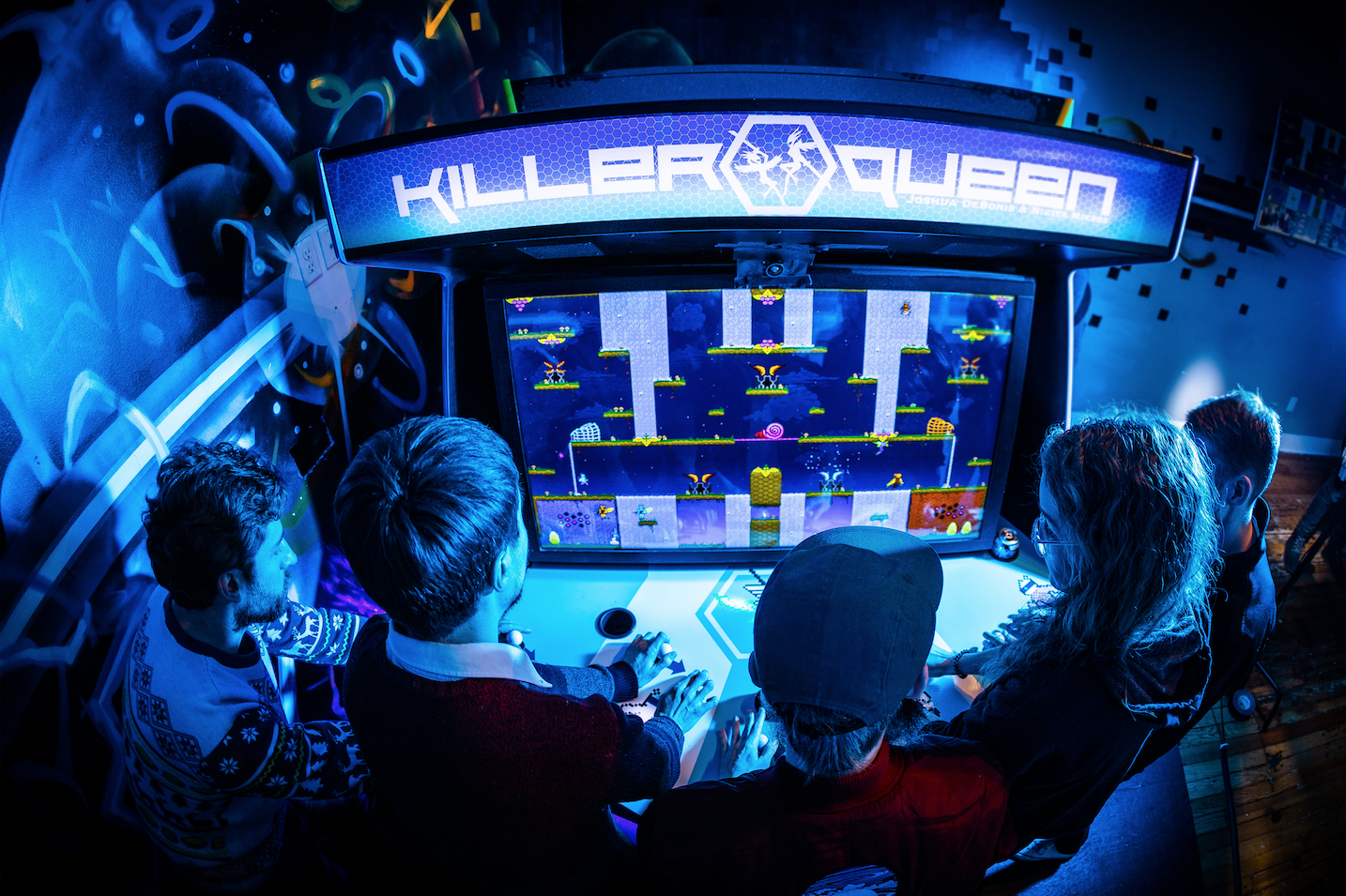 “It is with heavy hearts that we are saying goodbye,” Short North bar closing

Success comes in many forms, each with its own unique challenges. You can slave away as a humble drone, stacking your meagre financial treasures until they amount to a fortune. Or, you can tackle obstacles like a sword-wielding valkyrie, dominating the competition until you crash and burn. Then again, you could always just ride the big pink snail into the wicker basket thingy.

As Close Quarters Gaming Club founder Blake Compton can tell you, there’s no “right” way to play Killer Queen, the five-on-five arcade game that is the centerpiece of his establishment. Whatever path to victory you pursue, the thing that sets this game apart is its unique potential for building community.

“The differentiating factor between [Killer Queen] and other games is that you can’t play against people online,” Compton explains. “You have to play in person, meaning you have to coordinate 10 people to show up at the same time, so there’s a lot of energy.”

For the uninitiated, Killer Queen is a real-time strategy platformer that pits teams of up to five players each against each other in a bee-themed world. One player on each team assumes the role of a powerful, warlike queen, with others playing as drones. As previously mentioned, victory in the game comes in several forms: collecting special berries, by assassinating the enemy queen, or by riding a giant snail god into your team’s goal.

While Killer Queen puts a unique spin on the format, Compton has a long history with cooperative gaming. In his college days, he spent his free time playing the online multiplayer game Defense of the Ancients on a national-level competitive team. After graduating, Compton started a successful construction company and fell out of the hardcore gaming scene for a time. It was discovering Killer Queen that brought him back into the fold.

“I enjoyed it because, at the time, no one knew me,” Compton recalls of his early experiences playing the game at the original Arcade Super Awesome location. “I had built up a company and people knew me around town, but now there was this segment of the population who didn’t care who I was—I was just another guy, and if I sucked at the game I sucked at the game.”

With a growing community of passionate players emerging around the game, Compton realized the potential for creating a purpose-built space for the Killer Queen community in Central Ohio to call home. When an opportunity to rent a space in Franklinton presented itself, Compton turned to the community to help make his vision for the gaming club a reality.

“It was truly member-run and member-built,” Compton says of his club, which got off the ground thanks to crowdsourced help in every area from construction to branding. “I invested a lot of money, but a lot more could have been spent if not for the 20 or 30 people who helped build this thing.”

The resulting member-built club is part chic, modern lounge and part micro-game arena, complete with commentator’s booth for live-streaming tournaments on the gamer-centric online streaming platform Twitch. And of course, there’s the twin game cabinets of Killer Queen, the game that serves as the focal point of the space.

In addition to acting as a hub to the local Killer Queen community, Close Quarters is the sometimes-home to events for other niche gaming interests. In particular, the Columbus fighting game community—which includes competitive players of titles like Street Fighter, Mortal Kombat, and Super Smash Bros.—frequently rent the space for their tournaments.

“We have so many different cultures and so many different-sized venues that, these days, we just kind of pick what kind of atmosphere we want out of an event before we even pick the venue,” explains Kyle Keister, a leader in the local fighting game culture who frequently hosts tournaments at Close Quarters. “This place is nice because it’s got built-in streaming, and the home living room feel.”

Beyond the gaming world, Compton has found ways to incorporate his community-minded approach through the local arts scene. He partnered with the consultancy Side Hustle Syndicate, which uses the club as a venue for events, and has also secured a grant to host Franklinton Friday galleries in the space featuring the work of local creatives. In the same vein, gamer- themed murals from renowned Columbus artists Hakim Callwood and Mandi Caskey adorn the outside of the building.

Want to check out this thriving community for yourself? $5 will get you in the door for a single day. If you like what you see, membership to the club runs $40 a month. Whether you’re in it for glory on the Killer Queen cabinet, or just looking for a friendly gathering of like-minded gamers, Close Quarters offers a more welcoming and homey environment than most bar-arcades.

“I don’t run it as a typical business, where you’re trying to make money and have employees and make a viable scheme. I run it more like an uber-hobby,” Compton says of the club. “It’s kind of like your mom’s gamer basement on steroids.”