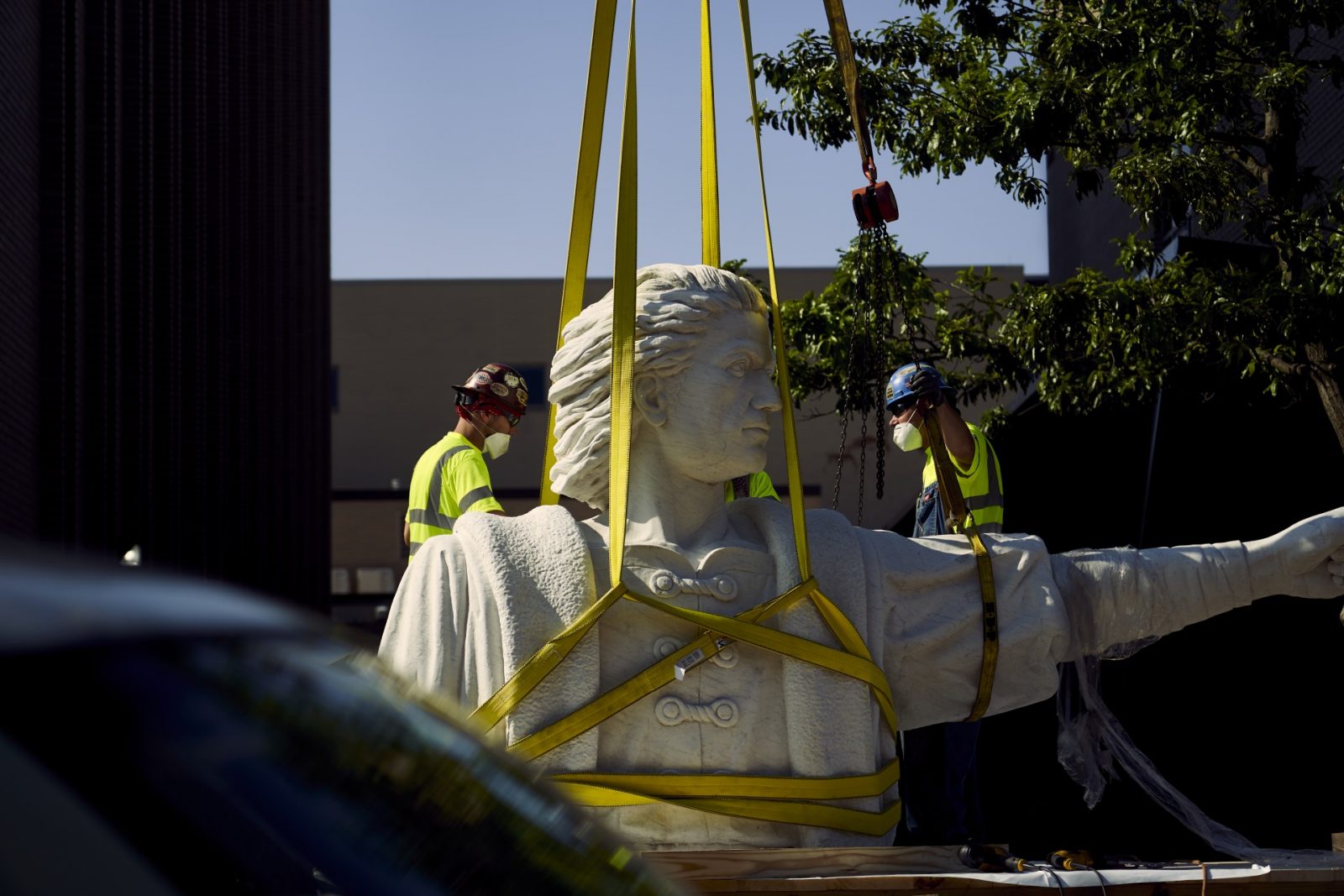 Poll: Who has the best ice cream from Central Ohio?

There is legitimate precedent to rename Ohio’s capital

It takes a collective force for change to happen. We’ve found that out firsthand in our city and in many major cities around the world through the summer months of 2020. Weeks of protests have already led to the statues of Christoper Columbus coming down and Juneteenth replacing Columbus Day as a national paid holiday in Franklin County.

All of that has been a direct effect of emboldened protesters pushing for change. The voice of the majority is winning out, and is it too ridiculous to think that their voices could soon force a name change on our city?

When (614) asked Columbus to vote on the matter, more than 5,000 of you chimed in and gave Carmen, Ohio, the laser-thin lead over Flavortown. Yes, the Flavortown popularized by eccentric Food Network star and frosted-tip legend—the one, the only, Columbus ex-pat Guy Fieri. But, the real winners were the write-in votes.

We here at (614) deeply appreciate your clever new names for our great city. See the Editor’s choice list in July’s print issue. We got everything from STOOPIDVILLE and Dumbassliberalville to the serious ones amongst you who heavily favored Tecumseh and Capital City. Some 30 percent of you begged us not to rename the city at all (though we have nothing to do with that anyway) and one very annoyed reader who commented, “Please don’t encourage this nonsense. Someone is apt to take you seriously.”

Well, someone already took the idea of renaming the city seriously before we ever printed a word.

Right now on change.org, there’s a petition with over 90,000 signatures, as of publication, asking the city of Columbus to change its name to the more wholesome namesake of Flavortown. Tyler Woodbridge, the self-proclaimed Flavortown ambassador of Tennessee, is a Columbus ex-pat himself.

“Tradition is just peer pressure from the dead, from generations’ past. Names and identities are fluid. In this day and age, we should embrace our truths and live it as loudly as Guy Fieri would want us to.”

From a branding standpoint, a lot of local companies would stand a lot to lose by giving up on Columbus. Would Experience Columbus shift its marketing plan to Experience Tecumseh? Would we see the Crew run onto the pitch with blazing bowling shirts in the spirit of Guy Fieri?

As of now, the Columbus Blue Jackets haven’t discussed the possibility of the Carmen Blue Jackets, or any other new name, according to Todd Sharrock, vice president of communications and team services, but, come on, wouldn’t you be curious to see that sweater on the ice?

Bottom line: There IS precedent for a city to change its name. In Ohio, it’s happened four times in the state’s 217-year history. Losantiville became Cincinnati in 1790, the earliest of Ohio name changes. In 1836 a Cleveland newspaper dropped an “a” after the first “e” to become the city’s official spelling.

And when you see that Dublin was once Sellstown and Shelby was once Gamble’s Mill, it makes you wonder if John Sells or James Gamble were no-good doers. Sells wasn’t, according to Tom Holton, president of the Dublin Historical Society–the city was officially named Dublin in order for Sells to be able to sell territory in the Columbus Gazette Newspaper.

Truth or Consequences, New Mexico—formerly Hot Springs—found out the true democratic nature of what it takes to have a city’s name changed back in 1950, well before trolls thought it would be the ultimate meme to get a dead gorilla elected into office (Rest In Power, Harambe).

According to a librarian from Truth or Consequences (the city, not the show), game show host of the program of the same name Ralph Edwards promised to hold the premiere of the 10th anniversary of the show in whatever town renamed itself after the quirky game show program. The city even began throwing a yearly fiesta for the beloved TV icon.

When put to the test, the town of Hot Springs, New Mexico, exercised a democratic vote, in which over 81 percent of those who turned out voted for the name change. With nearly 90 towns in the United States already named Hot Springs, and the process of switching over zip codes being a task no one wants to take on, Truth or Consequences has stuck for the past 70 years.

It’s really not that far off from thinking that a capital city, and a populous one at that, is immune from having its namesake taken away.

As we’ve seen over the past month, a spark can go a long way in igniting substantial and permanent change. Two Christopher Columbus statues have already come down and Columbus Day is no more, in favor of Juneteenth. So the idea that changing our fair city’s name is not as science fiction as one may think.

In fact, it may be the next new thing.