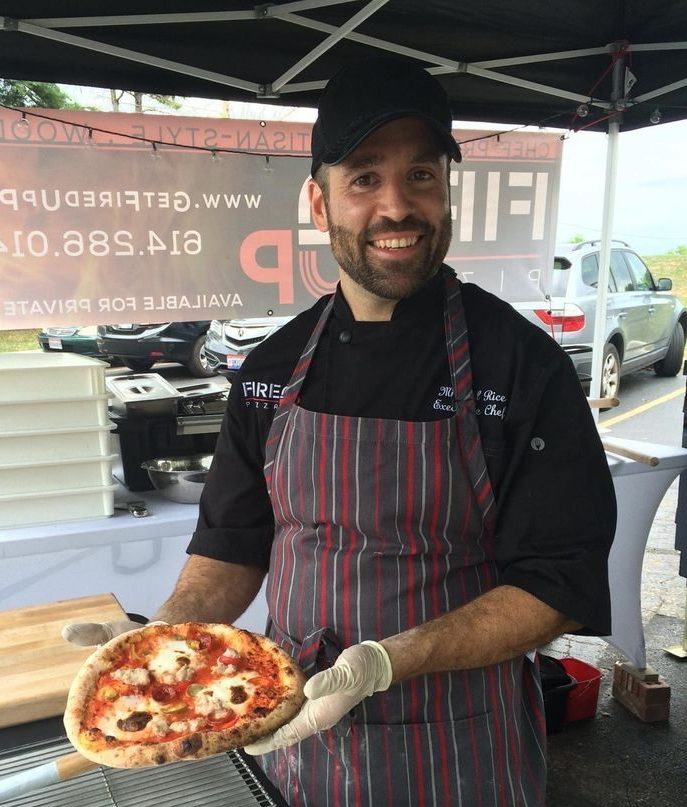 [Watch] Local chefs step up to feed those who serve us

Pizza is probably our most pervasive comfort cuisine, and a predictable staple for those who already preferred to stay at home. With ample options available for take-out and delivery, why would anyone choose one from their freezer instead? Fired Up Pizza is the answer.

After successive stints as executive chef at two Cameron Mitchell restaurants, Michael Rice was ready to create something entirely different, but still from scratch. His mobile wood-fired pizza oven for catering can turn out 60 handmade pies an hour. But with corporate events and family gatherings on hold, his fledgling side hustle selling frozen pizzas is heating up.

“It’s not like a restaurant kitchen. When you’re making a pizza right in front of someone, it becomes a conversation.”

“I think people are really surprised how well it comes out. I get that a lot and when we do samplings at farmers markets or wherever I’m selling them,” revealed Rice, who founded Fired Up Pizza in part to create a closer connection with his clientele. “It’s not like a restaurant kitchen. When you’re making a pizza right in front of someone, it becomes a conversation.”

Farmers markets led to local grocers, like The Hills, Huffman’s, and Weiland’s, and eventually Marc’s and select Giant Eagle locations. From classic Four Cheese and Margherita to Pesto Chicken and Roasted Mushroom, even the chewy crust with a little char still holds up. Variety varies at each store, but he’ll deliver whatever you want to your door for a modest minimum order.

“Independently-owned, local grocery stores are a lot easier to get into just because there aren’t as many layers. They’re very supportive,” he noted. “It’s a more gradual process with larger grocers, but probably a good thing that we weren’t everywhere all at once.”

Shrink-wrapped and oven-ready, at a price point between typical freezer fare and a freshmade pie, Fired Up Pizza hits the sweet spot.