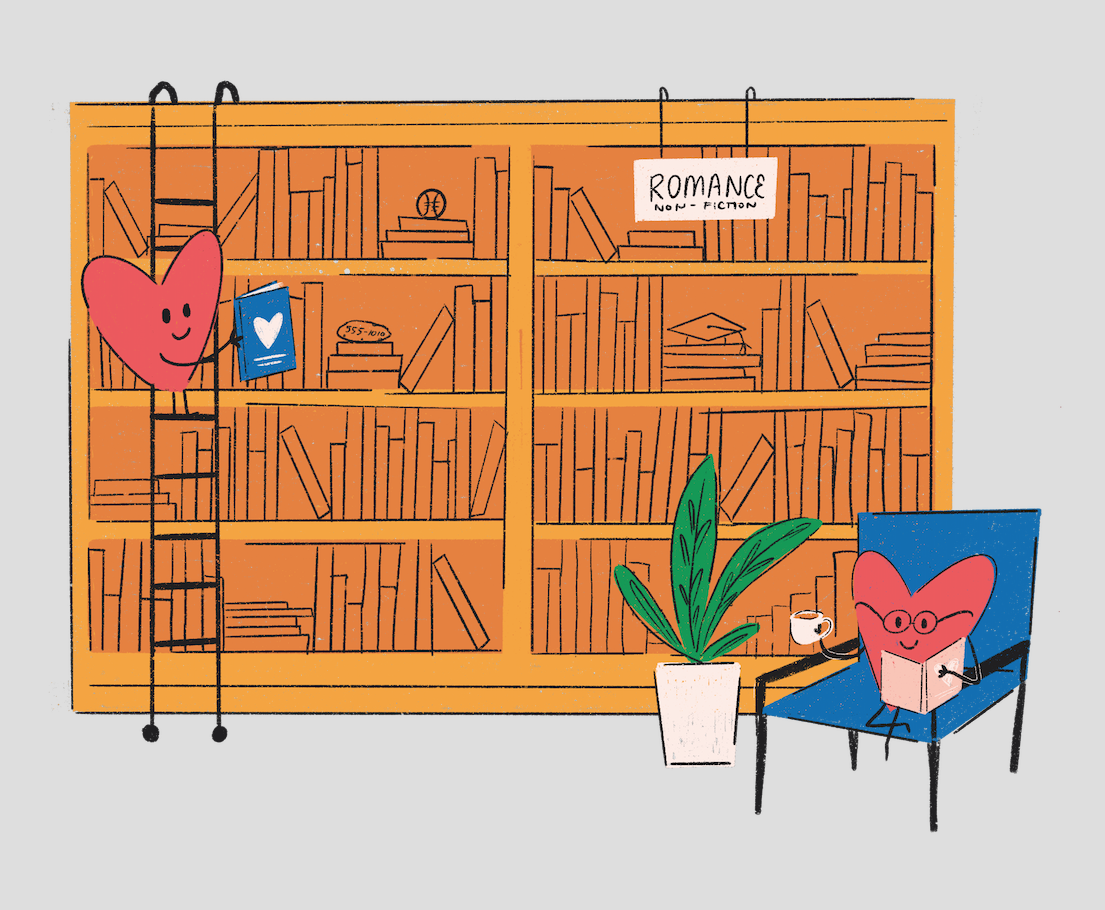 If Hollywood would ever pick up a romantic comedy about a couple falling in love in Columbus, how would it look? Would it be an epic story ending in an intimate proposal on the Scioto Mile, or two strangers bumping into each other at the Varsity Club on game day?

Funny enough, both are very plausible.

This month, we wanted to answer the question: what do love stories in Columbus look like? And what we found is sometimes love stories don’t happen in Columbus; instead they happen because of Columbus. While some folks were high school sweethearts who rekindled the flame, others struck up conversation in countries far away just because they shared the same ZIP code. In part, where you’re from shapes who you are, and for these couples, the capital city holds a special spot in their hearts. And, as the saying goes, the rest is history.

Aaron and I first met in the early 2000s at Eli Pinney Elementary in Dublin. He was my first boyfriend in fourth grade and broke my heart on AIM (AOL Instant Messenger, for the young folk). We didn’t speak a word to each other all of high school, thank you high school social hierarchy. I went on to OU and he to OSU. We reconnected after college while on a bar crawl in the Short North and the rest is history. We are getting married September 2020!

All of this is true: We met at a Clippers baseball game. It was a team outing for work. I worked with his mom and she was setting us up. This story is meant to be a complete disaster. Thankfully, it wasn’t. Our first o cial date was at 16-Bit, where we would take our engagement pictures over two years later. He lived in Arizona for 10 years before moving back to Columbus in 2016. It’s been fun reintroducing him to the city, especially our food and beer scene. I can’t imagine having these adventures with anyone else.

We met at Rendezvous Hair Salon, where she is a hairstylist. Then we spent time together at Drauma at the Bluestone, followed by a night out for a Nina West show at Axis complete with dinner at Union and after party drinks at Macs. We were with my friends and I o ered to walk her to her car which had been towed because, well, Columbus. I stayed with her until we finally found her car at 3 a.m. We started hanging out a lot after that while we both swore we were “just friends”! Almost five years later and we are back in Columbus after a two year move to Tampa. We married (twice, but the story will be way over 100 words! Second time at LaNavona), and have a thousand Columbus stories. Columbus is our home. The place we love and always come back to. There is no place like it.

I moved to Columbus from LA in 2014 and met my now-husband a month after the move. We found out quickly that we were both California sports fans and went on our first date on Halloween. Lakers vs. Clippers was on the TV at the bar, so we made a bet and the loser had to pick up the tab. My Clippers beat his Lakers, so he had to pay up. We’ve been inseparable ever since. We got married March 23, 2019, and I’m so happy to call Columbus my forever home now!

I met Jenny on a wine cruise in Santorini, Greece. I saw her from across the pier before we boarded and knew I wanted to chat her up—she was gorgeous. She and her friends sat by me on the catamaran and we began telling one another where we were from. When it got to Jenny, she said she was from Columbus. I said, “Where?!” and she said “Grandview!” We spent the rest of the weekend together, along with the past three years.

We met as employees at Scioto Country Club in UA. He was a broke server and I was a broke student working as a hostess. We spent many holidays away from family but with each other. We are complete opposites that were impossibly attracted to one another. We married and have 2 children. Still opposites—I work in clinical research and he is a musician and stay-at-home dad. We both have made Columbus our home!

We spent the day (separately) at the 2019 Memorial Tournament and were hanging out at the Bogey Inn afterwards. He was standing at the bar and I was behind him, waiting to be served. His friend kept accidentally hitting my shoulder while trying to reach over me to get his attention. I was visibly annoyed when he asked me to tap him. But, I did. We spent the rest of the night dancing to the live band and had our first date a week later at the Columbus Arts Fest, once again, dancing to the live sounds of Anderson East. The rest is history!

It was one month to the day after my mother had lost her battle to cancer in 2007. It was one of my favorite nights for being out in Columbus—Red, White, and Boom. After my sister’s and my friend’s group persistently encouraged us to go out for fireworks and time with friends, we agreed. We needed something light and fun. What could possibly come of that?

I’ll never forget the moment that I made eye contact with this handsome, tall and smiling man. He had happened to be out with a mutual friend of our group. We made small talk, listened to live bands, and, well—the rest is history. Nearly 13 years later, we now have two great kids, two dogs, and a rich, full life in Columbus. This is the city we met in, and the one we made a life in. I couldn’t ask for a better love story.

We met at Ledo’s, the first bar on our OSU senior bar crawl list. Flash forward 12 hours later at World of Beer, we bumped into each other again and he handed me a raw russet potato with his name and number written on it in Sharpie. Super weird and random but it did the trick. I called him my soul mate to his face that night. Last winter he took me around town. We stopped at both those bars, reminiscing about our time together. He asked me to be his wife in the middle of the same World of Beer where he gave me that first potato, hiding the ring in a large toy Mrs. Potato head. There’s no other way I would have liked the beginning of our story to go.

I met my amazing husband in Columbus on a blind date set up by mutual friends (sounds very 1995, but it was actually 2011). He suggested a casual drink at Grandview Cafe and I upped the ante for dinner at Third & Hollywood. We continued to Spagio and ended at Grandview Cafe and the rest is history! Now, with two beautiful boys, our WiFi network will always be labeled “Third and Hollywood” as an ode to the perfect setting for a first date. We also visit the restaurant every year on our anniversary and it will never lose its luster.