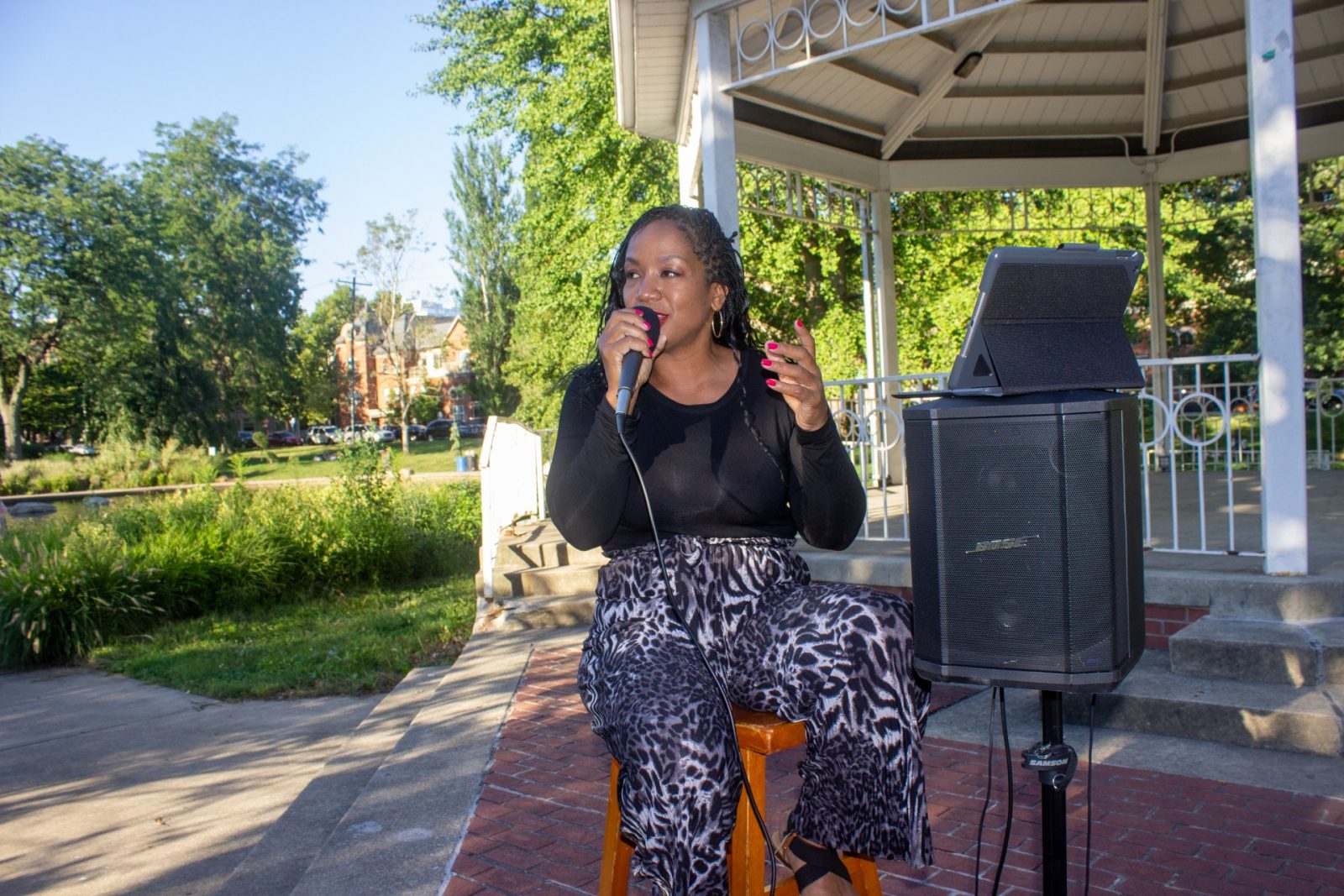 This week’s playlist is brought to you by KaTanya Ingram. Ingram, who started performing to the public at the Gallery Hop in 2009, has become incredibly immersed in the Columbus street performance community. More recently, Ingram has been spotted outside of the ArtMakesColumbus murals near the Ohio Statehouse serenading protestors and police officers. She has also launched her own booking company called Sidewalk Serenades during the pandemic where you can send live music to someone in need. Recently, Ingram took the time to discuss her thoughts on soul music and share her personal playlist with (614). You can stream it via Spotify below.

I started singing over 10 years ago when my children were very young. I made sure to choose songs that I could explain to my boys when they said, “Mom, what does that mean?” Think of songs with meanings that everyone can relate to; genres like the blues, soul, and gospel were my go-to’s.

Venues! Some places that existed when I started are gone now, and because of COVID, others are in danger of disappearing as well.

Who are some of the people in the Columbus community that you look up to as inspiration, both in music and life?

All of the street musicians and those who keep on keeping on during this difficult time we are in. There is no one in particular that comes to mind; I genuinely love them all and have played with many over the years.

Throughout the protests, I would either see you or see videos of you performing to those gathered downtown. Were you able to witness firsthand the true healing powers of music?

Yes, I was. I saw protesters shake the hands of officers as if to say I understand that the minority does not represent the majority. I’ve seen vulgar chants changed to positive messages of inspiration to the masses and meaningful dialogue and follow-up events come from it. I’ve heard people simply say, I understand that I will never understand, but I stand.

Currently, you can find Ingram performing outside of the Columbus Metropolitan Library from 5 to 6 p.m. every Tuesday. You can also find Ingram performing in the Short North from time to time. She will also be performing at the following events: the Columbus Young Professional Week Kickoff event on Monday; Pearl Market on Tuesday, Sept. 22 from noon to 3 p.m.; and Backstage at the Lincoln Theatre (virtual performance) on Thursday, Oct. 22. To book Ingram for a Sidewalk Serenade, click here.

Here is where you can find Ingram on the Internet: