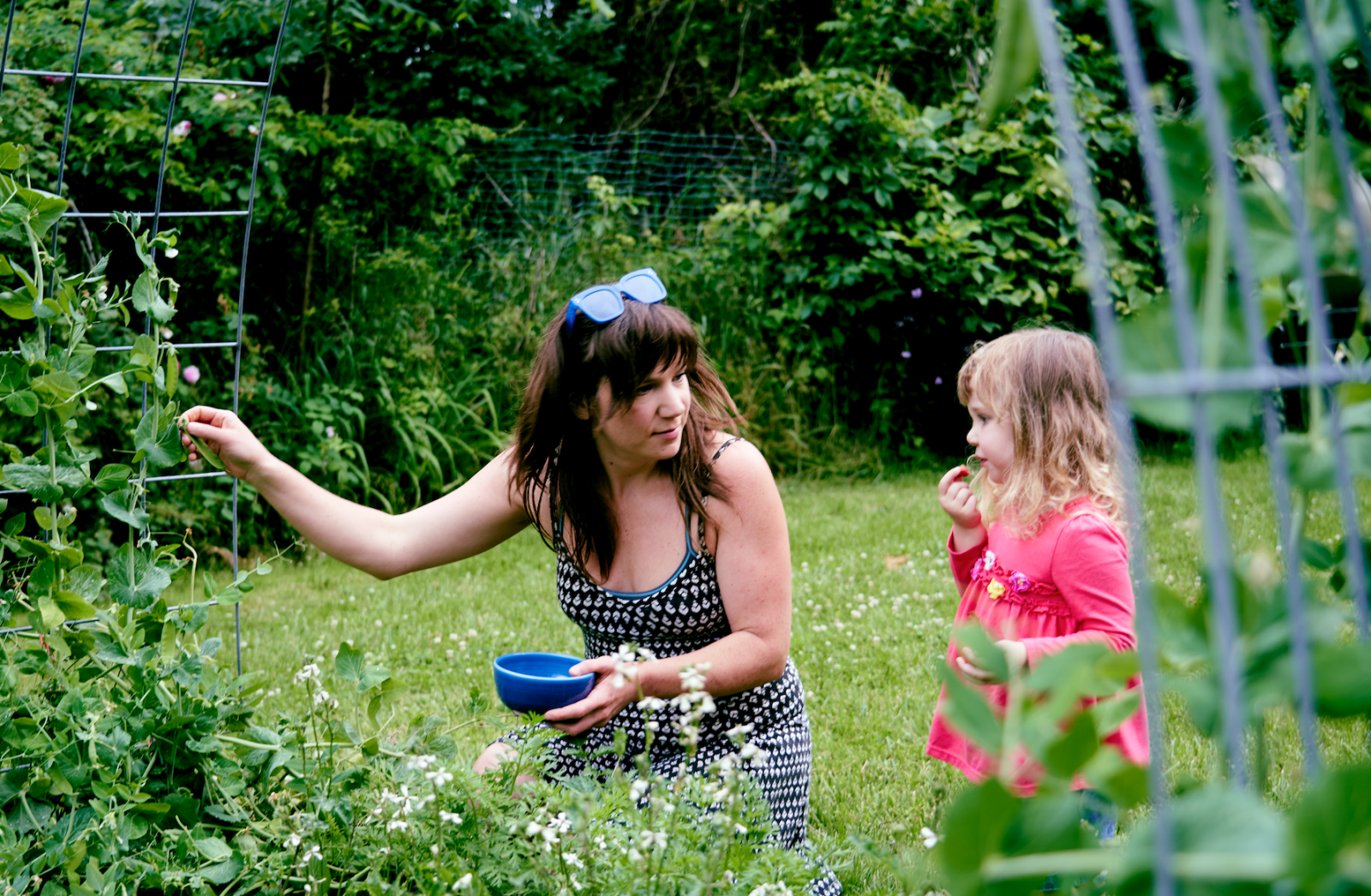 When Nelson Hicks realized just how seriously the COVID-19 pandemic could affect food supply chains, he knew immediately he wanted to create a self-contained source of protein and produce to feed his wife Jen and their three children.

While his first thought was to raise chickens for meat, there was a problem, and a pretty big one at that—the law. The Ohio municipality in which Hicks resides doesn’t allow citizens to raise “barnyard fowl” within 1,000 feet of property lines.

But Hicks wasn’t about to give up and it didn’t take him long to find his
answer: rabbits.

“Almost all municipalities have laws against livestock,” he said. “But some animals fall between the cracks.”

While rabbit-stew may not be your idea of a Monday night dinner, it’s not completely unheard of these days. From backyard-raised meat to expansive home vegetable gardens, Hicks represents a growing population of Ohioans turning to self-reliant food sources in response to the pandemic. And this newest trend born from COVID-19 doesn’t seem to be going away anytime soon.

In a backyard now brimming with a breeding population of 10 New Zealand rabbits, plus a variety of produce including a pear tree, pumpkin, squash, watermelon, and more, it’s difficult to imagine that less than a year ago, none of this existed in Hicks’ backyard.

“Our original plan was to install a fence this year and put rabbits in next year,” said Hicks. “But with the food shortages we were expecting I figured we could spend some of our savings and move up the time tables.”

Each eater rabbit, Hicks estimated, grows to between 5 and 6 pounds, yielding 3.5 to 4 lbs of meat. “A little less than you’d get from an eater chicken,” he said.

And Hicks is constantly exploring options to better his food production as well, as he eventually plans to raise both tilapia and catfish in his garage, inside food-grade drums. Ideally, he would like to create a “closed system” on his property. A miniature ecosystem where all of the things he would need to perpetuate his produce and animals would come from his own backyard. And while he doesn’t believe it’s practical for him to become fully self-sufficient, he does believe self-sustaining practices are important for the well-being of his family and the world.

“I want to depend less on modern meat and vegetable production,” Hicks said. “A lot of it is bad for your health and the environment. The money you’re saving on buying cheap chicken from the supermarket is money that you’ll be spending on your medical bills later on.”

Elizabeth grew her seeds indoors and utilized a variety of home-growing equipment, such as an indoor casing for plants known as a bio dome to cultivate a backyard garden that yields an inordinately high amount of produce.

“Besides the food we get, there’s just something rewarding about it,” she said of the process.

Kyla Raffert and her husband, Eric, residents of nearby Fairfield County, have been producing much of their yearly food supply themselves ever since they moved to the rural location in Central Ohio with their children. In addition to growing a variety of fruit and vegetables for harvest, they raise chickens for both eggs and meat, as well as lambs for meat.

For Raffert, much like Hicks, this comes in part from an environmental conscience, but also a desire to expose her children to the realities and benefits of self-reliance.

“Now that I have kids I want them to grow up equipped, and this makes them value it more. I want them to see how things are grown and raised, to be able to touch them,” she said. “And now our kids will just come out and munch on raw kale, something they would never do in a grocery store.”

Earlier this year, as the effects of the pandemic were beginning to seep into everyday life, Raffert made the decision to acquire even more chickens, more lamb, and a greater amount of fruit and vegetables.

But there was a problem. As self-reliance farming has spiked during the pandemic, Ohio residents have felt a shortage of animals and related services.

“We’ve never had trouble getting chickens, but for the first time this year almost everyone was sold out,” said Raffert. “Eric was able to get the last six layer birds that were available at Tractor Supply, and everything else has been first come, first serve.”

What’s more, the family normally has their lambs processed at Bay Packing—a market and slaughterhouse that has served the Lancaster area since 1932. But a massive increase in processing demands has thrown off the company’s timeline.

And while this spike in Ohioans turning to farming and self-sustenance has created an unforeseen hurdle for some, the influx of interest in these areas is a boon for others.

One of those is the Columbus Garden School. The interactive educator offers hands-on courses in everything from construction to gardening to beekeeping, and boasts a two-acre demo garden at their northside facility.

The school, which had just started to see nearly all of its classes filled before quarantine, had to close its doors on March 15. But after offering an eclectic slate of carefully-crafted online courses, they’re seeing attendance surge.

“We have local students, too, but we’re seeing people attend online classes from as far away as Indiana, Michigan, and West Virginia,” said Columbus Garden School owner Tisa Watts.

“There are people who wouldn’t have been able to attend normally.”

According to Watts, their most popular online class is an introduction to beekeeping, which is regularly full.

“For many of us, we’re at home all the time, so now you suddenly have the ability to think more about the things that you really want to do with your time,” said Watts. “People are finally allowing themselves the opportunity to get into farming, gardening, beekeeping. They finally have the time. And we couldn’t be more excited.”