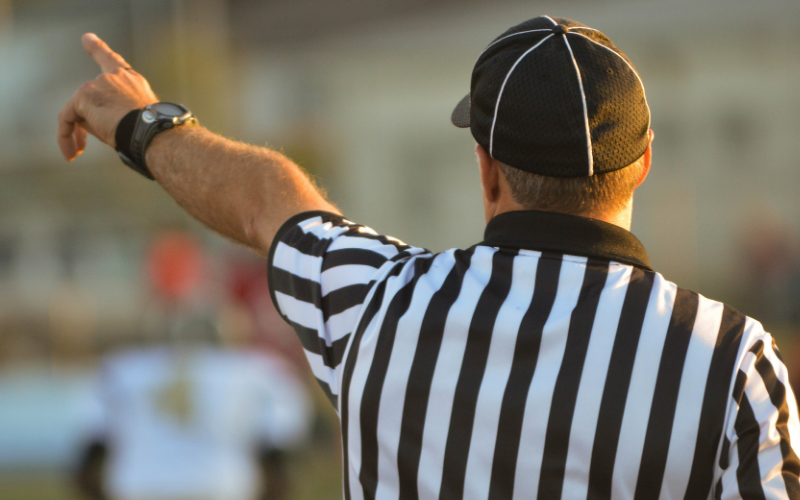 “At the start of the year, we’re usually down around 10%, and then we gain some of that back with new officials. This year, for fall sports, we were down about 15%,” said OHSAA Assistant Director of Officiating and Sports Management Ben Ferree.

Not only do they have fewer officials to begin with, right now they are not bringing in as many new officials as they normally would to offset that, so the fear is that at the end of this fall, they remain down 8-10%.

Winter sports could be hit even worse, given that school sports will move indoors, and the average Ohio official is 50-years old.

“It’s hard to predict where we’re going to end up, because everyone waits until the last minute to renew,” said Ferree.

In a normal year, officials in all sports have to reregister in June, but with the COVID-19 pandemic, they moved back the deadline for winter officials to the end of September. They do know that 3,400 of their 6,000 regular basketball referees have indicated they plan to return for another season.

“That’s still 2,800 that have not renewed yet,” Ferree pointed out. “That’s a big chunk of people. For comparison, that’s as many soccer and volleyball officials as we have put together.”

OHSAA continues to hold officiating classes. Some of those are in-person, but many have migrated online.

Those interested in acquiring an officiating license can learn more about that here.