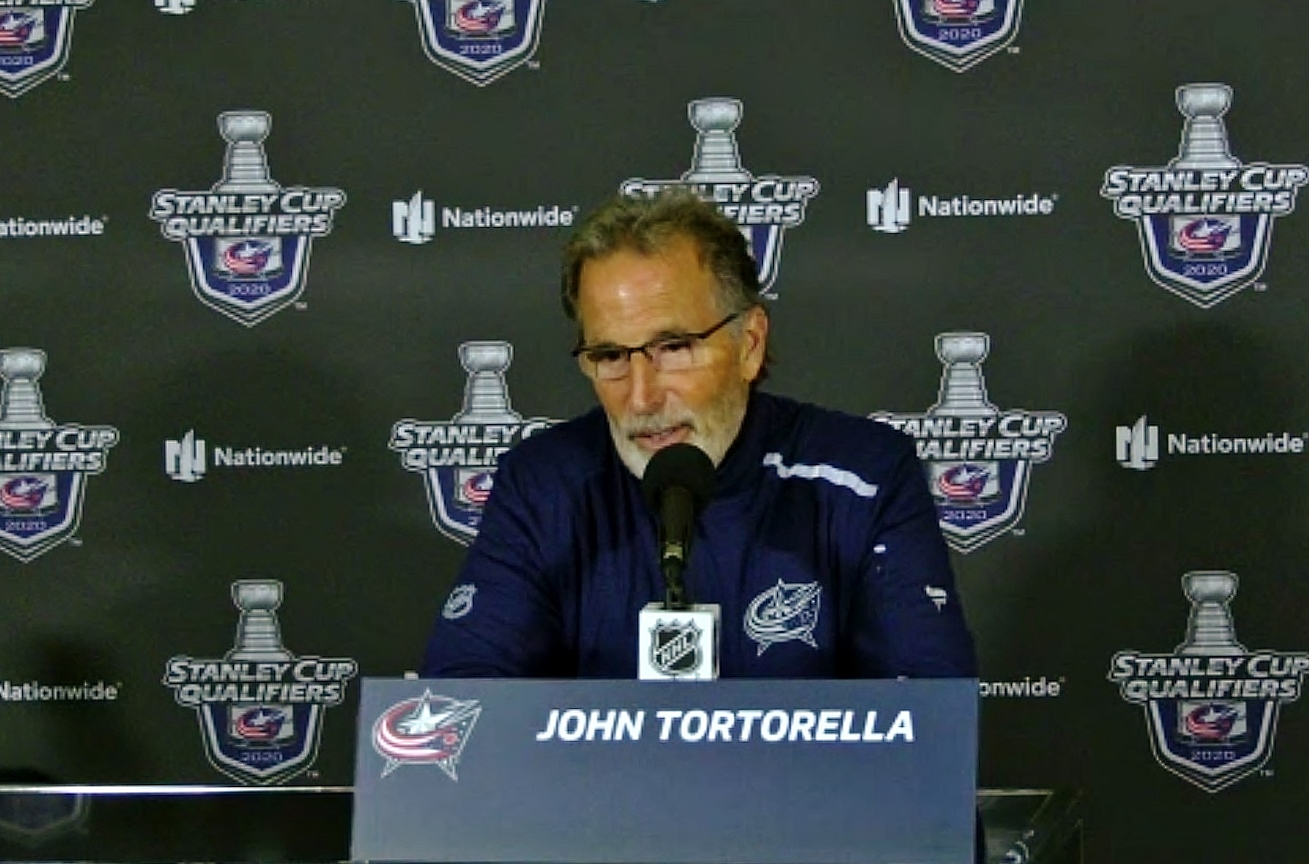 The Blue Jackets won the first ever winner-take-all postseason game in team history.

They beat Toronto 3-0 to eliminate the Maple Leafs in Game Five of the best-of-five Eastern Conference Qualifying Round of the Stanley Cup Playoffs.

“It’s a group that, we don’t do it the easy way,” said coach John Tortorella, “We just try to go out and play. Yeah, I’m proud of them.”

Zach Werenski opened the scoring in the first period. The defenseman was back in the lineup after leaving the ice with an apparent upper body injury with 9:08 remaining in regulation of the team’s tough 4-3 overtime loss Friday.

Toronto native Liam Foudy added another tally in the third.

“It was amazing,” he said. “Growing up being a huge Leafs fan, always pulling for them, and being able to come here and play in this series against them, and beat them, and score my first NHL goal, it’s something I’ll never forget. It’s a special moment.”

Nick Foligno rounded out the scoring by skating the puck into the empty net with 23 seconds remaining.

Joonas Korpisalo had returned between the pipes for Columbus. He started the series in goal, but gave way when coach John Tortorella switched to Elvis Merzlikins in order to try to change momentum, down 3-0 in the second period of Thursday’s Game 3.

“We were all nervous as the season started when we had some departures,” Tortorella said, referencing the fact that goalie Sergei Bobrovsky, and forwards Artemi Panarin and Matt Duchene left in free agency. “We were nervous about what our goaltending was going to be. We don’t have a sniff of being here if not for those two guys.”

Korpisalo recorded 33 saves in his second shutout of the series.

The club’s defensive success against the team ranked third in the regular season in scoring was much greater than that of Columbus on the power play. The Blue Jackets were 0/14 in that category.

Columbus will now face the Tampa Bay Lightning. It’s a rematch of last year’s first round matchup, in which Columbus knocked out the club with the NHL’s best regular-season record.